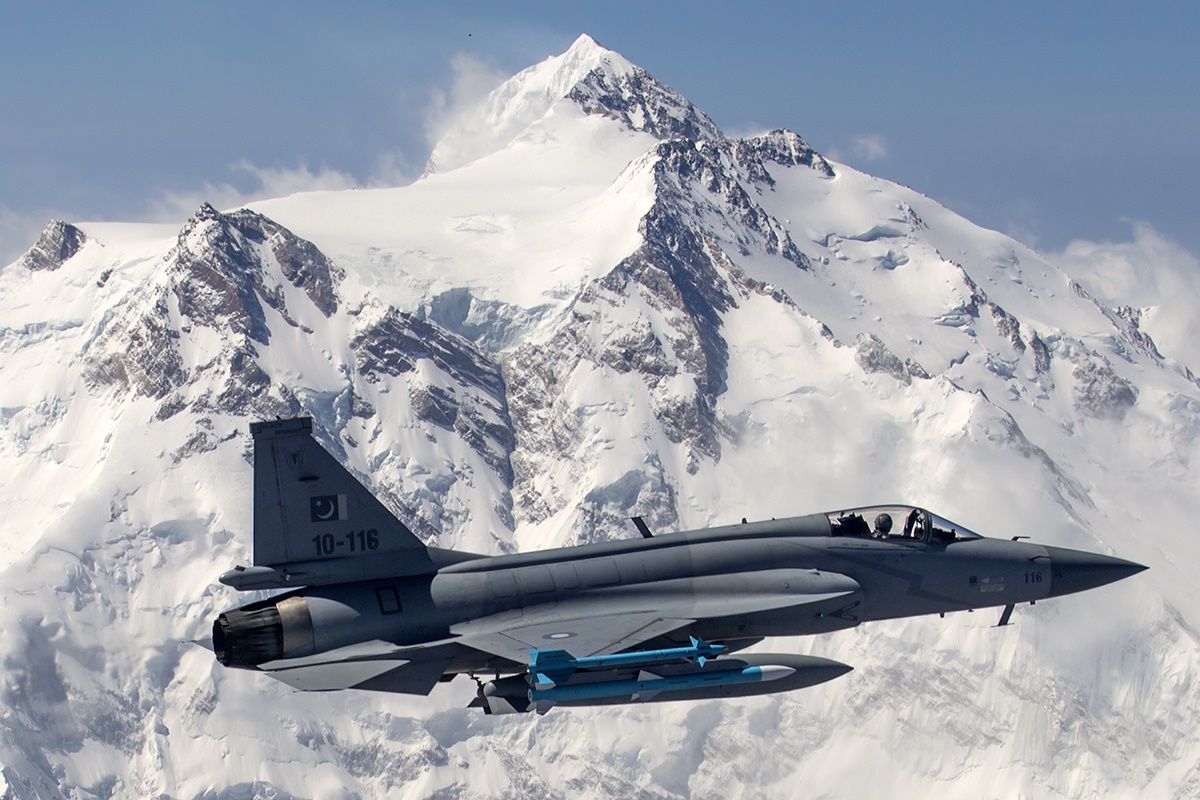 ISLAMABAD — Nigeria’s Air Force officially took delivery of three JF-17 fighter aircraft Friday during a ceremony at a base in Makudri amid celebrations marking the 57th anniversary of the service.

The fighters were handed over by Pakistan Aeronautical Complex, which constructed the aircraft and was responsible for their delivery. This marks the latest development in the Pakistan Air Force’s involvement in the Nigerian Air Force’s modernization program.

A Pakistan Air Force news release stated the ceremony was attended by high-ranking officers from both forces.

The chief guest, Nigerian Defense Minister Bashir Magashi, thanked Pakistan and its Air Force for their role in modernizing the local service and helping Nigeria meet its security challenges.

“We are happy and excited on the addition of JF-17 fighter aircraft from Pakistan,” he said.

The Pakistan Air Force’s vice chief of the air staff, Air Marshal Syed Noman Ali, pledged the manufacturers and the service will continue their support in helping Nigeria meet its air power requirements.

“The NAF has decided to induct the JF-17 in stages, as it does not have the wherewithal to support a full squadron strength all of a sudden. More aircraft are to be inducted in the coming months,” Tufail said.

The Nigerian service has historically struggled to keep its aircraft operational, but aerospace expert Justin Bronk of the Royal United Services Institute think tank believes this may no longer be an issue.

“I’d say that one of the key attributes of the JF-17 for Nigeria is the ease of maintenance, which one would expect the type to offer; the combination of light airframe with modern manufacturing techniques, proven (if rather old) Russian engine based on the RD-33, and digital electronics should allow the country to generate better readiness than with previous fighter fleets,” Bronk said.

However, he added, “with only a few on order so far, it remains to be seen whether these theoretical benefits add up in practice.”

The Nigerian Air Force’s main operational and security concern remains the militant group Boko Haram in the country’s north, and Tufail believes the JF-17 will make a considerable impact in addressing the threat.

“The aircraft is quite suitable for [counterinsurgency operations], as it carries a wide variety of weapons, including several with considerable stand-off ranges,” he said. “The electro-optical pod is also available for pinpoint attacks round the clock. The aircraft is likely to prove a game changer, and Boko Haram is going to be on the run.”