Pakistan: Ceasefire with TTP will have precarious repercussions 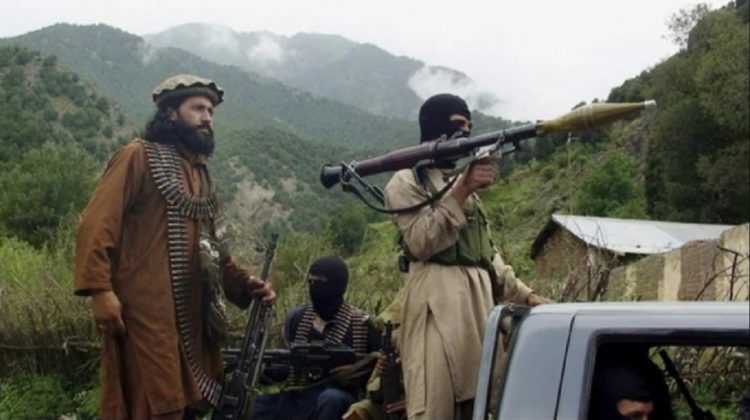 What goes around; comes around!! This proverb describes, most aptly, the fragile situation presently prevalent in Pakistan. Having given wind to the cult of terrorism, the nation is now paying a terrible cost for its misdeeds. The current prime minister of the country, Imran Khan, was once a poster boy of the militant warlords who held sway over his homeland and political constituency of Khyber Pakthtunkhwa, chief among them being the Haqqani Network (HQN) and the Tehreek-e-Taliban Pakistan (TTP).

The story goes back to the times when these organisations were against the US sponsored so-called Global War on Terror (GWOT), and as such, in conflict with the “Pakistan Establishment ” under President Pervez Musharraf. They were supported by the Afghan Taliban. The Pakistani army was compelled to launch two massive operations – Operation Zarb-e-Azb, (Great Strike) in 2014, under then Pakistan Army Chief, General Raheel Sharif, followed by Operation Radd-ul-Fasaad (elimination of discord or violence) by General Qamar Bajwa in 2017. Operation Radd-ul-Fasaad was launched to give an impression that Operation Zarb-e-Azb has been successful in breaking the back of militancy and only “mopping up” remained which would be done by the operation.

The fact was that Operation Zarb-e-Azb was an unmitigated disaster. It was designed to flush out militants of the TTP, Islamic Movement of Uzbekistan, East Turkestan Islamic Movement (ETIM), HQN etc. from North Waziristan. The militants to be targeted, especially the leadership, were tipped off by some within the Pakistan Army itself long before the operation commenced and they had left the area. Thus, instead of neutralising militants, the operation led to the death of thousands of innocent people and the displacement of millions who are still limping back to destroyed homes and shattered lives.

It was under these debilitating circumstances that the Pakistan Army hit upon the idea of using Imran Khan to control the militants who were creating mayhem in the frontier provinces. Accordingly, the elections for the federal government in 2018 were rigged; Imran Khan’s Pakistan Tehreek-e-Insaf (PTI) emerged victorious and he was hoisted as the prime minister of the country.

Among the many failures of his almost four year rule of the country, the inability to control TTP, HQN and other militant organisations operating in his home territory is, by far, the most significant. TTP insisted upon the government meeting its basic demand of introducing Sharia in Pakistan and immediate release of its cadre who are in detention in Pakistan prisons. Since the government could not meet the demands, the conflict continued.

In mid-2021, TTP launched a series of attacks in the form of suicide bombing, IED blasts, sniper attacks, ambushes etc. In a recorded message in October, 2021, Noor Wali Mehsud, the supreme leader of the TTP, said that his organisation will free all tribal lands from Pakistan and make them independent. “Pakistan Army is a colonial legacy; Pashtuns are divided because of the Durand Line. Our fight is with only Pakistan as we are at war with Pakistan Armed forces,” said Mehsud.

Many Pakistani soldiers have been killed in this ongoing conflict. More significantly, many Chinese working on the China Pakistan Economic Corridor (CPEC) have also been killed, which has led to pressure on Khan from the Chinese leadership to control TTP and its offshoots under all circumstances.

On being caught between the devil and the deep sea, Prime Minister Imran Khan initiated secret talks with the TTP with the assistance of HQN which also has been pressurised by China. On 8 November 2021, Pakistan’s Minister for Information and Broadcasting, Fawad Chaudhry, said that the Pakistani government had reached an agreement for a complete ceasefire with the TTP. He added that authorities in neighbouring Taliban-controlled Afghanistan had facilitated the talks. The ceasefire will keep on extending as the negotiations progress. The deal materialised only after the Pakistani government released more than 100 TTP fighters including top commanders.

The entire political leadership in Pakistan is now up in arms against Imran Khan. “The problem is that the government hasn’t taken parliament into confidence and has gone about talks with the TTP unilaterally, which is not right,” said Bilawal Bhutto-Zardari, chief of Pakistan People’s Party (PPP).

The political leadership further feels that the talks, if at all, should have been held from a position of strength; in the present scenario the prime minister is perceived to have succumbed to pressure. The militants are insisting upon Sharia at least in the Tribal belt, break down of the fencing with Afghanistan and permission for them to retain arms which, Pakistani opposition leaders feel, is not agreeable to any self respecting government.

Now, if the government does not accede to the terms the TTP will get even more belligerent and difficult to contain. The larger implication would be proliferation of the more radical interpretation of Islam which is looked upon by the world as a big ideological danger. Pakistan, therefore, will not only face Chinese wrath but also considerable international repugnance.

Resumption of operations will lead to more suffering for the desperate people of the region who keep getting caught in the crossfire of two very rabid and sadistic establishments. As it is there have been several human rights violations reported in the area the main being unlawful/arbitrary killings, forced disappearances, torture, rape, loot and the like.

The manner in which the situation is evolving gives an impression that the fundamentalist Islamic forces in Pakistan will have a larger say in the policy and governance of the country in times to come. This implies that the nation will go into the hands of partially educated, rabid forces that will regress it into medieval times by imposition of the most stringent form of Sharia.

By initiating talks with TTP Imran Khan has, once again, put his nation into a precarious internal security situation. With this ceasefire he has given the TTP militants time to recoup since, as before, they are unlikely to abide by its terms.