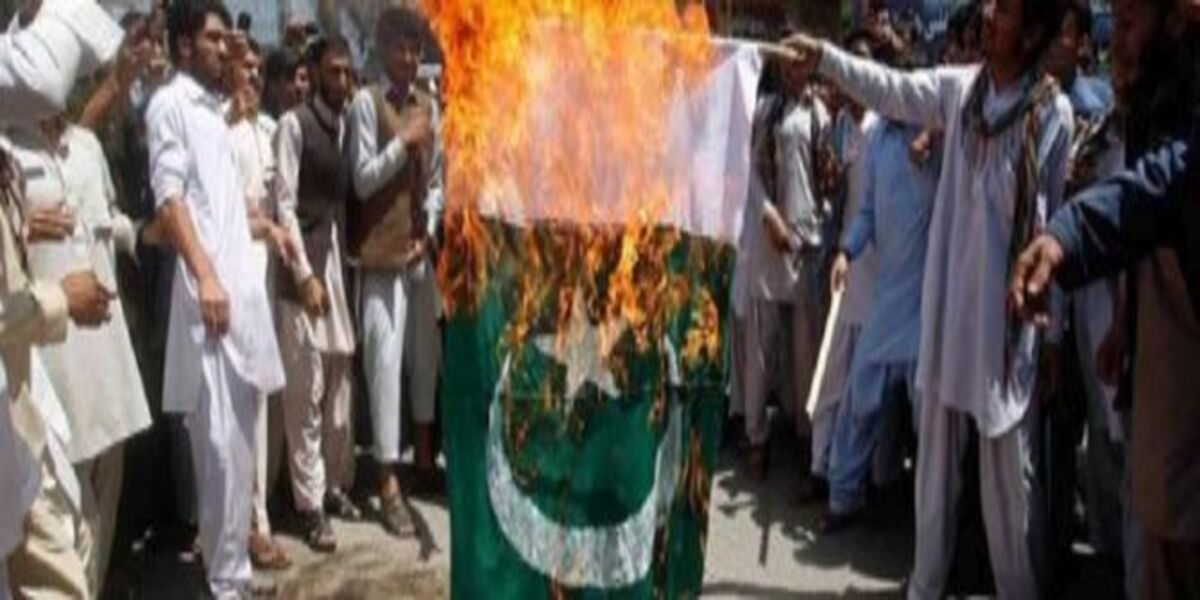 The problem of Pakistan is a continuing greater political economic issue, nexus of power exists in Pakistan between the landlords, the military, the bureaucracy and what he calls “the Metropolitan capital”

Why is military so dominant in Pakistan? How do the democratic forces deal with the changing policies of the military political leadership? What will be the future of Islamism in Pakistan? Where Pak is heading on economic front? These are the critical questions one asks to himself when sees the present political turmoil and under currents in the society of a young population which is daily battling with unemployment and high inflation.

Despite tremendous efforts on the part of the secular and religious forces, and the creation of many civil institutions, there is no effective institutional counter balance to the military. In fact, some military leaders are effectively linked to the civil society and have co-opted these forces to their own interests. General Zia-al-Haq’s Islamization process (1977-1988) and support for the Islamists empowered such groups, which the military regime manipulated in its own domestic and foreign policies.

Pakistan’s last general elections were held in 2018 with, Imran Khan emerging victorious. Khan came to power with majority, but opposition always called a selected govt which was brought in by military. Opposition parties formed an alliance called the Pakistani Democratic Movement which they explained to be similar to the Non-Cooperation Movement during the partition of India. PDM aimed to hold countrywide rallies and protests against the government in power. The members of this alliance felt that the general elections were rigged and Imran Khan came to power solely because of the army which they believed was providing the PTI government ‘fake stability’. They additionally believed that the military interfered with the elections to bring a ‘puppet government’ to power through which they can control the country. Opposition parties has always expressed their ‘extreme concerns’ over the army’s involvement in the country’s internal matters; a classic example of the same can be seen when COAS Gen. Bajwa met with agriculturalists and businessmen in Pakistan to convince them to pay their taxes on time and increase exports to support the economy. This clearly shows that army chief runs the show and makes each decision small or big from behind the curtain and at times from the front in the form of coup or destabilizing the govt that clearly in a democracy is no acceptable.

Another example of the military’s interference in non-defense-related matters and the powers that Gen. Bajwa holds is highlighted when Bajwa got a 3-year extension as COAS. The Supreme court’s order for the same lacked legality and became highly controversial, resulting in a court case. On 28th November 2019, the SC ruled to extend Bajwa’s tenure by 6 months and ordered the parliament to formulate ‘New Rules’ in the Army Act and the 1973 Constitution for the process. This clearly shows that even the judiciary does not have a say against the COAS. This example also reflects the overall societal degeneration of Pakistan, where the Judiciary in an ideal democratic state is considered the most important and powerful machinery to ensure upholding the rule of law and representing and protecting the rights of the people, is miserably failing to follow the same.

It’s was not just the decisions that the army has taken that proves the undaunted support that Imran Khan was getting from them, it was also the decisions that the PTI government has took since they have come to power that proves the very same; a direct example is when the PTI government came to power in July 2018, social media platforms like Twitter were swamped by open and discreet campaigns by the party advocating Pakistan’s return to a Presidential system with a centralized state structure. In June 2021, an Urdu hashtag was trending on Twitter that translated “Pakistan’s Presidential system is around the corner”. This means that one agenda of Imran Khan’s government is to revoke the 18th Amendment of the constitution that in 2010 took away the President’s power to unilaterally dissolve the parliament. This amendment benefited everyone except the army, it took away the military leaders’ ability and even aspiration to be able to rule the country directly. So, the PTI’s decision to bring back the Presidential system is for no one else but the army. The problem of Pakistan is a continuing greater political economic issue, nexus of power exists in Pakistan between the landlords, the military, the bureaucracy and what he calls “the Metropolitan capital”, which based on Pakistan’s colonial legacy and evolution has results in an “overdeveloped” postcolonial state presiding over and underdeveloped society. In the present govt which is also believed to be the puppet of army but the army leadership denies the same and army chief is quite vocal about asking its generals to stay away from the politics as mentioned in one of his latest interviews, but the said truth is the army is consolidating more power by arm twisting. The latest example is involvement of ISI in appointments of civilian at the posts which are considered to be very important for an institution to function and the present govt is the one who allowed this to happen – “A sheer appeasement policy”.

Reasons of Army’s Influence Over A Democratically Elected

As mentioned in the introduction, Pakistan has been ruled by four different military rulers under three different military coups, which allows us to safely assume that no one generation in Pakistan has seen a complete democratic rule, the military has always been involved so the people of Pakistan have started to accept these interferences and control in the democracy. Decades long ‘patronage politics’ has systematically weakened the politics in the country. Second half of 2019 saw a plummeting economy and rising inflation. But patronage politics deprived people of their capacity to protest and conduct political movements. This clearly shows that Pakistan’s lack of experience with democracy and excess experience with patronage politics now has a direct impact on the expectations that the citizens of Pakistan have concerning a leader.

Theoretically one wouldn’t expect an army that has since its inception had the availability of excess power and control over the entire country to suddenly give it up for a system like ‘Democracy’ which is so utopian to them. But the real problem is not Democracy, it is that the military leaders feel that the political leaders in the past have failed to deliver Good Governance hence, they believe they can do what the politicians failed to do. Once the military has been exposed to supreme political powers like the ones under the cover of martial law or emergency decrees, they are reluctant to surrender all such powers. The ruling generals sometimes resign their military rank and civilianize their regime by co-opting civilians, a course that was adopted by Gen Ayub Khan.

The military commanders can transfer power to those who share their political perspective or establish a puppet civil government (like the PTI under Imran in recent past and now Sahbaz coalition govt is currently accused to be); They may keep an eye on the civil government after withdrawing to the barracks from which they can pressure the civilians to adopt policies of the military’s choice (also what the army seems to be doing currently).

The Pakistani army is no doubt facing a lot of backlash from PTI so there is visibly an increase in the pressure faced by both the military and Sahbaz Sharif’s government. With Imran now sitting in opposition there is very critical situation, PTI has become very aggressive for the army, and openly accused the army for removal of Imran. The current economic situation of country is in shambles and continuously deteriorating. Corruption and inflation is on all-time high, rupee is continuously tumbling. It is again a favourable ground to another coup but from behind the curtain in the name of national security. It is very common now in Pak that everyone speaks against army, especially in the civil bureaucracy, which is totally against retired generals on key appointments.