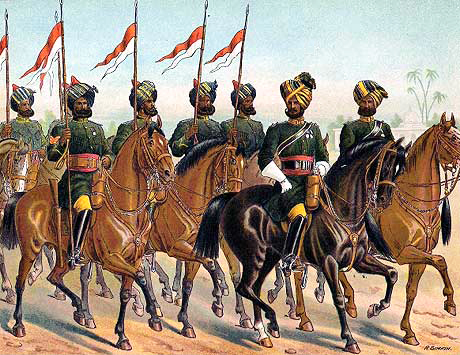 At the time of independence of the country in August 1947, Pakistan Army inherited six armoured regiments from the British Indian Army. For training of officers and men of Pakistan Armoured Corps, the Armoured Corps Centre and School was established at Nowshera in 1947 which also had a School Wing under it.

With the passage of time, more armoured regiments were raised, the organization of the School and the related facilities expanded correspondingly. In 1956, it was named “The Armoured Corps School”.

The School of Armour and Mechanised Warfare is located at Nowshera cantonment in the North West Frontier Province of Pakistan. The cantonment is situated 48 kilometers east of the Provincial Capital Peshawar and 128 kilometers west of the Federal Capital Islamabad. It is beautifully located along the bank of the Kabul River and right on the Grand Trunk Road linking Lahore, Rawalpindi, Islamabad and Peshawar. Nowshera is a medium sized city, having a number of Army training establishments. Across the river, just at a distance of about 8 kilometers lies Risalpur a small cantonment in which the Pakistan Air Force Academy and some other training establishments of the Army are located. Nowshera also serves as a gateway to the picturesque Swat valley and further north to the Chitral valley via Lawari pass. The climate in peak summers varies from 40°C – 45°C and in extreme winters it drops down to -°C.

Squash, tennis courts, gymnasium, cricket and an excellent golf course (adjacent to the Kabul River) are available on obtaining membership at Services Club Nowshera. The Club organises musical evenings periodically. Members may also organise their own social gatherings at the club.

Facility of Internet is also available to the students within school premises.

School campus presents a very attractive and scenic view, being located right on the bank of Kabul Rivet. Fast current of River Kabul adds a classic touch to the scenery. The campus mainly comprises following:

The School of Armour and Mechanised Warfare is one of the elite institutions of Pakistan Army. Over a span of almost five decades, this school has improved tremendously, whether it is training or administrative aspects. The school has had the honour of training about 574 foreign students.