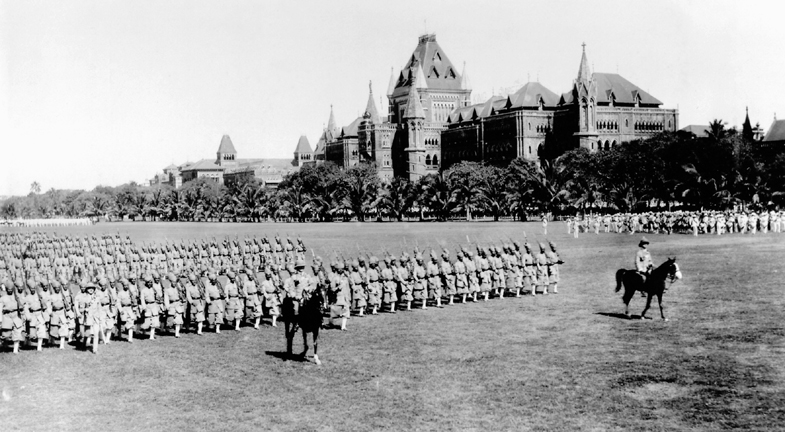 The present Baloch Regiment is the result of an amalgamation of three very distinguished Infantry Regiments of Old Indian Army i.e., 8 Punjab, 10 Baloch and Bahawalpur Regiments. The amalgamation took place in 1956. Brief histories of each group are mentioned in the succeeding paras.

The history of the Regiment dates back to the year 1798 when “McLeod Ki Paltan”, the present one of the battalion of the Baloch Regiment, was raised at Masulipattam. After some time, it came to be known as 89th Punjabis. Later 90th, 92nd and 93rd Punjabis (presently Baloch Battalions of the Regiment) were also raised and the group got the name of “Madras Native Infantry”, as these battalions were raised at Madras.

During World War I, 124th became famous as “War Babies”, while fighting in Palestine in 1918. It was renamed as 10th battalion and stationed at Karachi as a training battalion in 1921. The battalions were renamed as 1/10, 2/10,3/10 and 4/10 Baloch etc. The 1st, 3rd and 5th battalions were the Royal Battalions. Their attire, however, was not royal blue but green and cherry, and the Regiment adopted these colours. In 1923, the training Centre shifted to Rajkot, Kathiawar but was again brought to Karachi in 1929. The group expanded during World War II, and its units fought with distinction in many theatres of War, winning awards and contributing to the galaxy of the Battle honours.

His Highness Nawab Muhammad Bahawal Khan Abbasi IV raised the first Bahawalpur Battalion in 1826. Another battalion, the 2nd Bahawalpur, was raised in 1827. These battaions became part of Indian State Forces later and came to be known as 1st and 2nd Bahawalpur Light Infantry respectively. Both these battalions fought with distinction during the first and second Kabul Wars in 1837 and 1879 and later during the both World Wars. During World War II, two more battalions were raised. Thus the Bahawalpur Regiment had four battalions at the time of Independence. The 1st and 2nd Bahawalpur Battalions were effective in subduing Mulraj during 1848/49, which helped to restore Multan to Muslims influence later on.

As a sequel to the general reorganization of the Pakistan Army, the 6th (Bahawalpur) Division was disbanded during 1955 and the four battalions of the Bahawalpur Regiment were amalgamated with the Baluch (present Baloch) Regiment in April 1956.

The Baloch Regiment played very significant role at the time of independence in 1947. A number of its battalions became famous for escorting refugee families safely to Pakistan. In Kashmir War of 1948 one of the Battalions of the Regiment captured the dominating height called “Pandu Feature” and evicted the Indians from there.

As a sequel to the general reorganization of the Pakistan Army, the 6th (Bahawalpur) Division was disbanded during 1955 and the four battalions of the Bahawalpur Regiment were amalgamated with the Baluch (present Baloch) Regiment in April 1956.

One of the battalions has the unique honour of presenting the first GUARD OF HONOUR to Quaid-i-Azam, Muhammad Ali Jinnah immediately after Independence and in return being awarded the First Pakistani Flag by the Quaid-i-Azam personally.

At the time of Independence, the Centre of 10 Baloch Regiment was located at Karachi. It had nine battalions. Immediately after Independence, the Centre was moved to Quetta where it remained till April 1956, when it was shifted to Multan. On 7th May 1956, the present Baloch Regiment came into being by the amalgamation of 8th Punjab Regiment and Bahawalpur Regiment into the Baloch Regiment at Multan and this day is called the BALOCH DAY in the history. 8th Punjab Centre and Bahawalpur Centre were closed at Quetta and Dera Nawab Sahib respectively and their records were brought to Multan. The 8th Punjab Regiment added eight battalions.

The Bloch Centre moved to Abbottabad in the last week of December 1957 and there it has remained ever since. The Regimental Centre was last to arrive in Abbottabad. Today, it has added into the glories of Abbottabad. The Centre has magnificent buildings, which depict its history and culture. The Balochis, as painted by R D Mackenzie, a British artist of the late Nineteenth Century, are fierce looking, stern featured, eagle eyed, turbaned horsemen with long hair and flowing beards, all armed with guns.