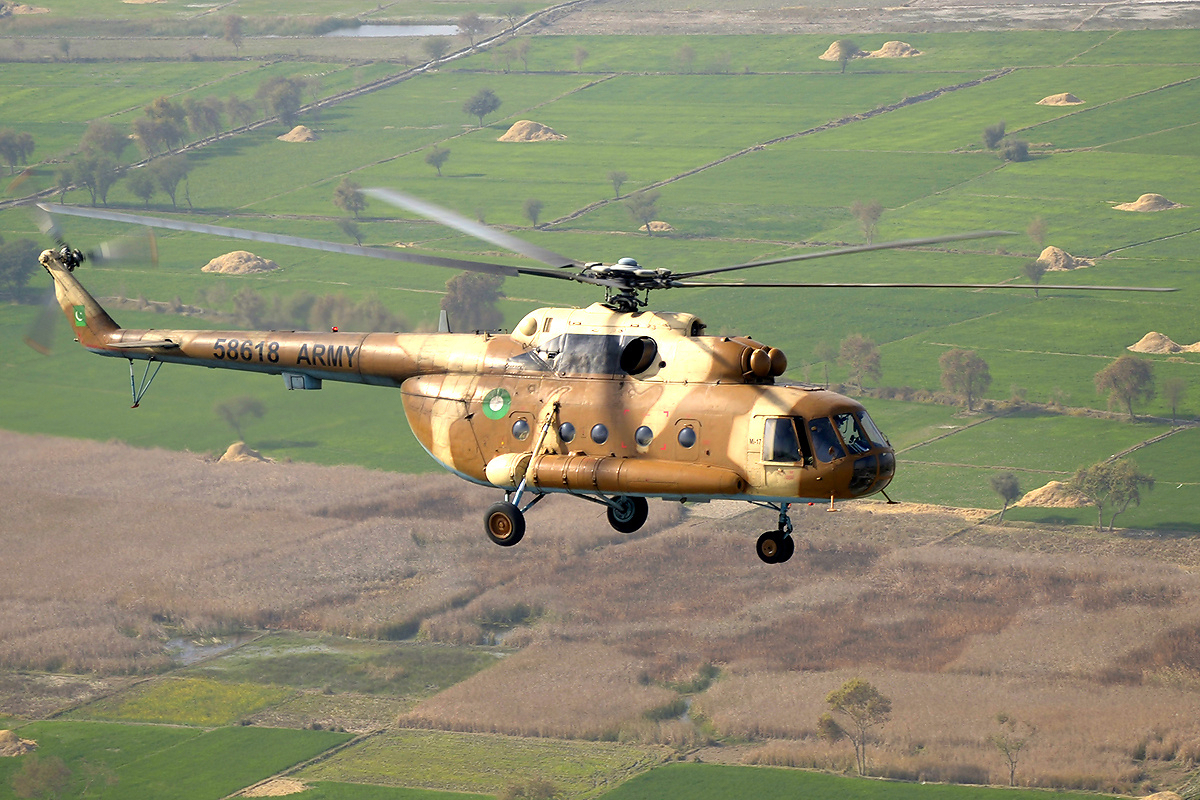 In 1947, at the time of independence, Pakistan inherited four fabric covered Auster airplanes. These were part of an “Air Observation Post Squadron”, which was deployed in Lahore in support of Punjab Boundary Commission. These four Auster aircrafts were grouped in Chaklala as 1st Air Observation Post flight forming the nucleus of Pakistan Army Aviation Corps.

The first important acquisition of Army Aviation was the induction of L-19s in 1958 and OH-13s which were received after the Korean conflict as part of US Aid. 1960s saw induction of Alloutte-III from France and MI-8s from Russia. With the enhanced canvas now possible, the induction of pilots which was being made from Artillery alone was made open to all arms. It became a separate Corps in 1977.

Army Aviation today has a reckonable fleet poised for a definite and critical role be it peace or war.

Composite squadron integral to each corps comprises single engine fixed wing and rotary wing aircraft. Tasking of these aircrafts is

Alouette-III helicopter of French origin was inducted in mid sixties to support the construction of Karakuram Highway. This helicopter proved extremely effective in Northern and AK areas. Siachin conflict, however, confronted Army Aviation with altitudes, where Alouette-III helicopter was stretched to the maximum limits of its capabilities and its load carrying capacity reduced tremendously. A need was felt to induct a suitable high altitude helicopter. Induction of Lama and MI-17 helicopters significantly enhanced Aviation support to troops deployed in high altitudes. However, Alouette-III and Puma helicopters are still operating upto 4000 and 6000 meters respectively. This high altitude aviation support mainly includes:-

Aviation support has been extended to the friendly countries on numerous occasions for enhancing the friendly ties. Some of these missions are as under

In 1976, on the eve of independence of Mozambique, technical support of pilots, engineers and maintenance persons were despatched to Mozambique for making their helicopters airworthy and training of their pilots / technicians