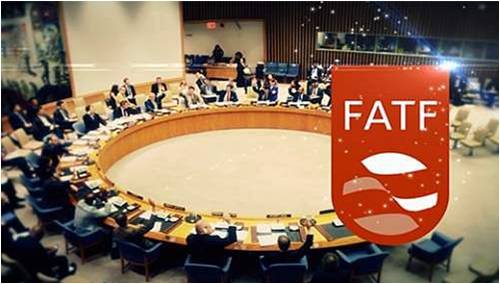 Pakistan has been on the FATF (Financial Action Task Force) grey list since June 2018. FATF is a body, established in 1989, tasked with controlling money laundering. Post 9/11, its mandate was enhanced to include countering terrorist financing and in 2012, its role was further expanded to incorporate countering financing to prevent proliferation of weapons of mass destruction. The grey list, in which Pakistan remains, is increased monitoring for shortfalls against money laundering and terror financing.

Pakistan is not new to the grey list. It was initially its guest in 2008, subsequently from 2012-15 and is currently has been there since 2018. Being on the grey list adds to difficulties in assessing funds from global financial institutions. The IMF and other global financial institutions have been demanding that Pakistan comply with the FATF’s directions prior to funding.

In March this year, the FATF announced that Pakistan would remain on the grey list, even though it had fulfilled 26 of the 27 listed action points. The pending issue was “prosecution of senior leaders and commanders of UN proscribed terrorist groups”. It was FATF pressure which led to Pakistan sentencing Hafiz Saeed, the founder of the Lashkar-e-Taiba (LeT), to 31 years in prison in Apr this year. LeT has been blamed by the US and India for the 2008 Mumbai attacks. He was not jailed for terrorism but for terrorist financing.

In January 2021, Pakistan had similarly sentenced Zaki Lakhvi, a LeT operations commander, to five years for terrorist financing. The sentencing of both were timed to coincide with the meetings of the FATF or its affiliate APJG (Asia Pacific Joint Group).

The recent arrest and sentencing of Sajid Mir to fifteen and a half years, also for terrorist financing, in early June, was again aimed at placating the FATF. Sajid Mir was directly in communication with terrorists during the Mumbai attack. He was also the handler of David Coleman Headley, currently under US custody. Pakistan had initially declared that Sajid Mir does not exist, then stated that he was deceased, however, with FATF unrelenting, he was arrested and sentenced. It is known that Pakistan arrests only those who have outlived their utility.

Prior to the June meeting of the FATF, there were reports that China, Malaysia and few other nations, including possibly the US, were working quietly to bring Pakistan out of the grey list, mainly on account of its poor financial condition. The FATF announced on 17 June that it would take its final decision on Pakistan post its team’s visit to the country later this year. Pakistan may finally be out of the grey list. Possibly Masood Azhar, currently claimed missing, would also be sentenced prior to the visit of the FATF technical team.

It is to save Pakistan from further FATF pressures that China imposed a technical ban on the deputy leader of the LeT, Abdul Rehman Makki, from being designated a global terrorist by the UNSC. A technical ban lasts for six months, enough for Pak to exit the FATF Grey List. India and the US had pushed the case. Had he been designated Pakistan would have been compelled to punish him, prior to being permitted to leave the grey list.

In his memoirs, Musharaff mentions that Pakistan was paid millions of dollars by the CIA for handing over 369 Al Qaeda operatives. These included Khalid Sheikh Mohammed, the architect of 9/11. The payments were clandestine as they were paid to a state. This also cemented Pakistan’s relations with the west, enabling it to play both sides, including supporting the Taliban. Reports mention that Musharaff also sold Dr Aafia Siddiqui to the US for $55,000. She is currently serving an 86-year sentence in the US.

American investigative journalist, Seymour Hersh, stated in an interview to Pakistan newspaper Dawn, “In 2010, a former senior Pakistan intelligence officer (currently settled in the US) approached the CIA station chief in Islamabad and offered to tell the CIA where to find Bin laden.” It was reported that he was paid $25 million, the offered ransom. Seymour added, “the most blatant lie (circulated in Pakistan) was that Pakistan’s two most senior military leaders, General Kayani (the army chief) and General Pasha (ISI chief) were never informed (of the US special forces raid to eliminate Bin Laden)”. The Pakistan army chief had insisted that Osama be killed (not captured). Despite all claims, the Pakistan Army was complicit in the elimination of Osama bin Laden. Whether it was paid for its silence is unknown.

Attorney Robert F Horan was the prosecutor in the murder trial of Mir Aimal Kansi, a Pakistani who killed two CIA operatives in Virginia in 1993, subsequently fled to Pakistan, only to be captured and brought back post announcing a reward of $2 million. Horan stated during the course of the trial, “I am sure there are people over there (Pakistan) who would turn in their mother for $20,000, let alone $2 million.” Pak clergy protested these remarks but then this has been historically true for Pakistan.

The FATF compelled Pakistan to act against some terrorists. It also led to Sajid Mir rising from his ISI created grave. Pakistan’s history of handing over terrorists is food for thought for the current Pakistani leadership, especially as the country negotiates a financial crisis. Handing over those on whom bounties exist could provide financial relief, apart from enhancing Pakistan’s global image. Maybe India could also haggle for Dawood Ibrahim on financial terms. Precedence exists within Pakistan, just needs to be repeated. After all Pakistani’s are known to sell even their family members for a few dollars.

Unrest in POK in stark contrast to development in J&K