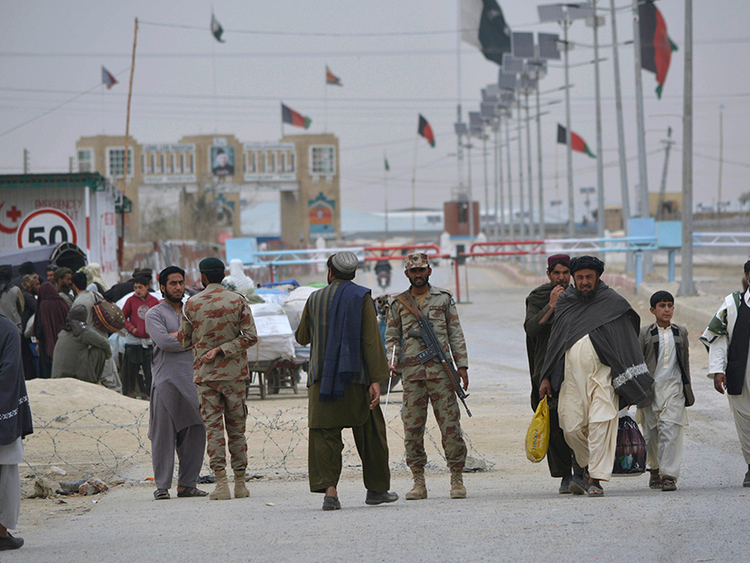 The two sides agreed to conduct a geological survey of the border villages to “remove discrepancies.”

Kashif Nabi, a local administrator in Pakistan’s Balochistan province said the surveyor teams, which included military officers, arrived in the border villages on Monday and were working “amicably.” He said the situation is calm but that the border crossing in the area remains closed.

Sartaj Aziz, the foreign affairs adviser to Pakistani prime minister, told reporters neither side wants “any violence between our two countries or any loss of life.”

He said diplomacy must overcome the “misunderstandings and restore trust,” though he reiterated Islamabad claims that Afghanistan fired first.

Aziz said the two sides also agreed to look at the demarcation line in the area.

“I hope in the next couple of days the issue will be resolved through meetings between local commanders as well as at the high level commanders,” he added.

Afghanistan refuses to recognise the so-called Durand Line, established more than a century ago when the British Empire controlled much of South Asia, as the international border. The line runs through the traditional homeland of the Pashtun ethnic group, which dominates Afghanistan and the border provinces of Pakistan.

At least eight civilians were killed on both sides in fighting that began when a Pakistani census team accompanied by soldiers visited disputed villages along the southern border on Friday.

Pakistan inherited its 2,400-kilometre border with its western neighbor when it gained independence from the British Empire in 1947, but Afghanistan has never formally recognized the frontier.

And while official Afghan maps reflect the so-called ‘Durand Line’, many nationalists believe the true border of their country ends at the River Indus that runs though Pakistan and gave India its name.

A senior Pakistani security source in Islamabad who requested anonymity said: “Officials from the geological survey departments of the two countries will conduct a survey, and they will also make use of Google Maps.”

A second official in Quetta confirmed the sides had agreed to a survey.

Internet firm Google complies with local laws in certain countries that compel it to show borders in line with national demands — for instance, its Indian site shows the entirety of disputed Kashmir as being controlled by India.

In Pakistan, however, the site shows the internationally-recognised de facto border, the Line of Control, marked with a dotted line to denote it is disputed.

Attempts by Pakistan to harden the traditionally soft border with Afghanistan through trenching and fencing that began in 2016 have been met with hostility by Kabul.

Ethnic Pashtuns living in the region have traditionally paid it little heed, with villages straddling the frontier that have mosques and houses with one door in Pakistan and another in Afghanistan.

Pakistani forces on Sunday elevated their rhetoric when they said they had also killed “more than 50 soldiers” in last week’s border clashes — a claim quickly rejected by Kabul, which said it lost two troops.