Pakistan: A Hapless Victim of Terrorism or Rawalpindi’s Machinations? 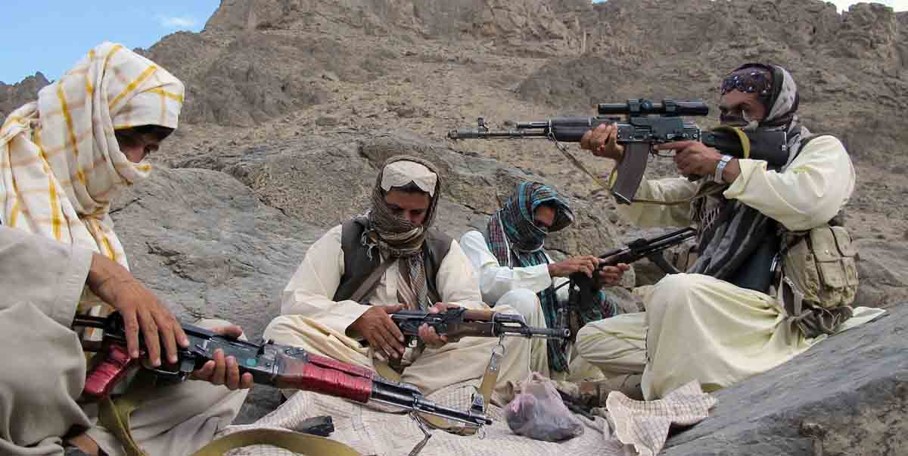 Islamabad is constantly complaining about being a ‘victim’ of terrorism and available data on terrorist acts in Pakistan and resultant loss of life and property due to the same indisputably validates this lament. However, despite its repeated allegations that terrorist violence in Pakistan is being orchestrated by India and even churning out countless dossiers, which according to Islamabad contain “irrefutable evidence” to buttress its claim, these haven’t evoked any meaningful response from the international community, and the reason is simple. Contrary to Islamabad’s allegation of global apathy and vested interests of the international community, the fact is that despite being high on rhetoric, its claims aren’t supported by any credible evidence.

A classic example of Islamabad’s wild insinuations concerns the anti-Pakistan Tehreek-e-Taliban Pakistan [TTP] terrorist group operating from Afghan soil. Prior to fall of the Hamid Karzai government, Islamabad consistently accused India’s spy agency Research and Analysis Wing [RAW] and its Afghan counterpart National Directorate of Security [NDS] of sponsoring and TTP and using it as a proxy to orchestrate terrorist activities in Pakistan.

Soon after Pakistan’s protégé Afghan Taliban seized power in Afghanistan, the then Information Minister of Pakistan Fawad Chaudhry proudly told the media during a press conference that “We should be satisfied to know with regards to the TTP, that for the first time the process of Indian funding [to them]-which had been going on for a long time, has ended and at this time they [TTP] are in disarray.”

A confident Chaudhry even went on say that “These internal challenges are not a problem for us. Our [belief] is that once they [TTP] stop having a funding stream from abroad, then it will be a big blow for them and the rest we will handle ourselves.” However, rather than suffering a “big blow,” as the interior minister had prognosed, attacks on security forces by TTP escalated to unprecedented levels and the “the rest we will handle ourselves” assurance turned out to be a damp squib as just two months after the fall of Kabul the then Prime Minister of Pakistan Imran Khan announced that Islamabad was negotiating a peace deal with this terrorist group.

Considering the fact that this terrorist group is besides being responsible for killing and injuring hundreds of army men and para military force personnel, also has the blood of 134 innocent students and 14 staff members of Army School Peshawar on its hands, this is indeed an iniquitous compromise.

Another typical example of blaming others for its internal woes can be seen Islamabad’s insistence that Washington is responsible for the problem of terrorism bedevilling Pakistan. In his tedious 2019 United Nations General Assembly [UNGA] speech, the then Prime Minister Imran Khan said, “We joined the war against the Soviets in the 1980’s. Pakistan trained the then “mujahedeen” at the behest of the Americans. The Soviets called them terrorists; the Americans called them freedom fighters. Then, Soviets left, US packed up. Come 9/11, now that we had to join the US and tell the same indoctrinated people this is now not a “freedom struggle” but “terrorism”. They suddenly saw us as collaborators; it became a nightmare & they turned against us.”

However, while Khan’s heart-breaking narration was a statement of facts, albeit craftily worded and that it failed to evoke any sympathy was obvious for several reasons. Firstly, America’s proxy war against the erstwhile Soviets in Afghanistan by using radicalised Islamists was both immoral and meant only to serve its own vested interests, but yet, Pakistan’s dictator cum President Gen Zia ulHaq still allied with Washington. Isn’t it a fact that Gen Zia did so just for the sake of making a fast buck through lavish US aid packages- remember the famous 1981 “peanuts” barb that he used to express displeasure over a $250 US million aid package”?

Secondly, it’s inconceivable that an experienced military man like Gen Zia was unaware that by serving as Washington’s minion and taking on the responsibility of radicalising and training ‘mujahideen’ at behest of the Americans, he was actually turning the country into a veritable breeding ground for religious indoctrination. To say that locals were insulated from the consequences of this dangerous indoctrination initiative that spawned religious extremism is, to say the least, denying the obvious.

Former Pakistan President and ex-army chief Gen Pervez Musharraf’s revelation endorses this inference. In an interview given to Der Spiegel in 2010, he proudly admitted that “We poisoned [the minds of] Pakistani civil society for 10 years when we fought the Soviets in Afghanistan in the 1980s. It was jihad and we brought in militants from all over the world, with the West and Pakistan together in the lead role.” [ Emphasis added]. Now with a man who’s served both as President and army chief himself admitting that under Gen Zia’s dictatorship, even ordinary Pakistanis were radicalised, would it still be appropriate to apportion full blame on Uncle Sam for the country’s woes?

Gen Musharraf also admitted that “In 1979, we had introduced religious militancy in Afghanistan to benefit Pakistan, and to push the Soviets out of the country. We brought Mujahideen from all over the world, we trained them and supplied weapons to them. We trained the Taliban, sent them in.” Not only this, Musharraf also went on to concede that “They were our heroes. Haqqani was our hero. Osama bin Laden was our hero. Ayman al-Zawahiri was our hero [Emphasis Added].” With such radicalised entities admittedly being hailed as heroes in Pakistan, it’s not at all surprising that religious fundamentalism took root and spread like wild fire there.

In saying that after 9/11, “we had to join the US [in the war against terror” , Khan deliberately misled the international community. The fact of the matter is that the US didn’t elbow-twist Islamabad into doing so – au contraire, it was the then Pakistani President Gen Musharraf, who in return for generous doles from the US, himself decided to jump onto America’s bandwagon! Most importantly, what Khan didn’t disclose in his impassioned UNGA speech was that how did terrorists, who were merely ‘hired guns’ and had no independent means of sustenance, not only survive but even flourish after the US left Afghanistan till 9/11. The answer to this puzzle isn’t too hard to find as Khan himself did so during his 2019 US visit by admitting that “we still have about 30,000-40,000-armed people who have been trained and fought in some part of Afghanistan or Kashmir”!.

Furthermore, by contending that after joining the US led war on terror, Pakistan had to “… tell the same indoctrinated people [terrorists] this is now not a freedom struggle but terrorism,” Khan has willy-nilly confessed that the terrorists who fought the Soviets in Afghanistan in the garb of ‘mujahideen’ were being patronised and sustained by none other than the Pakistan army’s spy agency Inter-Services Intelligence! He left no doubts whatsoever on this issue when he admitted that “They [terrorists] suddenly saw us as collaborators; it became a nightmare and they turned against us.”.

While Rawalpindi nurtured terrorist groups as ‘strategic assets’ for waging proxy wars against its neighbours and encouraged radicalisation and sectarianism, the people of Pakistan were the ones who had to face the blow-back of this perverse strategy in the form of terrorist attacks. so, in retrospect, it’s abundantly clear that Pakistan army’s ‘strategic asset’ policy of romancing terrorist groups has expectedly backfired. Surprisingly, it didn’t learn a lesson and brazenly disregarding Washington’s requests, continued to host Afghan Taliban for a decade with high hopes that after coming to power, Kabul would serve as an obedient and pliable vassal of Pakistan.

To doubly ensure this, Director General of ISI Lt Faiz Hameed air dashed to Kabul and secured influential government positions for members of Rawalpindi’s favourite and most trusted protégé- the Haqqani network. However, after coming to power, Afghan Taliban refused to play ball, and one of the first things it did was to disregard Islamabad’s request and unconditionally release more than 2,300 TTP fighters imprisoned in Afghanistan jails, including the terrorist group’s former deputy chief Maulvi Faqir Mohammad.

However, this was not all. To indicate its disagreement regarding the alignment of Pak-Afghan border as delineated by the Durand Line, the Taliban uprooted portions of the border fencing erected by Pakistan army and even used physical force to stop the fencing work. After Pakistan army carried trans-border strikes against TTP terrorist facilities inside Afghanistan, Chief Taliban spokesman Zabihullah Mujahid hit back and warned its erstwhile benefactor by saying “Islamic Emirate of Afghanistan [IEA] calls on the Pakistani side not to test the patience of Afghans on such issues and not repeat the same mistake again, otherwise it will have bad consequences.”

While feeling sorry for the people of Pakistan who are facing the consequences of Rawalpindi’s self-debilitating ‘strategic asset’ strategy, one is reminded of Hillary Clinton, who as US Secretary of State had way back in 2011 during her Pakistan visit, cautioned the Pakistani establishment by saying, “You can’t keep snakes in your backyard and expect them only to bite your neighbours,” and predicting that “You know, eventually those snakes are going to turn on whoever has them in the backyard.”

So, rather than blaming foreign forces for acts of terrorism inside Pakistan, it would do Islamabad a lot of good to look inwards and rein-in Rawalpindi. However, since Pakistan “is not a country with an army, but an army with a country, “this could indeed be a tall order!