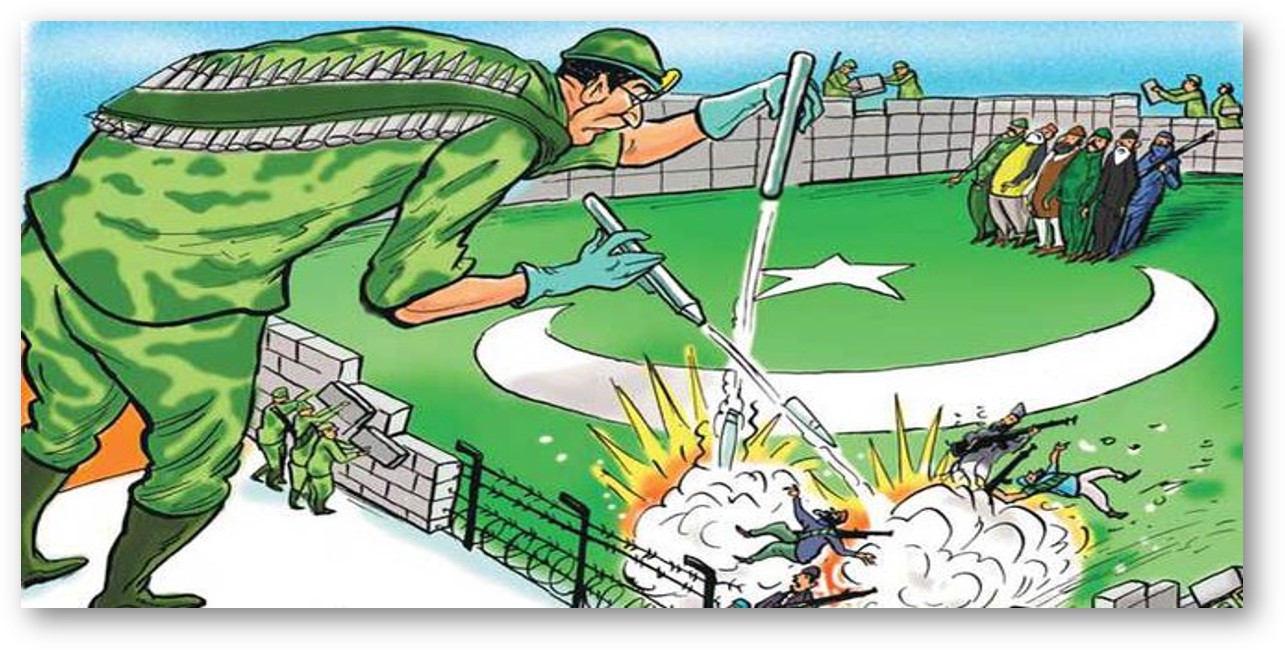 Pakistan, a nation carved out of India on religious basis post the Independence from British rule, has not witnessed a stable rule since its formation. Officially a federal Islamic Republic, it has had alternating periods of electoral democracy as well as authoritarian military governments. The provincial governments have a relatively high degree of autonomy & power, which often leads to clashes with the central government. Their new leader Imran Khan, whose claim to political power was based on a promise of a ‘Naya Pakistan’, seems to be falling behind. Pakistan is currently facing its worst economic crisis in the history & economic reforms as proposed by the Prime Minister seem to be a distant reality. Recently Pakistan Prime Minister Imran Khan admitted that country’s rising debts coupled with low tax recovery has become a national security issue. He further said that the government did not have the enough resources to spend on people’s welfare. According to a recent report, the country needs gross external financing of USD 51.6 Billion within a two-year period (2012-2023) in order to tackle the arising challenges.

There are many indicators to measure a nation’s progress & stability. Over the years Pakistan has failed to show positive signs on any of those indicators with prime reason being the instability of Government at the centre, focus in wrong areas & lack of long-term planning. The government of Pakistan has always faced impediments in the form of various religious entities & Military Generals to an extent that their main aim is to remain in power & not be consumed by another Military Coup or growing civil unrest. Many areas in the Pakistan are governed by the powerful religious entities rather than the ‘Rule of Law’ & of those which are governed by the law, religious bodies have a considerable say in the politics & control the events from the backstage through their influence on the governing body. Military & ISI are other prime concerns for the government. Their focus has never been on people’s development. An efficiently functioning government has adequate support from all the state governments, Judiciary, Police & Armed Forces, whereas in Pakistan’s case all these pillars of governance are fighting each other for a better share in riches & wealth of the nation rather than focusing on development of the nation. It is a well-known fact that not only the bureaucrats & politicians but even the Military officers create enormous wealth & properties by ill means within the nation & even outside it. The disastrous tendency of having local lords with more influence & power than the Law in certain areas in Pakistan has harped the progress to a great extent.

Only Pakistan & its policy makers are responsible for the current state of the nation. Since its formation Pakistan has initiated numerous wars with India & aided global terrorists. In order to compete with India, Pakistan keeps aside a large share of its budget for Military affairs & equally large is consumed in assisting & sustaining the terrorism in Jammu & Kashmir. Out of a total GDP of USD 280 Billion, Pakistan has allocated a whopping amount of USD 8.78 Billion for defence sector only. All these efforts have eaten a huge chunk of resources which, if put to correct use, would have been invaluable for the progress. As a result, Pakistan has a very low tax recovery, increasing inflation rates, low per capita income, power blackouts, low literacy rates & a swallowing debt. It is ranked very low in all global development indices. This hopeless situation has led to frequent mass unrests by civilians. On the other hand, the very terrorists that Pakistan had created have started creating nuisance for them. Rampant killings & bomb blasts have created an environment of terror & panic in the minds if common civilians. Due to this, FATF has placed Pakistan in the ‘Grey List’ & if the current circumstances continue, it might be downgraded to ‘Black List’ in the near future. Recently, New Zealand & England Cricket teams had cancelled their tours to Pakistan citing safety concerns. Though Pakistan had made a huge hue & cry about the issue at social media platforms, but the whole world knows the reality & no country would put its sportsmen at risk.

Whatever said & done, Pakistan’s political class is responsible for the current state of the nation & they would have to be answerable. Incompetent politicians have often taken wrong decision with misdirected focus in wrong areas. Corrective actions with respect to policies, expenditures & setting priorities would have to be taken at the earliest in order bring back the nation on track. Young dynamic leaders focused towards welfare of the people, rather than on aiding terrorism for the neighboring nations will have to come forward & contribute. Pakistan is already neck deep in Chinese debt trap & sees no way out in the near future. The bulk of funds spent to raise terrorists for spreading violence in Kashmir should be redirected towards the welfare of Pakistani civilians. The long-term planning for next five or ten years in unison with all the stakeholders needs to be done to arrest the fall of the nation, otherwise if the situation worsens further, the day is not far that Pakistan falls into its own trap, has rule of anarchy & it is shattered into a confluence of smaller nations.