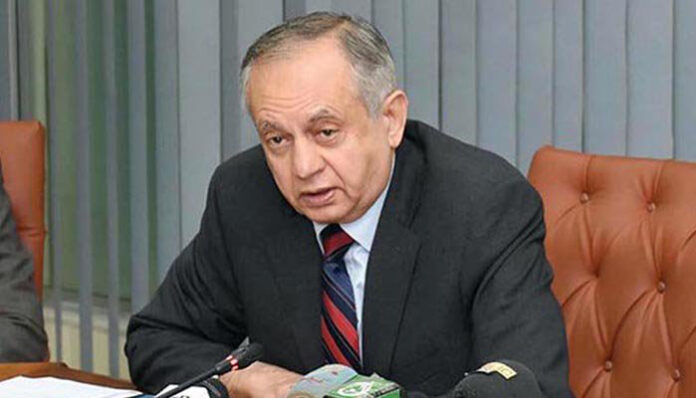 ISLAMABAD, May 28 (APP): Adviser to Prime Minister on Commerce and Investment Abdul Razak Dawood Friday informed the Senate that an agreement has been signed with Iran to construct markets at border to facilitate the traders of the area.

Speaking during Question Hour in the House, the adviser said the construction of markets would be started soon that would bring progress and prosperity in the area.

He said the government is making concerted efforts to promote exports through facilitation of the industrial sector; to reduce its costs, duties on raw materials have been rationalized.

The Adviser said that in addition to that, for export-oriented sectors gas and – RLNG prices have been rationalized at Rs.852/MMBtu and $6.5/ MMBtu respectively.

He said to support local industry, electricity has been provided at 9 cents/kWh to export-oriented sectors including textile and apparel, and that the government has announced 50 percent relief in electricity tariff until June 2021 for SMEs.

To provide easier financing, he said the mark up on Long Term Financing Facility (LTFF) and Export Finance Scheme (EFS) has been continued at 5 percent and 3 percent respectively.

The Tariff Policy Board (TPB) under National Tariff Policy (NTP) decided to rationalize tariffs, through the Finance Act, 2020, on almost 2000 tariff lines. The additional customs duty of 2 percent on 1623 tariff lines, consisting of basic raw material used by the industry, has been removed, he added.

He said the federal government is providing incentives on exports of commodities through payments of duty drawbacks and Drawback on Local Taxes and Levies (DLTL).

In order to implement the “Make in Pakistan Initiative” duties have been reduced on 112 tariff lines, consisting of input/intermediate goods, used by the exporters in the domestic production, he added.

With the view to incentivize the textile sector, Abdul Razak said the Textile Policy 2020-2025 is in the final stages of formulation, under which electricity will be provided at 9 cents/kWh, and gas and RLNG at a concessionary rate to the industry.

The Adviser said that duties on 90 items have also been reduced from 11 percent to 3 percent and 0 percent on intermediate goods which were not manufactured locally.

He said the government is conducting intensive trade diplomacy and trying to obtain access to new markets for local traders and industry through Free Trade Agreements (FTAs) and Preferential Trade Agreements (PTAs).