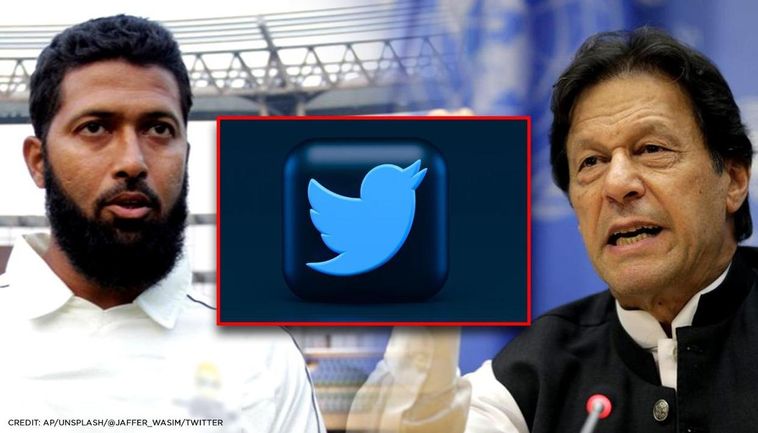 Team India’s former opening batsman and Punjab Kings batting coach Wasim Jaffer is known for his witty replies on social media. Wasim Jaffer on a regular basis keeps his followers on Twitter amused. Jaffer is known for his sense of humor and he regularly addresses situations that arise in the cricket world by using his wit, especially through memes. On Wednesday, Wasim Jaffer yet again came up with a hilarious tweet, however this time he was addressing the issue of the Centre vs Twitter row in India.

The Ministry of Electronics & Information Technology (MEITy) on February 2021 released new IT guidelines that all social media platforms have to follow to run in India. These new IT rules gave social media giants like Facebook, Twitter and Instagram a three-month timeframe to comply or they will be banned in the country. But only Koo (an Indian alternative to Twitter) has been following the rules religiously whereas its counterparts have failed to do so. Following that, people on social media started wondering whether Twitter will face stricter action in India.

Punjab Kings (PBKS) on Wednesday shared a hilarious meme trolling its batting coach Wasim Jaffer after speculations of a ‘Twitter ban’ (not currently a scenario that has been officially communicated but one that is doing the rounds) was creating a buzz on social media. Punjab Kings shared the meme saying Wasim Jaffer might be feeling the same as the lyrics of a song. The meme shared by PBKS is the famous song of 3 idiots- ‘Jane Nahi Dengey Tujhe (I will not you go)’. The meme was indicating Wasim Jaffer’s admiration and his habit of using Twitter on a regular basis. Following that, Wasim Jaffer came back with an epic response when he shared Pakistan Prime Minister Iman Khan’s infamous line ‘Ghabrana Nahi Hai (No need to worry)’ in the form of a meme.

According to the latest IT guidelines provided by the Ministry of Electronics & Information Technology, any social media company that has over 50 lakh people on its platform must comply with the guidelines. As far as we know, popular organisations including Twitter have not yet met the requirements, and the last date to do so was Tuesday, that is May 25, 2021. Consequently, Twitter’s fate hangs in balance.

As per the guidelines issued by MEITy, Twitter will have to appoint compliance officers from the country. These officers will be responsible for overlooking, monitoring and removing objectionable content from the website. So, the social media platforms like Twitter will have to provide a monthly compliance report in which they will have to reveal how it handles user complaints in the country. The Chief Compliance Officer, Nodal Contact Person, and Resident Grievance Officer appointed by the portal will be responsible for handling such matters, but these designations must only be given to the residents of India.

Till now, Google, Facebook, and Koo have assured the government of India that they will comply with the IT guidelines.