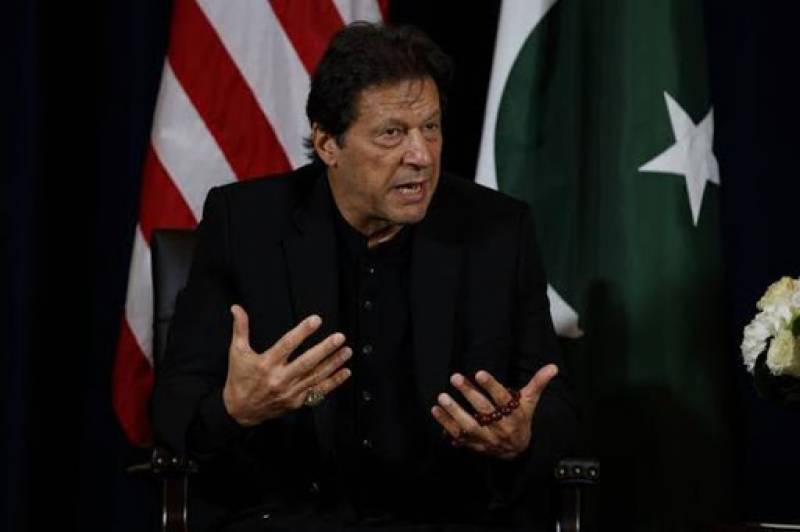 In an interview with HBO Axios, the premier said that ‘Pakistan will absolutely not provide the CIA facilities in the war-torn nation for anti-terror operations. Adding that, the US should first create a political solution before withdrawal.

Responding to a question, Khan responded ‘Pakistan suffered a lot due to war in Afghanistan and when asked if Islamabad would allow the Central Intelligence Agency (CIA) to conduct cross-border counter-terrorism missions in the war-torn country, he replied: Absolutely not.’

‘There’s no way we are ever going to allow, any bases, any sort of action from Pakistani territory into Afghanistan, absolutely not’, he further clarified.

He reiterated that more than 70,000 Pakistanis were martyred during the war against terror after the 9/11 attacks and there’s no chance for Pakistan to become part of any other conflict in the future.

‘We have given sacrifices more than anybody else in this war.” He noted that his country is currently hosting three million Afghan refugees’, he further added. PM’s remarks came as the evacuation of foreign forces began with the goal of completing it by September.

In response to a question, he replied ‘I am against nuclear weapons, but our nuclear arsenal is for defense purposes.’

PM also mentioned the rise of Islamophobia following the 9/11 attacks. He said that Islamophobia has grown in Europe, and he called for international cooperation to combat this dangerous tendency.

Khan also mentioned the suffering of Kashmiris in IIOJK, saying that India has turned Kashmir into an open jail by deploying hundreds of soldiers there. ‘The Kashmiris are ignored in the West. Why is this issue not taken up there? I think this is hypocrisy,’ he added.

The premier also hailed China, adding that the nation has always backed us when it was required. Pakistan and China address matters behind the doors when questioned about the Muslims in Uyghurs.