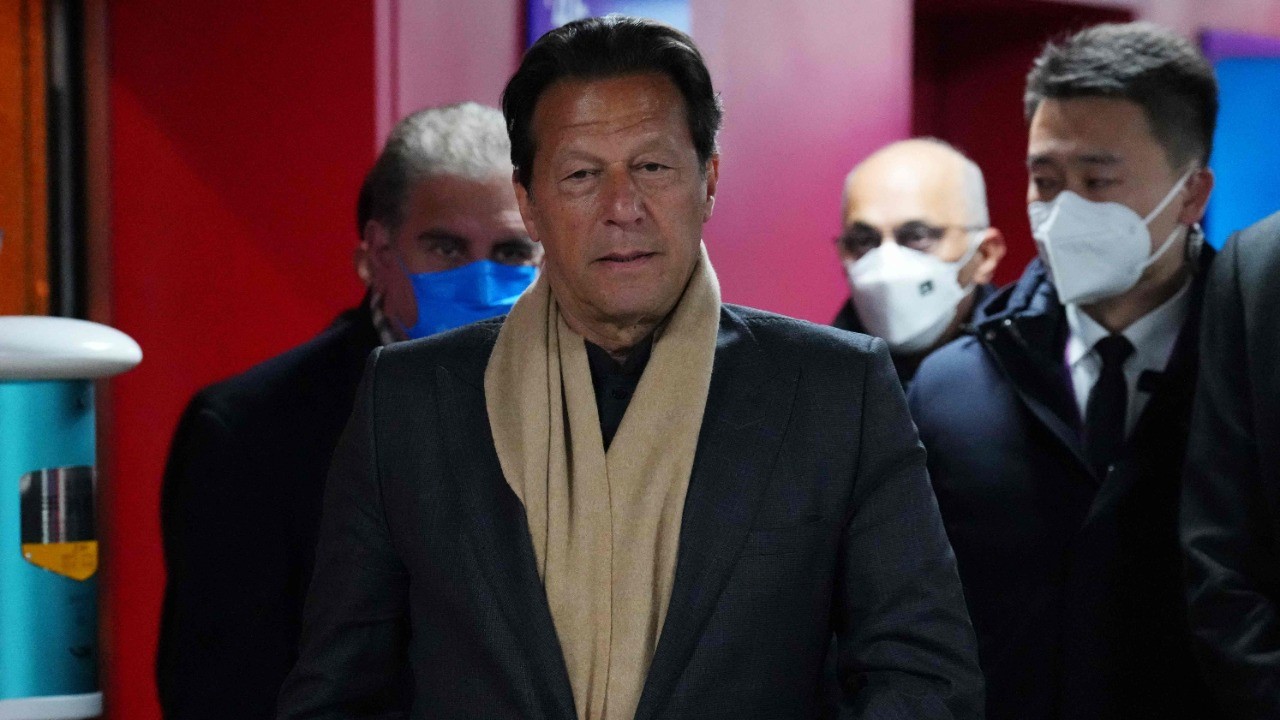 The relations between the US and China are at an all-time low. The two countries are engaged in a bitter confrontation role over various issues, including trade, Beijing’s aggressive military moves in the disputed South China Sea and human rights in Hong Kong, Tibet and Xinjiang region.

In an interview to China’s state-run news channel CGTN, Khan said the world should not go through a situation where it is divided into two camps as it will not benefit anyone, the Associated
Press of Pakistan reported on Tuesday.

Khan, who was recently in Beijing to attend the opening ceremony of the 2022 Winter Olympics, was replying to a question on whether Pakistan could face challenges due to the rising tension between China and the US. “I hope that this (the tension between the US and China) does not escalate into another Cold War where we have to choose sides,” he said.

“We have a good relationship with the US and also an iron-brother relationship with China. We want to play the role of the 1970s when Pakistan was instrumental in getting the United States and China together,” Khan said.

The prime minister was referring to the historic breakthrough in the Sino-US ties in 1971, which was made possible due to the pivotal role played by Pakistan. “The famous visit of Henry Kissinger (the then US secretary of state) was organised by Pakistan, so we hope to play that (same) role,” Khan said.

According to a report published last year in Express Tribune, Kissinger in a webinar titled ‘50 Years of China-US Relations’ had recalled how the then Pakistani president, General Yahya Khan, acted as a go-between China and US, communicating secretly with then Chinese premier Zhou Enlai and consensus between Islamabad and Beijing on how the two sides could cooperate in bringing stability and prosperity.

He said Pakistan, China and other European Union states have agreed that “somehow likes and dislikes of the Taliban government should be set aside and the only thing in mind should be the 40 million people of Afghanistan – half of them in a very precarious position of food insecurity”.

On the China-Pakistan Economic Corridor (CPEC) bringing a direct investment of over $ 25 billion along with job creation in the past eight years in Pakistan, Khan said the project was significant for the economy and development of his nation.

The Chinese investment for connectivity and power generation, he said, came at a very crucial time in Pakistan when the country faced economic problems following the war against terrorism. Besides, the previous tenures of the “two very corrupt governments also caused the financial crisis,” Khan added.

“China came in at the most difficult time for us, which is also one of the reasons why there is such love here for the people of China…CPEC is entering the second stage of investment in industrial zones, information technology, and agriculture,”.