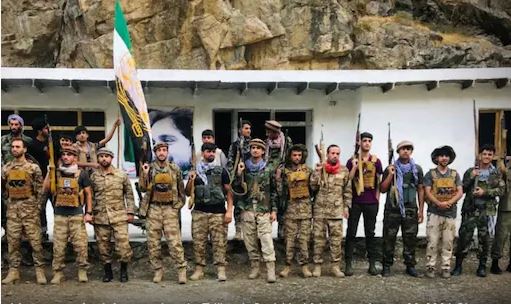 Pakistani forces are aiding the Taliban in their fight against the last remaining foothold of opposition Panjshir Valley, sources close to the resistance headquarters have told CNN-News18.

Pakistan is providing air support to Taliban fighters in Panjshir, the sources said, adding that some Special Forces have been airdropped to fight the Resistance.

The sources said all major supplies and roads have been blocked by the militant group. Both sides – Taliban and Panjshir resistance – have sustained major casualties in the ongoing operations, they added. Yesterday, ISI Chief Hameed Faiz had extended his support to the Taliban, in a visit to Kabul.

Earlier in the day, ‘acting’ President Amrullah Salleh had written to the United Nations, asking national and international aid agencies to immediately mobilise their resources to end the “war crimes” committed by the hardliners.

In a letter to UN, Saleh said: “Around 2,50,000 people, including local women, children, elderly and 10,000 IDPs who arrived in Panjshir after the fall of Kabul and other large cities are stuck inside these Valleys and suffering from the consequences of this inhuman blocked (sic). If no attention is paid to this situation, a full scale human rights and humanitarian catastrophe including starvation and mass killing, even genocide of these people are in the making.”

In an exclusive interview with CNN-News18, Saleh had accused Pakistan of being at the “service” of Taliban. “It’s very clear that the Taliban were never under pressure; they used Pakistan as their support base. Not sanctuaries, the whole of Pakistan was at the service of Taliban,” he had said.

Saleh had said that the US attempts to “buy” Pakistani cooperation yielded no results as “the more they paid, the more it emboldened the Pakistanis to provide more services and aid to the Taliban so the issue of a nuclear state sponsoring terrorism and insurgency against western allies in Afghanistan was never addressed”.

Facing the challenge of morphing from insurgents to rulers, the Taliban appear determined to snuff out the Panjshir resistance before announcing who will lead the country in the aftermath of Monday’s US troop withdrawal, which was supposed to end two decades of war.

But Panjshir, which held out for nearly a decade against the Soviet Union’s occupation and also the Taliban’s first rule from 1996-2001, is stubbornly holding out.

Fighters from the so-called National Resistance Front (NRF) — made up of anti-Taliban militia and former Afghan security forces — are understood to have stockpiled a significant armoury in the valley, around 80 kilometers (50 miles) north of Kabul and guarded by a narrow gorge.

Taliban: ‘Have Entered Capital of Panjshir’

Reuters reported Sunday that according to the Taliban, their forces had fought their way into the provincial capital of Panjshir, the valley where opposition forces have been holding out since the fall of Kabul three weeks ago. The police headquarters and district center of Rukhah, adjacent to the provincial capital Bazarak, had fallen, and opposition forces had suffered numerous casualties, with large numbers of prisoners and captured vehicles, weapons and ammunition, Taliban spokesman Bilal Karimi said on Twitter.

Fighting was underway in Bazarak, he said. It was not possible to confirm the report, which was echoed on other Taliban Twitter accounts. Earlier on Sunday Fahim Dashti, spokesman for the National Resistance Front of Afghanistan (NRFA), which groups opposition forces, said the Taliban “propaganda machine” was trying to spread distracting messages.

“The resistance forces are ready to continue their defence against any form of aggression,” he said. On Saturday, Italian aid group Emergency said Taliban fighters had reached the trauma hospital it operates in Anabah district, within the Panjshir valley.

Celebratory gunfire rang out in the capital Kabul as rumours spread the valley had fallen, but the Taliban made no official claim Saturday and leaders of the resistance said the reports were false.

TOLO News reported that 17 people had died in the gunfire, and news agencies AP and AFP pegged the toll at two, quoting the Emergency Hospital in Kabul. In Panjshir, former vice-president Amrullah Saleh, holed out alongside Ahmad Massoud — the son of legendary anti-Taliban commander Ahmad Shah Massoud — admitted the perilous position of the NRF. “The situation is difficult, we have been under invasion,” Saleh said in a video message.

Usually known for his sharp Western suits, Saleh was filmed wearing a traditional shalwar kameez tunic and a flat woollen pakol cap favored by Panjshiris. “The resistance is continuing and will continue,” he added.