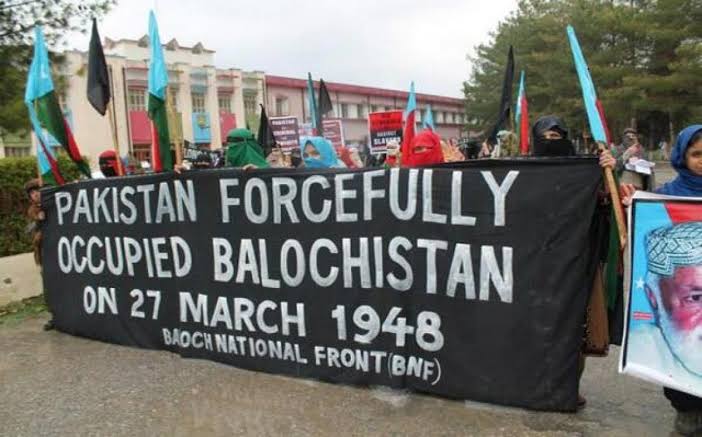 In a shocking revelation, a Pakistan Army General has admitted China‘s role in “crushing” the Baloch freedom movement in Pakistan, saying Beijing has given him a six-month task to end the freedom struggle by Baloch people. “China has deployed me here to crush the Baloch movement and has given me a six-month task,” Bangladeshi newspaper The Daily Sun quoted him as saying.

Calling Iran the biggest enemy of Pakistan, Ayman Bilal, Major general of the Pakistani Army, said Pakistan Army will go inside Iran and take action against them.

“China has paid me a salary and a large sum of money and officially posted me here for their regional interests and to thwart Iran’s conspiracies against CPEC (China Pakistan Economic Corridor), as it is a kind of investment in regional interests,” he said.

Balochistan remains Pakistan’s poorest and least populous province despite a number of development projects initiated by Islamabad there in the past.

Rebel groups have waged a separatist insurgency in the province for decades, complaining that the central government in Islamabad and the richer Punjab province unfairly exploit their resources. Islamabad reacted to the insurgency by launching a military operation in the province in 2005.

In 2015, China announced an economic project in Pakistan worth $46 billion, of which Balochistan is an integral part. With the China-Pakistan Economic Corridor (CPEC), Beijing aims to expand its influence in Pakistan and across Central and South Asia in order to counter US and Indian influence.

The CPEC would link Pakistan’s southern Gwadar port (626 kilometers, 389 miles west of Karachi) in Balochistan on the Arabian Sea to China’s western Xinjiang region. It also includes plans to create road, rail and oil pipeline links to improve connectivity between China and the Middle East.

Baloch separatists, both militant and political groups, oppose China’s increasing involvement in the province. A surge in the deadly attacks by Baloch separatists in Pakistan has sent the risks and costs of China’s ambitious Belt and Road projects soaring.

Major General Ayman Bilal said that the end of the Baloch movement and the success of CPEC is very important for Pakistan and China. “We have a good amount of money for this task, so let us know how much you need because we can’t wait any longer for Iran to create unrest in Balochistan, conspire against CPEC and stab us in the stomach in the name of friendship,” he said.