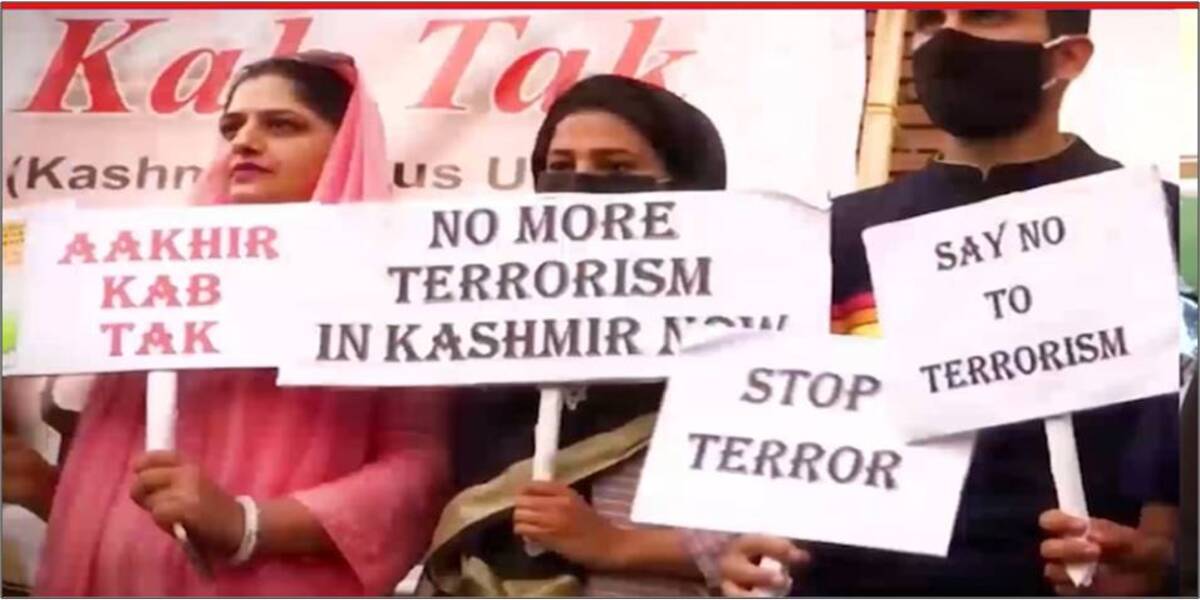 A nation’s solid foundations lie on the shoulders of its youth. Youth is a great resource that must be utilised effectively for the society’s progress. In fact, the youth are the only resource that is capable of carrying the weight of the entire community.

So much of a society depends on its youth. Youth are the future. They give a society the strength to absorb turmoil and pain.

Its sad that a section of youth in our society has got horribly misguided. They have become catalysts of disasters. Kashmir’s youth have grown up in a society where civic and political life has got eroded over time due to political instability. Our youth have highly limited alternatives for involvement in political processes that can assist them in answering their questions and resolving their challenges. External forces from across the border lead our youth to violence. Tragically, a sizable section of our youth chooses violence over peace.

With each passing day, the world advances to new heights. But in Kashmir, the day finishes with a tally of the dead. The killers are unconcerned about political affiliations or religious affiliations. Young people leave their families almost every day to join local militant networks. Parents regularly turn to state officials for help in locating and rehabilitating their children.

We haven’t learned anything from the never-ending saga of death and ruin. Rather, it robbed us of everything. Property worth billions of rupees, human resources, mental stability and peace – these are just some of the things we have lost. According to government data, 115 people were killed in Kashmir in the first five months of 2022; 16 of them were civilians and 16 were security forces.

The remaining 83 extremists were militants. In addition, nearly 40 hybrid militants have been apprehended by the security forces.

These numbers aren’t something to be proud of. They illustrate the state of devastation that Kashmir is seeing on daily basis. Our youth deserve a chance to thrive, a chance to succeed, and a chance to lead society. They are the pillars upon which a nation’s strongest foundations are built.

Kashmiris are peace-loving people by nature, and they deserve a peaceful atmosphere to live. They deserve a life without headlines on killings and violence. Our lives are saddened by our youth who take extreme measures and wind up with guns. The highest level of folly is drinking poison and believing that the opponent shall die.

There is no disputing that young people have grievances and difficulties with the system. Our youth must understand that we shall reach beneficial outcomes if we discuss and debate these issues.

What has Kashmir accomplished as a result of the violence? Part of Kashmir’s youth is suffering. Instead of weaponry, our young people need books and laptops and computers. Those who support violence and hand over guns to innocent children by brainwashing their minds should consider the hapless parents and families of these youth. They are robbing these families of peace and stability.

Different segments of Kashmir society are disillusioned with the current state of affairs following the 2019 constitutional revisions. On the ground, there is a clear and obvious political and ideological vacuum. The breakdown of the political middle ground, which was represented by mainstream politicians, has exposed Kashmir to radical forces.

Give Privileges, Incentives To Reformed Youth

A section of Kashmiri youth has taken wrong direction. But the solution does not lie in strictness or in tough responses. The police must quickly revisit their policy regarding how the wayward Kashmiri youth are treated. Strong-arm tactics may seem to work in the short term. In the long run, they yield devastating results. This has been our experience for many decades. Unfortunately, the police continue to be harsh with these wayward youth.

The youth who go down the path of self-destruction should be seen as foolish children who should be mentored rather than punished harshly. Kind and sincere efforts have the potential to propel Kashmir to new heights of peace and stability.

Let us say that we have some youngsters who have been successfully weaned from the path of violence. A strategy that grants privileges and incentives to the reformed youth shall influence a large number of others to stay away from the wrong path. The state shall also be seen as a benevolent force.

The youth shape tomorrow’s thoughts and attitudes. Hence more and more constructive involvement with youngsters should be promoted. The state’s principal responsibility is to free citizens from terror and allow them to enjoy essential rights such as life, liberty and property. These targets shall become more and more achievable as engagement with the youth increases.

The Kashmir conflict has claimed the lives of thousands of people. It has destroyed property worth billions of dollars over the last few decades. The damage and loss continue even now.

Often, militants force the locals on gun point to give them shelter. In many cases, the householder does not have a choice. The police must take cognizance of the innocence of the householder who was forced to provide shelter. Rather of harming the property and homes of ordinary Kashmiris, the security forces must cause the least amount of damage possible while neutralising the militants.

To win the hearts of the people of Kashmir, the bureaucracy and the police must change their policies. We are aware that de-radicalisation is the process of changing an individual’s belief system. It involves enabling the youth to reject extremist ideology and embrace mainstream values.

Rounding up youngsters and putting them in a lock-up on the suspicion that they may become militants is a good recipe for deep radicalization. The focus should be on their disengagement with violence through soft power. The state must identify the driving forces that push the youth towards violent extremism.

Youth Must Be Recognized As Agents Of Change

Issues of identity, the sense of alienation, perceived injustice, economic empowerment and good governance – all these need be addressed holistically. This shall require sustained outreach to the youth of valley.

Anti-terror laws such as Public Safety Act (PSA) and the Unlawful Activities Prevention Act (UAPA) should not be slapped on the family members whose residence was occupied by militants at gunpoint. There are a large number of householders who deny space to the militants to stay in their homes, but have to accept their diktat when threatened at gunpoint. Harsh state action later leads to a feeling of isolation among those who were forced to provide shelter to the militants. Unfortunately, they also lose their houses at times as collateral damage during the encounter. They deserve solidarity, not punishment.

Harsher measures have never yielded happy and positive results. They never shall. Instead, they have fostered a deep sense of insecurity among the local community, particularly among the youth. This continues to be the case even now.

Kashmiris must be able to identify with the global image of India as a democratic nation. In a democratic setting, people feel safe. Bureaucracy will never be able to take the place of democracy. Democracy’s institutions must be resurrected in Kashmir.

Youth must be recognised as agents of change. Strict and illogical methods must be abandoned. Peace must be given space to prosper, and we the people must play an equally important role. The solution does not lie in picking up a gun and getting killed. The solution lies in working with the state to build the Kashmir that we want.