Originally Valued At $46 Billion, The Estimate Of CPEC Is Now $87B 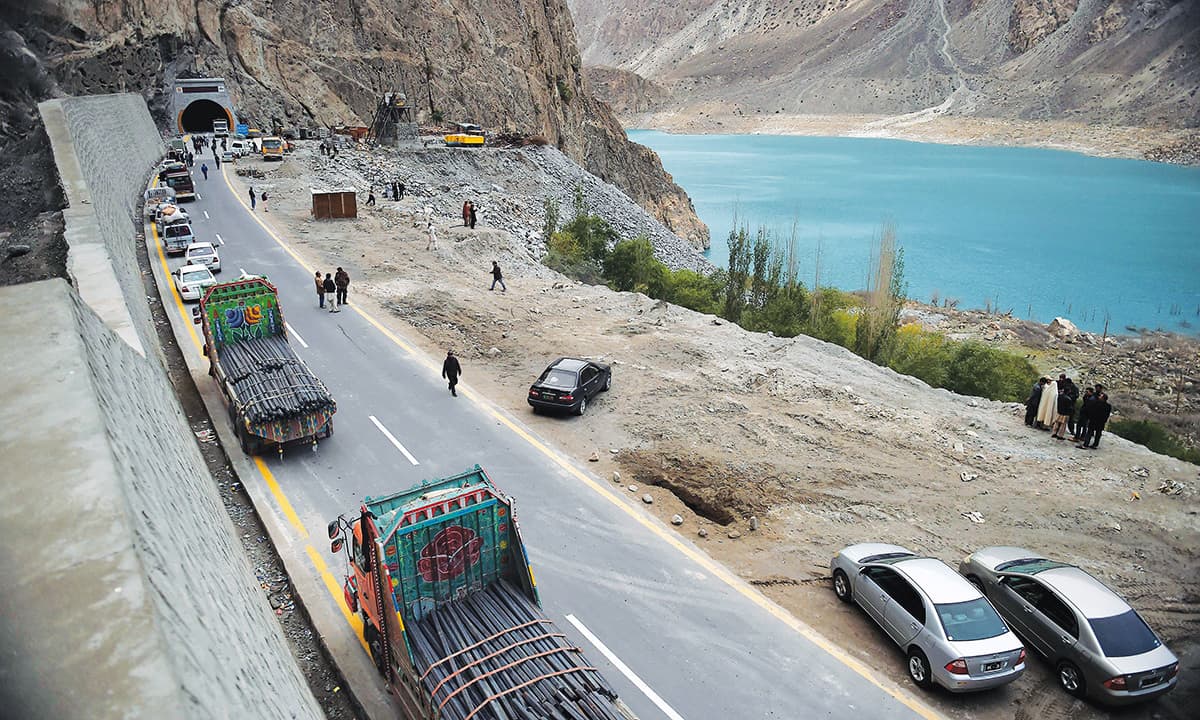 The Belt and Road Initiative (BRI), formerly known as One Belt One Road (OBOR), is China’s imperialistic and expansionist agenda in large parts of Eurasia, South Asia and Africa as CPEC.

Dubbed the “New Silk Road,” it connects China to Africa through seaways and highways. A flagship of the BRI is the China Pakistan Economic Corridor, a collection of infrastructure projects that are currently under construction throughout Pakistan.

Originally valued at $46 Billion, the estimate of CPEC projects is now $87B, and only a quarter of which have been completed. CPEC was intended to rapidly modernize Pakistani infrastructure and strengthen its economy by the construction of modern transportation networks, numerous energy projects and Special Economic Zones (SEZs).

However, according to the Center for Strategic and International Studies, these SEZs have remained largely empty today and the longstanding challenges have only become more exacerbated. Facing unsustainable debt levels, growth rates down to 3%, five-year-high inflation rates and soaring deficits, Pakistan’s economy is definitely moving in the reverse direction.

CPEC has based on a false premise that a nation needs these massive economic projects to be prosperous. It is apparent that no one is willing to pay for these projects in the end, as they will never make any money from it. Analysts have said these are bridges that don’t go anywhere. Some of the ambitious projects like a high-speed train from Beijing to Moscow will never have any takers.

The debt quotient of this corridor is about $80B, 90% of which will be paid for by Pakistan in the form of the national debt. Pakistan itself knows it will not be able to pay China back and will slowly lose the sovereignty of its own land. These projects do not appear to have the potential to be profitable or successful and will not prove to be a good economic investment for China.

Ultimately, this is a Chinese “Colonial” adventure that will never bear fruit. There have been many reports out of China that indicate the Pakistani government itself is trying to sabotage the CPEC project. Chinese officials have been recorded as being incredibly frustrated with Islamabad’s actions or lack thereof so far. Like most adventures, there is no opacity. China sets the price, Pakistan gets the bill and ends up with substandard infrastructure it cannot service. It will be known as the “Trillion-dollar blunder.”

There are a number of criticisms of CPEC namely, finances, trade imbalances, opposition from Baloch nationalists, concerns of residents near Gwadar Port and the resistance of local actors whom this rollout may directly impact. Another big setback is the resolution passed against CPEC by the Provincial Assembly of Khyber Pakhtunkhwa (KPK) in which the projects are to be constructed. However, now there is a new legal issue that China will need to overcome. And this is where India comes in.

CPEC could be deemed illegal in international legal terms. After the abrogation of Article 370 by the Government of India in August 2019, there was also a bifurcation of the most northern state into two union territories, Jammu and Kashmir and Ladakh. This changes the landscape of Indian sovereignty throughout the entire territory of Jammu and Kashmir.

An area in Kashmir has been illegally occupied by Pakistan since 1947, which includes the area of Gilgit-Baltistan. The new reconfiguration of Kashmir gives more power to the central government of India, weakening the Pakistani arm of influence, which is known to fund indoctrination, separatist movements and terrorism. Kashmir, which previously had special autonomy, will now follow the Indian constitution, its flag and anthem. In a sense, the whole of Jammu and Kashmir is intact and merges back with the Indian Republic.

In accordance with international law, China will not be able to build anything in Pakistan-occupied Kashmir, as it is legitimately part of the Indian state. Even the United Nations accepts that this is Indian land, as per its 1948 resolution on Kashmir. China may not be able to build or pass through that area without India’s permission, which it will not get.

Former US Secretary of Defense General Jim Mattis recently noted, “The most dangerous country in the world is Pakistan.” They look at the world through their hostility towards India. They are not an ally of the US, he said.

Pakistan Prime Minister Imran Khan, at an interview during the G20 Summit in 2019, had already owned up to the fact that there are at least 45,000 terrorists in Pakistan. We can only imagine how many are undeclared. The over-dependency on Pakistan in the pulling out of troops in Afghanistan poses a conundrum for the US with relation to its other main ally in the region, India, and in maintaining peace in the region. Pakistan cannot be trusted as an ally, as they are known to thwart US efforts against the “War on Terror.”

As far as China is concerned, the more powerful it gets, the more arrogant and aggressive it becomes. Its leadership wants a hegemonic Asia without any peer competitors. They see India as their main competitor, not just in the region but also in the world at large. Although the two share a working trade relationship, the trade will never bring peace. The trust deficient factor from the Indian side is enormous.

The recent standoff between the two along the LAC (Line of Actual Control) in Ladakh shows a new India that is not willing to accept any infiltration into its territory. Delhi has been showing the world it will protect its territorial integrity and have the capacity to give China a bloody nose.

It seems the CPEC colonial adventure has failed before it has even begun. In a way, Chinese strategy for land encroachment and Pakistan’s gluttonous desire for land-grabbing may end up being their own downfall.