OPINION: Why Hurriyat Should be Banned in Kashmir? 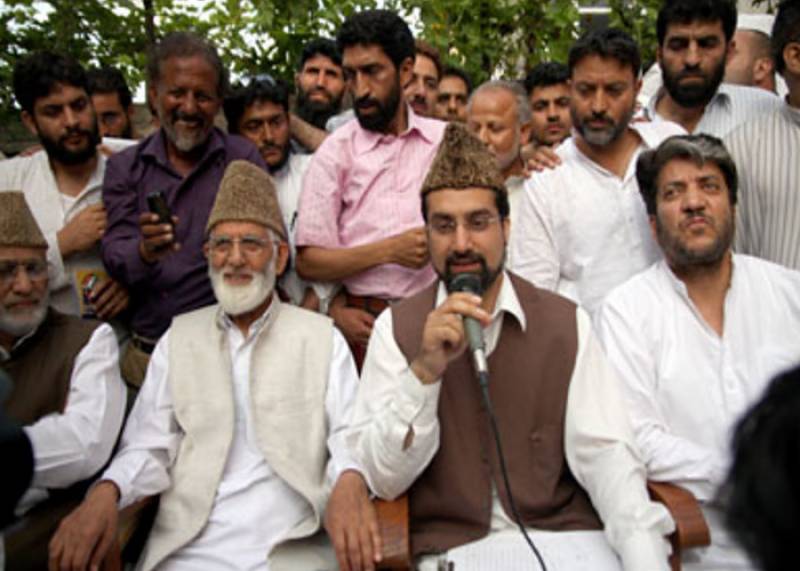 Religious radicalization in Kashmir has a bloody history. While it originated as an offshoot of the political violence that erupted following the changes brought about by the Partition in 1947, it took a religious character as a result of Pakistan’s desperate attempts to promote Islamic fundamentalism. Till as late as 2019, there were senseless killings, abductions and hate crimes that had worn down the societal fabric of Kashmir.

All driven by fragmented groups of Pakistan-sponsored Hurriyat Conference, which came into existence in 1993 with 26 groups, including some pro-Pakistan and already banned outfits like Jamaat-e-Islami, Jammu Kashmir Liberation Front (JKLF) and Dukhtaran-e-Millat. It also included the People’s Conference and the Awami Action Committee headed by Mirwaiz Umar Farooq.

The fanatics of Hurriyat on the payroll of Pakistan’s ISI offered Kashmiris a pipe dream and filled their minds with hate in the garb of religious vindication. Hurriyat and their associates made an all-out effort to portray terrorists as role models for ordinary Kashmiris while their own children travelled abroad to get quality education and have successful professional careers. Hurriyat Conference brainwashed Kashmiris to believe that Muslims should fight and die in the service of Islam. They perpetuated religious myths and outright falsehoods with the goal of destabilizing the social structure of Kashmir.

A recent probe into granting of MBBS seats to Kashmiri students by institutions in Pakistan indicated that the money collected from the aspirants by some organizations, which were a part of the Hurriyat conglomerate, was being used to fund terror organizations in J&K. There are several other cases related to terror funding, including the one probed by the National Investigation Agency (NIA) in which several separatists were arrested and jailed in 2017. One investigation also revealed that Peoples Democratic Party youth leader Waheed ur Rehman Parra allegedly paid Rs 5 crore to the son-in-law of pro-Pakistan separatist leader Syed Ali Shah Geelani for keeping Kashmir on the boil after the killing of Burhan Wani in 2016 by the security forces.

For the people of Kashmir, one of the most important changes in the last two years has been the significant curbs on terrorism and violence orchestrated by the separatist groups. For Kashmiris, the crucial missing element has been peace the lynchpin on which progress depends. Encouragement to the Hurriyat and other separatist groups by the previous governments at the Centre and in J&K could have led to the Talibanization of this place. Thanks to the brave Indian security forces and investigating agencies, who protected our land from utter destruction. It would not be an exaggeration to say that without their courageous actions, Kashmir would have turned into another Syria or Iraq.

To ensure that the anarchists do not continue to promote the agenda of separatism and radicalization and to safeguard the Kashmiri human capital by weeding out the separatist elements, the Government of India and the administration of Jammu & Kashmir must lay the foundation for future security and peace in this region. This can bring solace and hope to Kashmiris who have suffered at the hands of the separatists who chose to put their blind greed ahead of the welfare of Kashmiri people as well as to the nation as a whole.