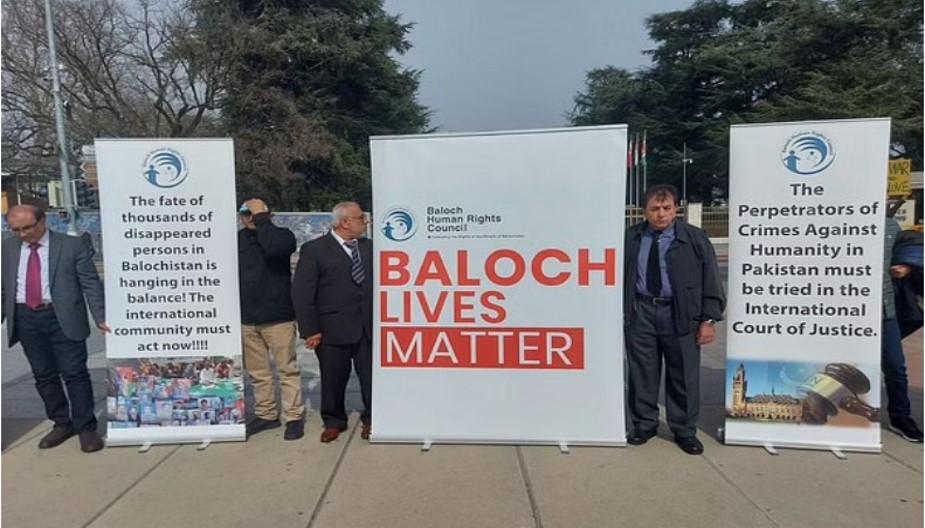 Quetta: As Pakistan celebrated Constitution Day, a Baloch organization carried out protests against overwhelming Punjabi domination in the country while launching a social campaign to support freedom for the provinces of Balochistan, Sindh and Khyber-Pakhtunkhwa.

“On 23 March, as the unnatural state of Pakistan observes its constitution day (read Punjabi hegemony day), a campaign will run to remind the world to undo this historical catastrophe and help free the nations of Balochistan, Pashtunistan and Sindh,” Munir Mengal President of Paris based NGO Baloch Voice Association said in a tweet.

In a detailed Facebook post, Mengal further said that the three provinces of Sindh, Balochistan, and Khyber-Pakhtunkhwa were promised a federal polity at the time of independence but were later suppressed by the Punjabi elite.

“At their forced union in 1947, these nations were promised a federal polity and greater autonomy, however, the Punjabi elite has not only denied people their legitimate rights but has instead suppressed and criminalized, through its Punjabi Army, any expression of grievance, autonomy, and self-determination.

Talking further on Balochistan, he said, “Pakistan wrested Balochistan illegally with its military might in 1948. But, the people of Balochistan never bowed down in front of the occupying Pakistani army and continuously fought with them against this illegal occupation.”

Earlier this month, the Baloch Voice Association in Geneva, Switzerland organized exhibitions, conferences, and seminars to protest against thousands of cases of enforced disappearances in Pakistan’s Balochistan region.

According to the Human Rights Council of Balochistan, only during the month of December 2021, more than 63 people were abducted and are missing while 37 were killed.

According to the Commission of Inquiry on Enforced Disappearances, an entity established by the Pakistani government, 8122 cases of enforced disappearances have been registered officially. Most of them are still unresolved.

Independent local and international human rights organizations put the numbers much higher. 20,000 have reportedly been abducted only from Balochistan, out of which more than 3000 have turned up dead as bullet-riddled dead bodies, bearing signs of extreme torture.

Human rights group Amnesty International has called for Pakistani authorities to end the use of enforced disappearances as a tool of state policy, as it releases a new briefing documenting the effect of such illegal abductions on the families of those who go missing.

Mengal also talked about the oppression of Pashtuns in the northern province of Khyber-Pakhtunkhwa, saying, “Pashtuns are facing intimidation, threats, and arrests from the Pakistani army for aspiring for the state of Pashtunistan.”