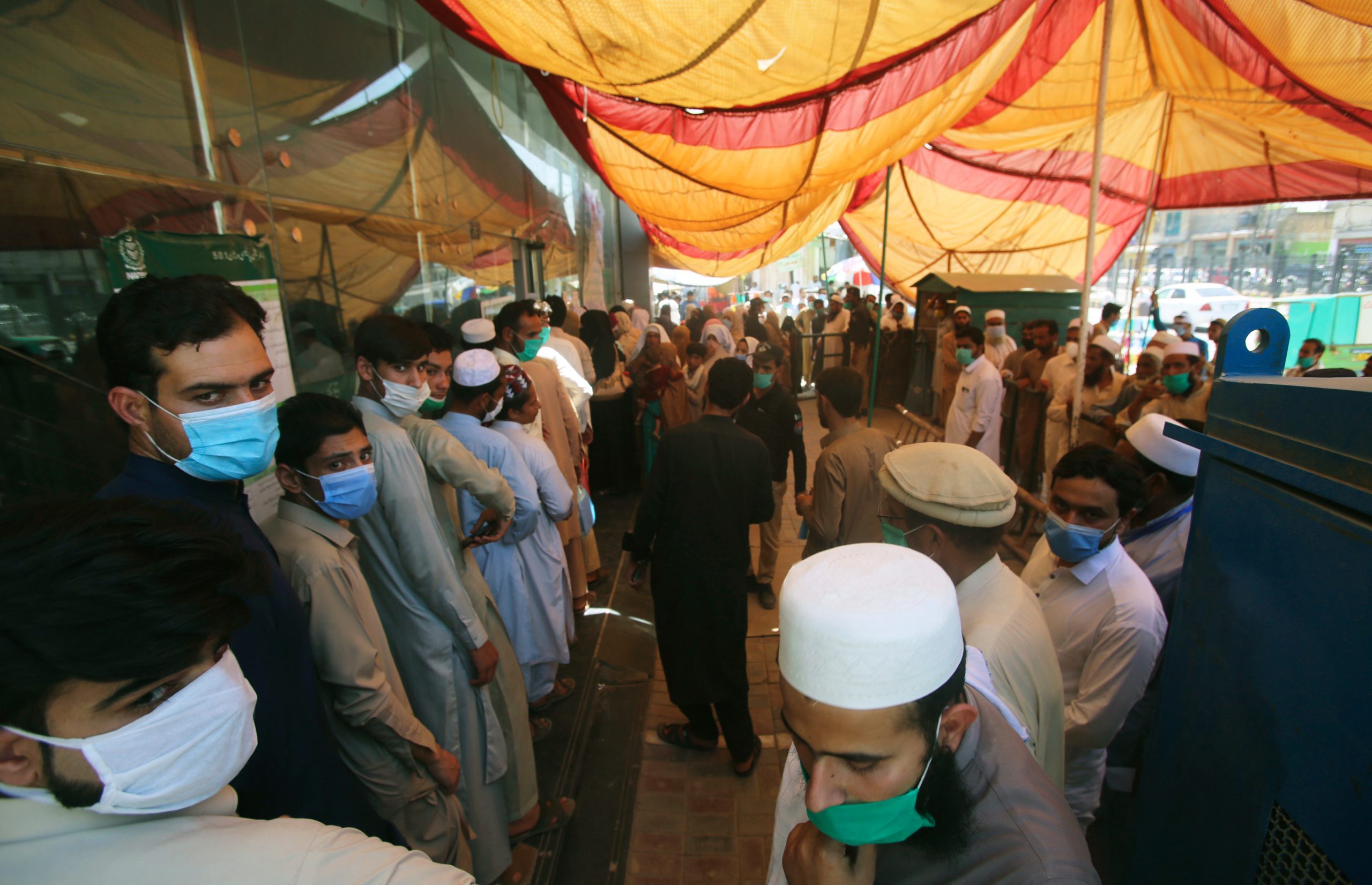 The NCOC and other organizations across the country are warning that what could become the second wave of the Covid virus in the country is being taken too lightly. In response to the threat, the NCOC has said that mask-wearing will be made compulsory and the model first devised by Gilgit-Baltistan, in which a fine of Rs100 is imposed on every person not wearing the mask, and three masks were given out in return, will be followed.

In addition, indoor weddings have been banned and these functions can only take place outdoors with a maximum of 1000 guests, although the most obvious question in this is why and how 1000 guests would be in any way better than say, 1200 guests. The NCOC has also noted that it has seen that restaurants and indoor centers are a prime place from where Covid-19 spreads and wishes to limit indoor activity, especially as the weather at least in major cities like Lahore and Islamabad is good. In addition, the command center run by Federal Minister Asad Umar has also said that in 16 major cities limited lockdowns could be imposed, and workplaces have been asked to have about 50 percent of their workforce work from home. This again is intended to prevent indoor congestion.

The Pakistan Medical Association, meanwhile, has warned that this second wave of Covid could be more lethal and deadly than the first wave. This is certainly proving true in countries where the virus has hit such as Belgium, Holland, Germany, France, the UK, etc. In Pakistan, already the number of Covid cases reported per day is climbing steeply upwards, with over 1000 now reported on average. Recently more than 3000 cases were reported in a single day, the highest numbers since the peak of the virus in July this year.

Provincial governments have also been asked to take necessary measures. The Sindh government under Chief Minister Murad Ali Shah has ordered strict adherence to mask-wearing and said people must learn to live with the SOPs if we are to survive the Covid wave and get through these difficult times. He has also said lockdowns in parts of Karachi could be imposed. The 16 cities seen as dangerous spots include almost all our major cities, including Lahore, Karachi, Rawalpindi, Islamabad, Peshawar, Quetta, Gilgit-Baltistan, Mirpur, Muzaffarabad, and others.

The Covid issue has been largely forgotten by people. But it could come back at any moment and hit us badly. We must act now to prevent this new wave from claiming more lives and causing more misery with hospitals already preparing to take in new patients, but warning that they still lack the capacity to deal with a new bout of this pandemic that has wreaked such havoc across the world.