My Youth My Pride sports event commences in South Kashmir 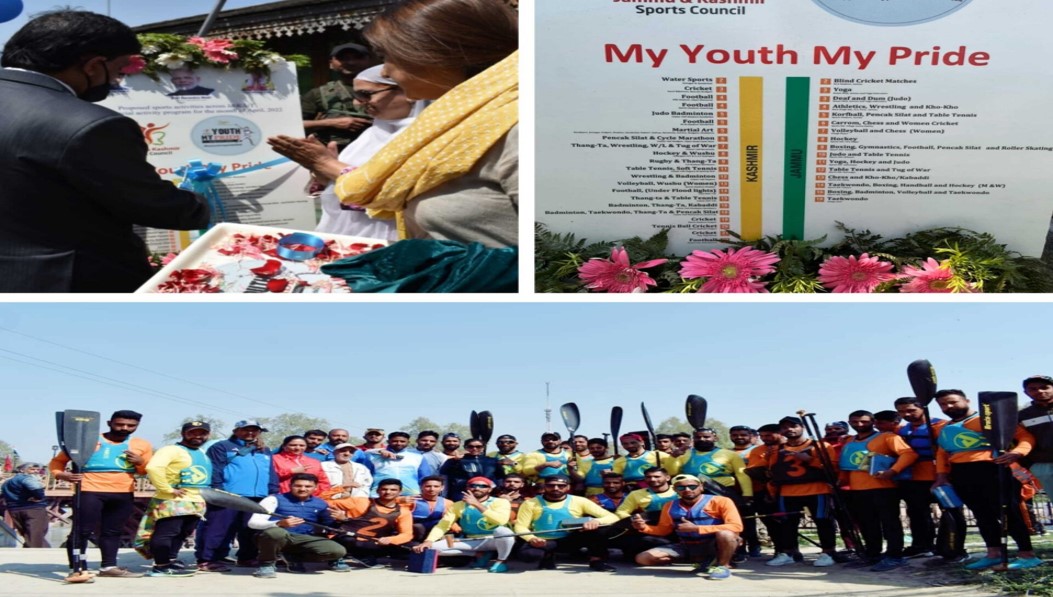 Entering the last leg, ‘My Youth My Pride’ activities commenced in Kulgam district where events in the disciplines of Tennis Ball cricket were held at Sports Stadium Kulgam.

More than 200 cricketers are scheduled to take an active part in an event that commenced today and shall last two days and conclude on the 20th of this month. A similar event is scheduled to be held in Khrew Pampore, Pulwama on 21st of April.

First match of the Tennis Ball Event was played between Laroo Kulgam and Shurath Kulgam. Laroo Kulgam, electing to bat after winning the toss, scored 74 runs in their allotted quota of 10 overs.

Yawar with 48 runs was the top scorer for the team. Chasing a modest target of 75 runs apparently looked like a cakewalk but Shurath Kulgam encountered hiccups in initial overs of their innings and managed to chase the target in the last over of the game, thanks to the valiant effort of Tajamul who rudered the innings. He was declared man of the match for his match-winning innings of 26 runs.

The second match of the day was played between BHS Bungam Kulgam and Aisha Ali Kanipora Kulgam. After winning the toss, Bungam Kulgam elected to bat and scored 73 runs. Sahir was top scorer for the team with his personal score of 35 runs.

In reply Aisha Ali chased the target in just 7 overs, riding on some lofty hitting by Faheem who scored quick fire 32 runs which earned him a man of the match award in the pursuit.

Locals present at the venue thanked J&K Sports Council especially, the Secretary Sports Council for conducting Events in the District of Kulgam. A large gathering of cricket lovers was present in the stadium since early morning.

Speaking on the sidelines, some of the spectators demanded that union territory-wide cricket tournament on the lines of a mega cricket event held way back in 2017 by J&K Sports Council should be conducted soon, so as to enable youth of not only Kulgam but entire J&K to showcase their talent and rub shoulders with their counter parts from other districts.

In reply, Pahalgam Blues chased the said target easily and won the match by 4 wickets.

Man of the match was awarded to Sharid Shafi for his brilliant all-round performance of bagging 5 wickets and scoring 16 crucial runs for the team.

Joint Secretary, J&K Sports Council, Bashir Ahmad Bhat presided over the function as chief guest. He interacted with both teams and asked them to uphold the spirit of the game while exhibiting aggression on the field. He assured players from both the teams all the support and said, similar events shall be held in future to tap the talent.

Junaid of SCFA Srinagar was adjudged player of the match for scoring a last-minute decider.

Two matches of the league between JK Bank Academy and Bandipora SCFA and SCFA Srinagar against Baramulla Football Academy are slated for tomorrow.

The events are organised by J&K Sports Council under the special sports initiative of “My Youth My Pride” which is aimed to tap the talent and take sports to nook and corner of the union territory of J&K.