MURKY MILITIAS IN REVEAL WHY AFGHANISTAN WAR ISN’T OVER 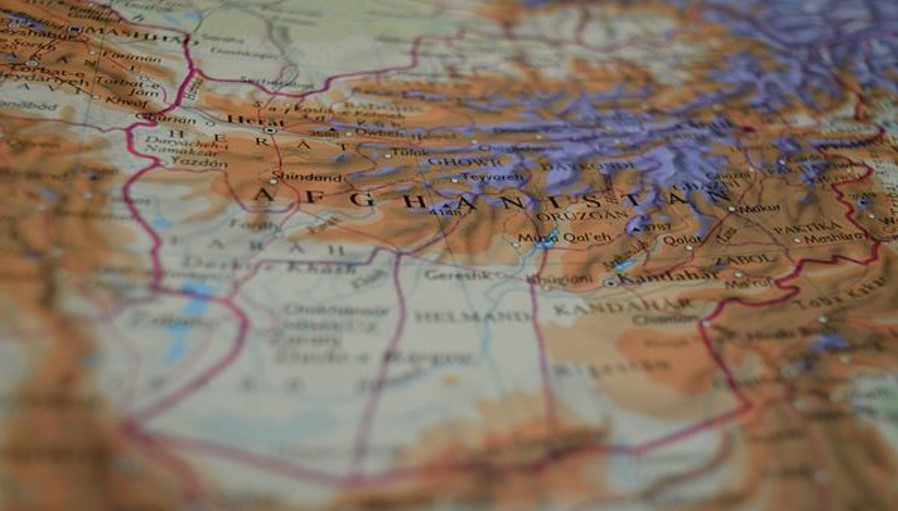 Ghor can be viewed as a microcosm of the layered complexity of Afghanistan.
Afghanistan’s blame-game continues. Six months on and accusations still fly about who collapsed the Republic: U.S. negotiator Zalmay Khalilzad and his dodgy withdrawal deal with the Taliban? U.S. President Joe Biden for sticking with the Trump-era decision to withdraw? Or former Afghan President Ashraf Ghani for fleeing the Presidential Palace and inviting the Taliban to take Kabul by doing so?

While there is truth in each narrative, change in Afghanistan is rarely down to one person or decision. Blaming collapse on such a small set of actors also continues the tendency to explain Afghanistan by assessing only a surface-level snapshot of Kabul politics or Western decisionmaking. It neglects the myriad of other layers, particularly the local dynamics that shape what happens everywhere outside of the Presidential Palace.

Ghor province is a perfect example. Neither a Taliban hotspot nor a battleground for national politics, it was perceived to be peaceful and rarely received much international or Afghan attention. But Ghor was neither peaceful nor unimportant. The Taliban recognized Ghor’s strategic value and deliberately manipulated local dynamics to facilitate their spread into a traditionally non-Taliban area – a strategy replicated across Afghanistan and a reason why the Republic collapsed so swiftly in 2021.

hor is Afghanistan’s eighth largest province by area but contains a relatively small population of around 700,000 people. Tajiks and Hazaras are the majority ethnicities, although Ghor’s Tajiks are actually Chahar Aimaq – an ethnicity alleged to have been Pashtuns who were forcibly resettled to Ghor in the 1880s and then “Persianized” over the years, eventually coming to be called Tajiks. Only small pockets of Pashtuns live in Ghor now, which fuelled lazy post-2001 analysis that there was no Taliban presence (given that the Taliban traditionally, though not exclusively, draw from Pashtun communities).

Territorially, Ghor epitomizes Afghanistan’s central highlands, being at the country’s center and sitting mostly at more than 2,500 meters above sea level. With little farmland, six months of heavy snow, and few industries, Ghor is impoverished even by Afghan standards. It also has a history of neglect. Even today, experienced international analysts would struggle to identify Ghor on a map or name its provincial capital. At peak presence, the U.S./NATO coalition deployed a few hundred soldiers there – miniscule compared to the city-sized bases elsewhere. Ghoris also decried their underrepresentation in government institutions over the past 20 years. Rarely, if ever, were ministers or high-ranking government officials from Ghor.

Neglecting Ghor was a mistake. History alone speaks to Ghor’s importance. Multiple origin theories suggest that Afghans – Pashtuns, in particular – descend from foreign settlers who initially came to Ghor, before eventually moving further south and east. One of Ghor’s legendary inhabitants was Qais Abdur Rashid, said to be the common ancestor of all Pashtuns. Born around 575 AD, legend has it that he travelled to Medina after hearing about the advent of Islam. There he met the Prophet Muhammad, converted to Islam, and returned to Ghor to spread his new faith.

Ghor’s more recent history has been dictated by geography. Bordering eight other provinces means that Ghor is a strategic gateway. Contiguity with northern Helmand was particularly attractive to the Taliban, who used Ghor as a safe haven for fighters and transit route for drugs in the early post-2001 years. As time progressed, Ghor’s internal dynamics also benefited the insurgents, who increasingly inserted themselves into Ghor’s local conflicts in order to stoke instability and pick off pro-government powerbrokers (a pattern replicated across Afghanistan). This was no secret. Ghoris warned of deteriorating security as early as 2010. But Ghor never became a priority for security forces due to lack of amassed Taliban and a misreading of local conflict dynamics.

Local Dynamics Explained
The starting point for understanding Ghor’s internal dynamics is the Murghab valley, a series of seven sub-valleys in northern Ghor, home to approximately 8,000 families. The Murghabi Network, known locally as “Murghabis,” control this area. They are Chahar Aimaqs but have long aligned with the Tajik-led political party known as Jamiat, whose leaders held senior government positions in Kabul after 2001 (using them to protect Murghabi interests – for example by stopping state security forces from conducting operations in the Murghab Valley).

The most famous Murghabi leader was General Ahmad Khan Murghabi. After fighting for Jamiat against the Soviets in the 1980s, he backed the Republic in 2001 and secured government positions for Murghabis in Ghor. But by 2004, a rival faction of the same ethnicity, known as the Rezayis, drove most Murghabis out and took most of the government positions.

Recognizing the value in a disenfranchised but well-armed group of militants, local Taliban reached out. The Murghabis welcomed the new relationship but maintained allegiance to Jamiat and even kept their people on the government payroll where possible. Playing all sides, General Murghabi’s militia roamed with effective impunity until an official alliance with the Taliban was agreed in 2013. But the Taliban quickly tired of Murghabi ill-discipline, cutting ties in July 2014 when two Murghabi commanders murdered 16 (mostly Hazara) people who were travelling to a wedding in Ghor.

The Murghabis were not free agents for long. In late 2014, the Afghan government was trying to raise local militia forces – so-called “People’s Uprising Movements” – in response to the international troop drawdown. General Murghabi offered his men, despite two of his commanders – those who murdered the wedding participants – rejecting the move. Both were accused of complicity when General Murghabi was assassinated by the Taliban a few months later in October 2014.

General Murghabi’s son took over – and sought revenge. Now backed by Afghan security forces, he razed the Taliban commander’s village, forcing the Taliban to flee to neighboring Faryab province. The Murghabis, Taliban allies a year earlier, were now venerated as anti-Taliban heroes. Years of banditry were seemingly forgotten and it was overlooked that their quest was more about personal revenge than popular uprising.

Yet rather than make Ghor peaceful, these events set conditions for more strife. Two years later, in 2016, longstanding grievances flared between the Murghabis and their local rivals. It started with a simple robbery, where a Murghabi unit stole some sheep and took the shepherds hostage (supposedly to release later). But they were caught mid-act, sparking a gun battle. When one of the locals was shot, his family tracked down the Murghabis and killed the commander (reportedly the same man who murdered the wedding participants in 2014). A spate of tit-for-tat killings gripped Ghor, with local communities trying to attract outside support by (questionably) claiming that the Murghabis had joined the Islamic State.

At one stage, protestors gathered to attack the Murghab Valley – at the same time as Afghan security forces planned a clearing operation, with commandos even dispatched from Kabul to partake in “Khashm-e Feroz Koh” (the Wrath of Feroz Koh). But accusations started to fly when government forces halted at the valley’s entrance. Had Murghabi backers in Kabul – namely Jamiat party politicians in the power-sharing government – intervened and stopped the operation at the last minute?

Whatever happened, old resentments were refreshed. Long-simmering anger boiled. Instability gripped a province that internationals still branded as “peaceful.” The Taliban stepped in, opening a new front against Afghan forces and building links with provincial powerbrokers.

So What?
The Ghor example could be an opportunity to criticize Western strategic narcissism and misreading of local dynamics. But blaming strategic failure on a lack of cultural understanding tends to be the last retreat of analysts who have no other answers. Ghor should be viewed instead as a microcosm to illustrate the layered complexity of Afghanistan – and even other contemporary conflicts.

It demonstrates how each province, each district, and each valley has its own unique and unhealthy combination of ethnic hatred, tribal fragmentation, narco-dynamics, and poverty. A murky underworld exists beneath elite decisionmaking. Shifting allegiances and double-dealing are everyday actions. Decades of tension and complex webs of grievances are tinderboxes waiting to inflame. Freelance commanders and criminals-masquerading-as-militia roam free, dipping in and out of ethnic and tribal battles when it suits. Government writ is weak and state security forces are so entangled with various militia that it is unclear who is friend and who is foe. All these factors blended to create conditions conducive to Taliban encroachment. For those who still wonder why the Republic unraveled so quickly in 2021, Ghor should be a case study.

But Ghor should also be a cautionary tale for the future. It reminds us that the current predicament facing Afghans is due to more factors than Ghani’s misgovernance or foreign geostrategy. Neither the Western withdrawal nor the Taliban return will pacify unpredictable local dynamics or undo generational grievances. State control remains fragile in many Afghan provinces, no matter who sits in Kabul. The Taliban will not be immune and will soon realize (if they have not already) that manipulating instability as insurgents is much easier than managing it as rulers.

The dust may be settling after seismic political change in Kabul. But that only means that the next phase in Afghanistan’s conflict is beginning.
Ghor is a reminder that Afghanistan’s wars aren’t over.