The Motto of the Pakistan Army 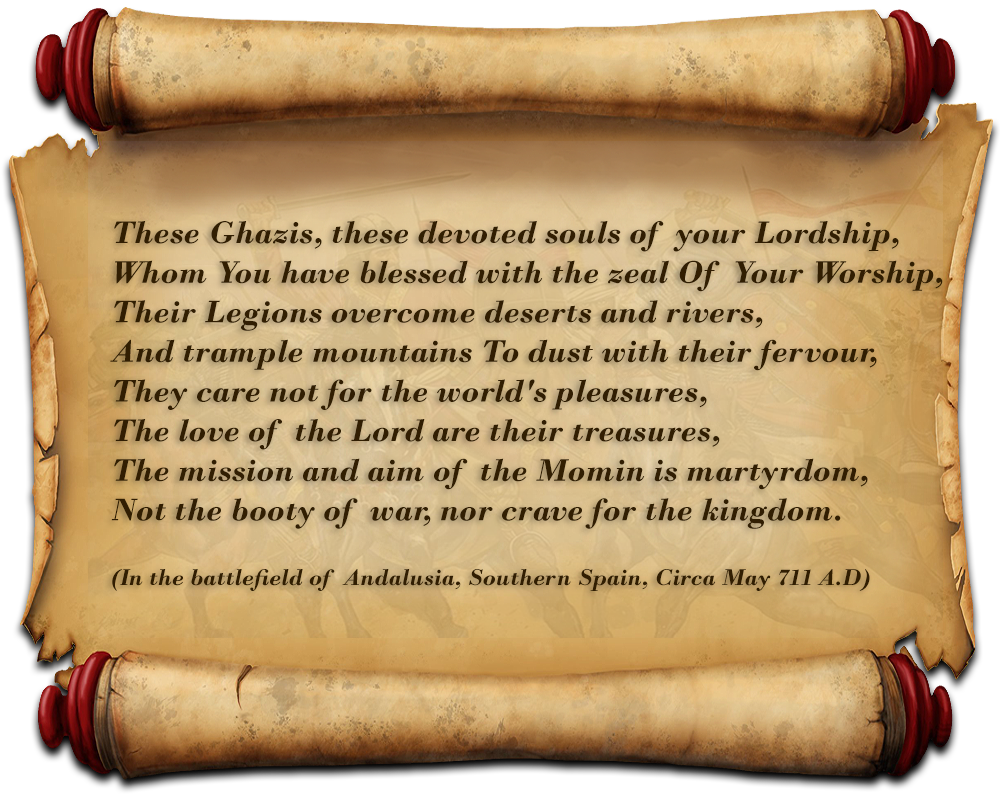 To have faith and trust in Allah and consider oneself

The concept of “no deity except Allah” is always alive in a Muslim’s heart. A Muslim recognizes that Allah alone is the Creator; that He alone is the Provider and Sustainer that He is the true Reality, the source of all things of all benefits and harms. This requires that He alone be worshiped and obeyed. “No deity except Allah” also includes the question of authority as the right to govern belongs to the One Who created him. Belief in Allah’s messenger means accepting Prophet Muhammad (PBUH) as the last Prophet sent by Him. Prophet Muhammad (PBUH) is the messenger of Allah by His authority. The duty of the Prophet Muhammad (PBUH) was not only to deliver the message which Allah revealed but also to explain it and put it into practice as an example to be followed by mankind.

Taqwa connotes the sense of protecting oneself from moral peril, preserving one’s virtue, and guarding oneself against the displeasure of Almighty. It is, thus, a kind of awareness or consciousness by means of which one protects oneself from sliding into evil.

The real objective of Islam is to shift the lordship of man over man to the lordship of Allah on the earth and to stake one’s life and everything else to achieve this sacred purpose. The Arabic word “Jihad” means to struggle or to strive. Jihad is a struggle against all that is perceived as evil in the cause of that which is perceived good, a cosmic and epic struggle spanning time and all dimensions of human thought and action, and transcending the physical universe. The Islamic Law regulates declaration of Jihad as limitations are also imposed on its conduct. In Chapter II verse 190, The Holy Quran refers to the duty of the Muslims to “fight in the cause of Allah those who fight you and be not aggressors. Allah loveth not those who are aggressors”.

The Muslims when they are engaged in fighting are not to transgress the limits within which war is allowed to be waged and, in principle, they are not allowed to be cruel or become revengeful. The general command to be just and fair is discernible from Chapter V. Verse 8:

Oh, ye who believe
stand out firmly for God as witness
To fair dealings,
And let not the hatred of other people to you
make you swerve to wrong and depart from justice.
Be just, that is next to piety. And fear God,
Surely, Allah is aware of what you do