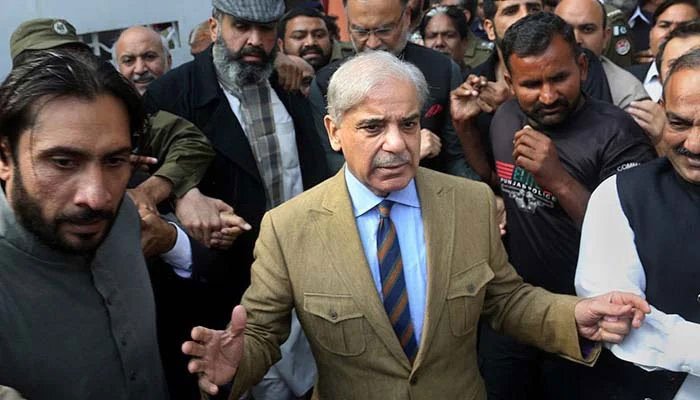 LAHORE: PML-N President Shehbaz Sharif on Tuesday appeared before the Joint Investigation Team (JIT) of the Federal Investigation Agency (FIA) in alleged Rs25 billion money laundering probe against him and other family members.

It has learnt that a five member team of the FIA headed by Director Dr Rizwan questioned Shahbaz for more than one hour. Hamza Shahbaz and his legal team also accompanied him at this occasion.

A day before Shahbaz and Hamza had secured interim bails from a banking court in this investigation fearing that FIA could arrest them. A large number of PML-N workers also reached the FIA office in a bid to show solidarity with their leader.

FIA sources informed daily Jang that Shahbaz was interrogated twice in an hour, and he was asked 20 questions. They said Shahbaz desired that his replies were kept secret. Earlier on June 15, the FIA had issued a call up notice to Shahbaz Sharif.

Talking to media outside FIA office, PML-N spokesperson Marriyum Aurangzeb said that in this case, NAB investigated for a year but nothing was found, and added that Shahbaz and Hamza answered the questionnaire of FIA.

She taunted that after the failure of the NAB-Niazi nexus, the FIA has now taken over the responsibility of political victimisation of government’s political rivals. She said Shahbaz and Hamza were called FIA to divert the people’s attention from “Jahangir Tareen’s NRO and anti-people budget.”

“Did Shahbaz Sharif raise sugar prices to Rs 120 per kg of sugar,” she questioned, and said that NRO was given to sugar, flour, gas and electricity thieves. She said the slogan of Donkey Raja was raised against Imran Khan due to which Shahbaz Sharif’s speech was not allowed in the budget.

She also criticized the statement of Imran Khan that women were raped because of their clothes was bad and Imran Khan should be ashamed of it. She further said that every plan started by Nawaz Sharif was put up with a plaque on it.