Moderate October but a boiling point in Pakistan’s political temperature! 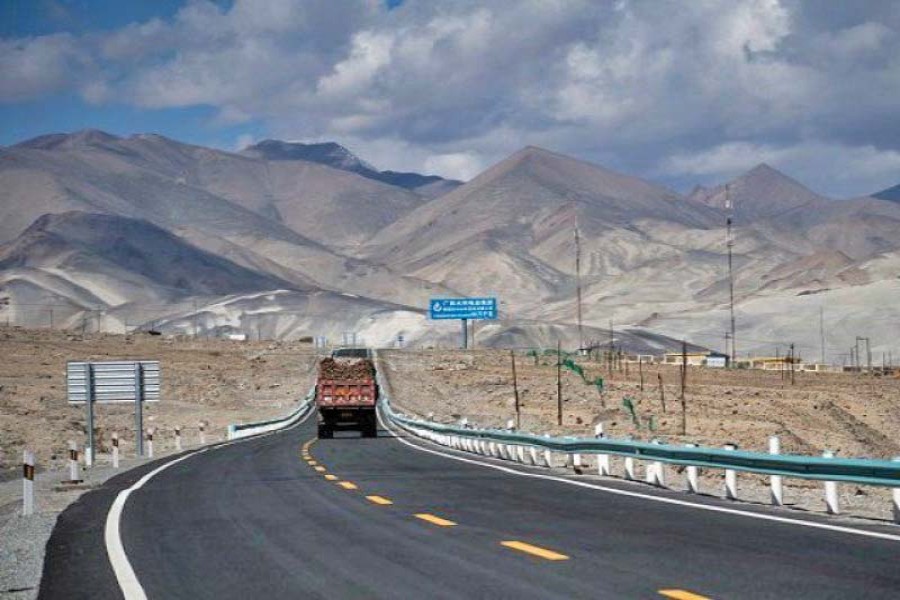 Pakistan is moving towards an inevitable political gridlock as lead opposition parties have fessed out plans for a countrywide campaign against Prime Minister Imran Khan’s government, with former Prime Minister Nawaz Sharif at the forefront. According to their schedule, public meetings will be held in different cities in October, November, and December, with the anticipated outcome of placing the government on its knees, or at least at the negotiating table. Besides, the opposition plans a long march to Islamabad and a sit-in demonstration in January next year in the federal capital.

In Pakistan’s complicated politics, chaos is not uncommon. But this time around, what seems to be somehow idiosyncratic is an over-the-board frustration and dissatisfaction among the opposition leader against the military’s role in political affairs. In public forums, what used to be debated by politicians in lounges or behind closed doors and off-the-record interviews with journalists is now being discussed openly. Ex-Premier Nawaz Sharif, ending his two-year-long silence, told a multi-party conference last month through a video linkage from London that there is a ‘state above the state’ in Pakistan. Sharif said his fight has been against “those who put such an incompetent leader” on the nation through a manipulated electoral process, referring to the extensive allegations of ballot stuffing by the military in support of Khan in the 2018 elections. In Pakistan, opposition parties refer to Khan as “the picked,” and his “selectors” are the military.

A similar comment by another former prime minister, Yousaf Raza Gillani, in 2011, echoed Sharif’s “state above the state” remarks. The otherwise soft-spoken Gillani told the parliament that “there cannot be a state within a state,” referring to the military officers and an alleged plot to overthrow the elected government after the American raid in Pakistan’s garrison town of Abbottabad to capture Osama bin Laden. There is no evidence that the military has attempted to topple the government. The government and few self-proclaimed spokesmen of the military establishment among politicians have branded the top opposition leaders as “traitors,” “anti-state” and “Indian-agents,” a time-tested tool in Pakistan’s government armaments in general, and its security establishment in particular, to subdue Sharif’s recently introduced move.

In a televised interview on October 1, Khan said that by levelling charges of political interference against the military, Sharif was playing a “dangerous game.” Khan has said that Sharif has the support of India. A sedition case against Nawaz Sharif and other senior leaders of his Pakistan Muslim League-N for “conspiring against the government” and other old institutions was filed days later. The army and its intelligence agencies in Pakistan are indirectly referred to as “institutions” or “state institutions.”

Not unusual are the suspicions of being “anti-state” or “foreign agent.” Anti-state or Indian agents have been labelled from Fatima Jinnah, the sister of Pakistan’s founder Muhammad Ali Jinnah, in the mid-60s, to Nawaz Sharif in 2020, everyone who raised their voices for civil supremacy or against violations of the constitution and human rights or in support of freedom of speech. It could also be known as patriotism implies silent surrender, as established by the so-called “state institutions,” to the state-sponsored narrative to maintain a stable control on the seats of power.

Nawaz Sharif was the favourite of Pakistan’s military establishment in the late 1980s and early 90s for standing up to the late two-time Prime Minister, Benazir Bhutto, who had been deemed a threat. Aslam Baig and Asad Durrani, two generals, confessed their part in safeguarding their party’s re-election in the 1990s. As he sought to display his constitutional authority as the elected prime minister, Sharif lost popularity with the generals. In the 1990s, his cabinet was suspended twice. In comparison to the past, the generals publicly picked a side in a political war between Imran Khan and his opponents. It illustrates why Sharif believes the opposition’s battle is not against Imran Khan; he refers to the military.

In Pakistan, the’ hybrid law’ discussions are no longer a mystery. Such is the fear that no 24/7 television channel has ever challenged the military’s breach of the constitution by military generals, whereas they condemn politicians for their “ineptitude” quite openly. For instance, news of Sharif’s and former President Asif Ali Zardari identity theft assets has been covered by these networks regularly. But the investigation report by journalist Ahmad Noorani, who reported on suspected undeclared properties worth millions of dollars owned by former General Asim Saleem Bajwa and his family, did not dare air a single line.

Only when Bajwa released an official statement denouncing the charges as unfounded, then the private television channels pop up the problem. Bajwa, who is now the head of the China-Pakistan Economic Corridor (CPEC) Authority, was also the director-general of the Pakistani military’s media wing. Similarly, a few weeks ago, the local media raised a ruckus about a meeting between some politicians and Army Chief General Qamar Javed Bajwa.

The majority of analysts and TV anchors were heard opposing politicians for meeting the leader of the army. But hardly anyone dared ask what authority the army chief had called for a discussion with politicians over the first place. The powerful military could suffer if the conflict dragged, notwithstanding the government and military working rubbing shoulders to discredit the opposition leaders. For instance, when government ministers or television anchors raise queries about Nawaz Sharif being a delinquent, the opposition leaders point fingers at General Pervez Musharraf, the former military ruler who also fled the country was declared a delinquent by the courts.

In almost the same way, when government officials blame the opposition leaders of being fraudulent, the other side raises serious questions about the ill-gotten properties of Saleem Bajwa and his family. Sharif’s disclosures that General Zaheerul Islam, then head of Inter-Services Intelligence (ISI), had asked him to withdraw would build waves not only in the core audience of the former-premier but also somewhere else Pakistan.

Although the military has already been suspected of putting a government into power and helping. Although it has failed to perform on several fronts over the past two years, according to some analysts, comments, leaks, and accusations such as those made by Sharif would not augur well for Pakistan’s desirable picture’s most strong institution, it is military. Banning army criticism in the media will not support the hybrid government as social media makes headway in Pakistan, allowing a free exchange of news and information.