Minority killings : Kashmiriyat will not relent 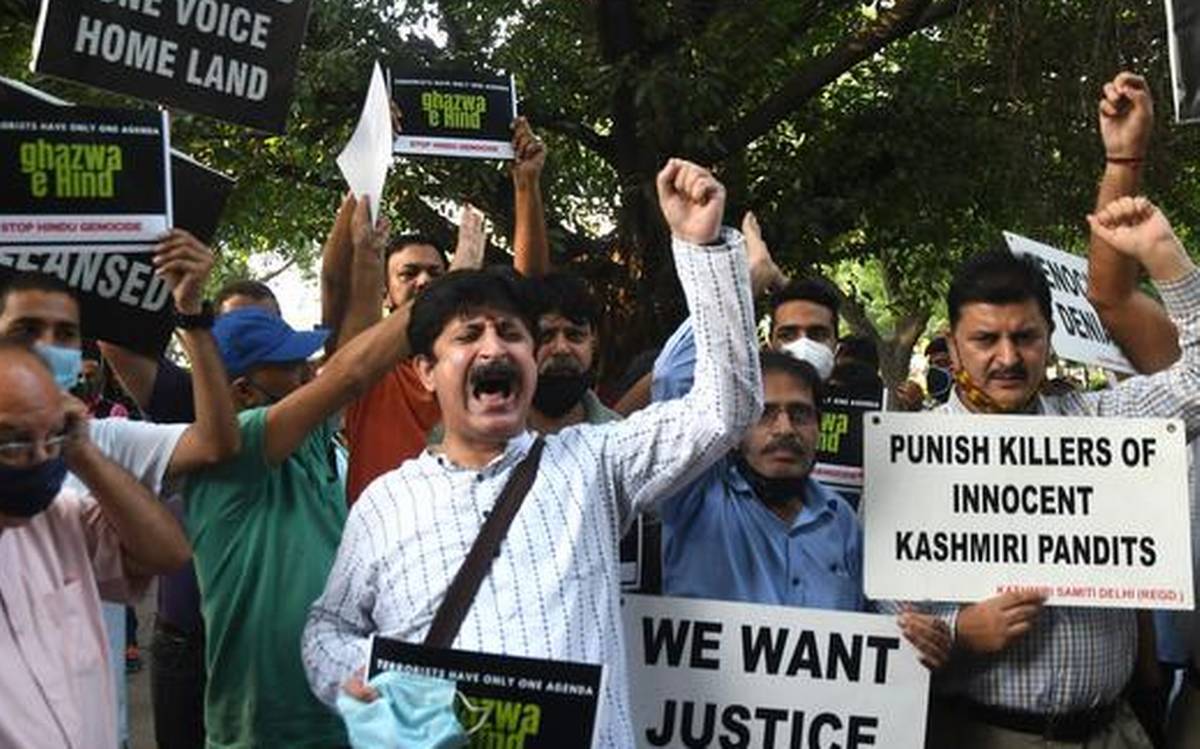 Events that transpired in the valley during the last 10 days have made everyone hark back to that dark period of the 90s when terrorism was at its peak and persecution and pogrom of the minorities in Kashmir made headlines all over the world. With induction of the Security Forces in the valley, things started to change for good. Army units not only combated terror but also undertook legion of Sadbhavna projects to meet the aspirations of the Awaam of Kashmir and slowly & steadily things started improving. Though, this transition took some time, but it was worth the wait. The footfall of tourists in Kashmir this year was at its record best in a decade. Local business flourished and per capita income spiked. Just when things started getting normal, the incidents of minority killings marred the valley and disrupted the atmosphere of prevailing peace. All this was done in an attempt to create fear psychosis in the minds of the minority population and force their exodus. The terrorists who perpetrated these attacks knew very well that they cannot confront the Security Forces and in order to convey their message, looked out for an easy prey, innocent, unarmed civilians including women. But little did they know that these action of theirs would only further alienate them from the masses and enkindle the pent up emotions of the local Kashmiris against the terrorists.

Amongst those killed was a famous chemist Makhan Lal Bindroo, a God fearing man with gregarious personality, who continued staying in the valley even during those turbulent times of 90s when most from his community were either forced to leave or left at their own will fearing threat to their lives. He served the people of Kashmir with his heart and was impervious to these caste/ religion based distinctions. What prize did he have to pay for the selfless service to the Kashmiri community? HIS LIFE. Similar fate awaited the two primary school teachers, Mrs Satinder Kaur and Mr Deepak Chand, who were shot point blank by the terrorists for being non – Muslims. Seldom would these terrorists realize that by committing such acts they are not just digging their own graves but are also denting the future of the next generation of Kashmir. Kashmir’s economy thrives on tourism and if such acts continue unabated, tourists will turn their back on Kashmir resulting in a big jolt the already fragile economy with the biggest sufferer being the common man.

Though we are fully confident of the capabilities of our Security Forces and can say without an iota of doubt that this industry of terror orchestrating such heinous acts would soon be dismantled and the sacrifice of all these innocent people would soon be avenged, its high time that the Kashmiri society must also realize that this specter of terror rises from within the society and it’s the people of Kashmir and only them who can tame this monster. Preventing young boys of the families from joining terrorist tanzeems is the only panacea for this disease and the Kashmiri society has a huge role to play towards achieving this. Terrorism in all its forms is a live challenge to Kashmiriyat and any act by the terrorist besmirches the fibre and fabric of the society, tarnishing its image and making the whole society stand in witness box of the courtroom with the rest of the world being the judge. Its our collective responsibility to ensure that the youth of Kashmir is weaned away from terrorism and are provided with opportunities to channelize their energy in the right direction. Together we can and we will defeat this evil of terror and make Kashmir a true paradise on earth.