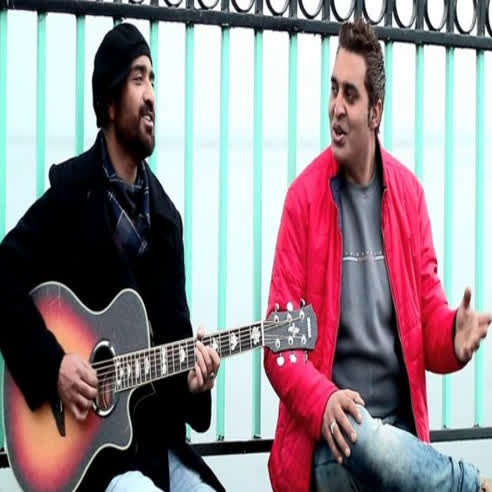 Due to their distinctive and melodic voices, young singers in the Kashmir Valley are making their mark at the local and national levels. Now, they are stepping forward to teach those who have a passion for singing.To do this, two Kashmiri singers Irfan and Bilal have founded the “Mazrab organisation, where they train aspiring vocalists in music.

Irfan and Bilal are two friends who started their careers together. Bilal hails from the Bemina area of Srinagar while Irfan Noorbagh hails from Srinagar.
Irfan and Bilal became well-known in the early years of the twenty-first century thanks to their Kashmiri song”Zamane Pokh Na Hum Dum Toti Kya Go,” and as a result, both of them created a school where they could both teach music.
In 2020, this institution, which had been established in 2011, received government support as well, as a result of which it was given a place in Chhatabul, Srinagar.

Bilal stated that more than 133 students, including young boys and girls, and senior citizens, are currently
taking music lessons at this one-of-a-kind facility in the Kashmir Valley.
He said that his youngest student is three years old while the oldest is an 80-year-old man. His favourite was to
say that music has no age, which he got clear proof from his own institution.Irfan claimed that he struggled greatly to fulfil his dream and that the challenging circumstances of the valley
continued to stand in his way. At present, the institution offers both music instruction and recording studio space for emerging vocalists to record their songs.
Bilal said, “During the days of struggle, sometimes we became parents to each other, and sometimes we gotthe same love from our partners and families.”
Irfan agreed with Bilal and expressed similar views. He said that his special focus is on exposing students to traditional music so that we can preserve our heritage.