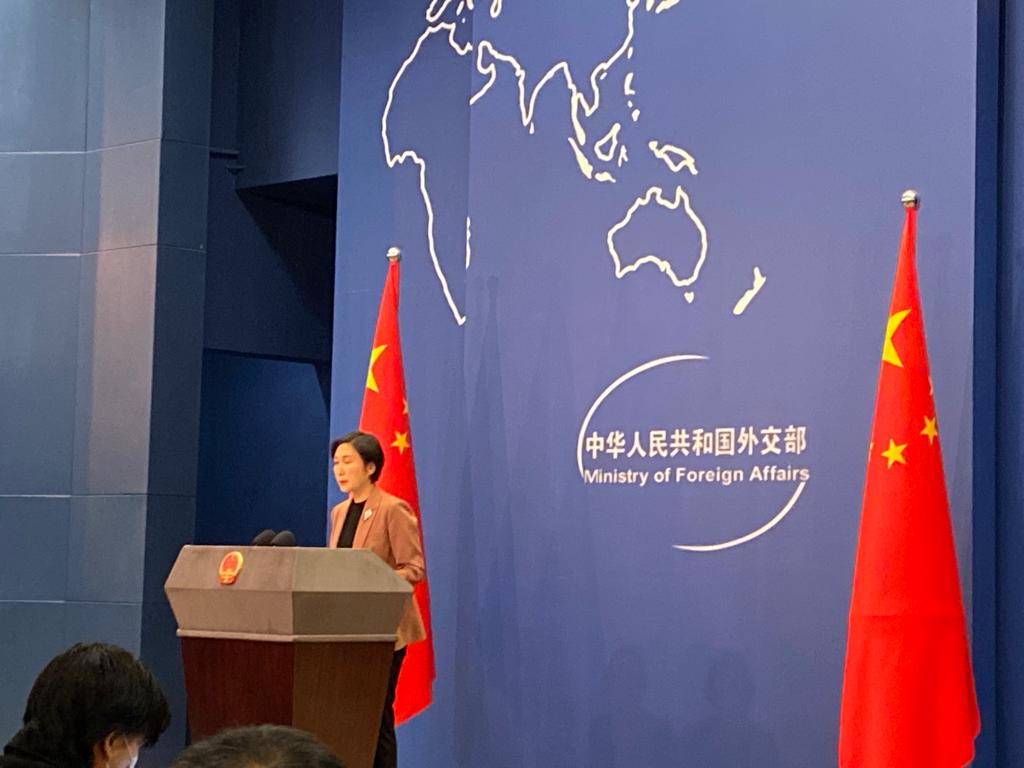 Pakistan’s port city Gwadar has been swept by massive protests with protesters threatening to block China-Pakistan Economic Corridor (CPEC) if their demands are not met by November 20. According to Pakistani media report, hundreds of children joined the ongoing protests in Gwadar which entered its 18th day on Sunday. The protesters are threatening to block the CPEC projects if their demands – which included banning illegal trawling in Gwadar and eliminate unnecessary checkpoints, among several other issues – are not met within a week.

Meanwhile, China has tried to downplay these Pakistani media reports of protests against the CPEC projects in Gwadar amid growing concerns about the security of hundreds of Chinese personnel working in Pakistan. In response to a question on Tuesday, Chinese Foreign Ministry spokesperson Mao Ning said at a media briefing in Beijing that “These reports are untrue. The organisers have said in public that the protests are not targeting the Chinese side or the CPEC.”

The protests by the locals against the China funded CPEC have been taking place for a very long time. Pakistani media reported that the protesting children reached Gwadar city from Turbat, Pasni and other areas of the Gwadar district and marched through the streets carrying placards and banners. They chanted slogans against the government and the authorities concerned for not implementing the agreement reached with the provincial government in December last year to ban illegal trawling in Gwadar and eliminate unnecessary checkpoints, among several other issues, it said. Pakistan’s Gwadar port city was rocked by month long protests last December as well.

Last year, the Dawn newspaper in a strongly worded editorial said, “Gwadar port has long been portrayed as the jewel in the CPEC crown, but in the process, the city has become the very embodiment of a security state” with government focussing on securing the port and its ancillary interests while neglecting the welfare of the local people.
“Far from the port being a harbinger of an economic boom, the opposite has happened. Existing privations have deepened; people’s mobility is restricted by security forces and there is unwarranted questioning of their activities. Many say they are made to feel like strangers in their own land,” it said.

A large number of local fishermen also complain that the Pakistan government has issued licences to Chinese trawlers to fish in the waters off the Balochistan coast further “squeezing” their livelihoods.

Gwadar port is termed as the “crown jewel” of the controversial USD 60 billion CPEC projects funded by China which has been consistently and resolutely opposed by India as it passes through Pakistan-Occupied Kashmir (PoK) which is an Indian territory illegally occupied by Pakistan.

CPEC connects Gwadar in Balochistan with Kashgar city in China’s Xinjiang province. The project, which is being laid through Karakoram highway, provides China access to the Arabian Sea. China is developing the Gwadar port sparking concerns that it could be used for military purposes by China in the long run.

China has been defending the Chinese projects in Pakistan saying that they have focused on people’s livelihood, but locals have complained of huge inconvenience due to related activities especially in Gwadar where many projects are stuck, and locals have been warded off from the area. Separatist Baloch Liberation Army (BLA) is opposed to China’s investments in Balochistan and accuses China and Pakistan of exploiting the resource-rich province.

Mao also declined to comment on the reports that bullet-proof vehicles will be provided for the security of hundreds of Chinese nationals working on various CPEC projects in Pakistan. “I am not aware of the specifics, but China and Pakistan are in close communication and cooperation to uphold the safety and security of Chinese nationals in the construction of CPEC,” she said.

Recent reports from Pakistan said China is putting pressure on the Pakistani government to permit Chinese security forces to protect the Chinese nationals working in CPEC projects. Pakistan is reportedly not in favor of the proposal as it could result in public resentment.

During Pakistan Prime Minister Shehbaz Sharif’s recent visit to Beijing earlier this month, Chinese President Xi Jinping told him that he is deeply concerned about the security of Chinese people in Pakistan and hopes that Islamabad will provide a reliable and safe environment to them.

There have been several attacks on Chinese nationals working in Pakistan, many of which were attributed to radical Islamic militant outfits in Pakistan. BLA has also carried out attack on Chinese workers. In her media briefing, Mao welcomed the death sentence handed by a Pakistani court to two men for planning the bomb attack last year on a bus carrying Chinese engineers working on a hydropower project at Dasu. Thirteen people, including nine Chinese nationals, were killed and 23 others injured in the Dasu attack, which shocked China.