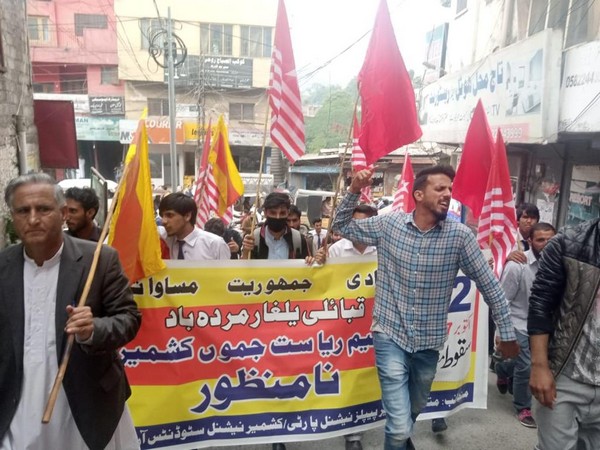 People in Pakistan occupied Kashmir (PoK) staged widespread protests on October 22 against Pakistan’s invasion of J&K in 1947. The demonstrators raised anti-Pakistan and anti-army slogans and displayed banners with Black Day written on them. Why October 22 is observed as Black Day in PoK. #PoK #PakistanOccupiedKashmir #Pakistan

In a significant development being reported from Pakistan-occupied Kashmir, the citizens of the region along with the UKNKP organized a widespread protest to condemn the Pakistan army’s invasion of Jammu and Kashmir in 1947 which had worsened the situation in the region. The protestors also declared 22nd October as a ‘Black Day’. This comes as a massive setback for the Pakistani government with its own citizens disowning its actions. The Pakistani army along with the tribals of the region had invaded Kashmir in 1947, which had signed a standstill agreement with India and the Pakistani dominion.