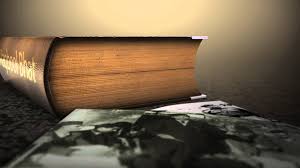 Compromise with contradictions is called hypocrisy. If a person makes such compromises, he becomes a hypocrite (munafiq). (According to Islamic belief, the munafiqs are the ones who pretends to be Muslims while they are actually not, and their place is in the lowest depths of Hell, where there will be none to help them.) If such a munafiq becomes head of an institution or group, then the whole institution or group becomes hypocritical.

If a state compromises on many issues, the whole country becomes hypocritical. India is constitutionally a secular state but the minorities are unsafe in the country. Secular India is ruled by an extremist Hindutva party, BJP. The BJP led government has made the killer of the father of the nation, Mahatma Gandhi, Nathuram Godse a hero for the Hindus. In Pakistan, the sister of the Qaid-Azam, Fatima Jinnah was called the mother of the nation when Jinnah was alive. When Fatima decided to stand against Gen Ayub Khan in the 1965 elections, she was declared an Indian agent. Even in charge of her election campaign and former secretary to Jinnah, Hasan Khurshid was declared an Indian agent.

Maqbool Bhat was friendly with Hasan Khurshid. Maqbool was active in the pro-democracy movement in Pakistan and also played an active role in creating “Azad” Kashmir. Maqbool was an educated person and was a friend of poet Ahmed Faraz. He was disappointed after the 1965 war and started preparations for launching an armed struggle for the freedom of Kashmir (Indian Kashmir). He was arrested in “occupied” Kashmir. He was accused of killing a CID officer Amar Chand and was sentenced to death. However, Maqbool was able to run away from jail and reached Pakistan.

In Pakistan, Maqbool was called an Indian agent and arrested. After he was released from jail, Maqbool was selected the president of the Plebiscite Front on 6 November 1969. In 1970 when assembly elections in “Azad” Kashmir were held, Maqbool and his friends came to Gilgit Baltistan to fight for its constitutional rights. They were arrested. He was arrested again after three months. Shortly afterwards, an Indian passenger airliner named Ganga was hijacked in 1971. The government of Pakistan accused Maqbool of having played a role in the hijacking of this plane. He was released in 1973.

Despite the fact that Maqbool was sentenced to death in “occupied” Kashmir, he went to “occupied” Kashmir and was arrested. On 11 February 1984, he was hanged. 11 February is observed as “martyrs’ day” in “occupied” Kashmir. On 5 February Prime Minister Imran Khan said in Kotli that when the Kashmiris decide in favour of Pakistan, they would be given an option whether they want to remain with Pakistan or be autonomous. There is the view that this statement of Imran Khan is against Pakistan’s policy. In response, it is being said that the statement was according to Article 257 of Pakistan’s Constitution.