‘MANUFACTURING’ APOCALYPSE IN JAMMU AND KASHMIR 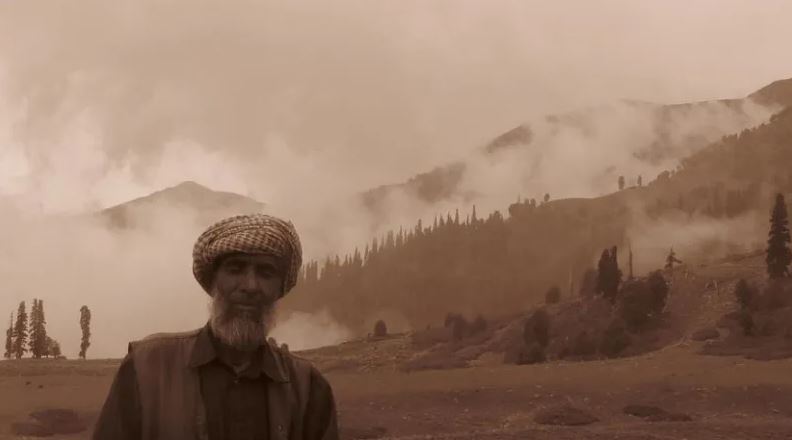 Since neither India’s Supreme Court nor the J&K High Court has ever issued any verdict against Article 370 abrogation, Khan’s assertions were completely unfounded
Just like the boy in Aesop’s fable who kept fooling villagers by crying “Wolf!”- Only to end up losing his credibility, Pakistan too has been peddling falsehood regarding the abysmal conditions prevailing in Jammu and Kashmir [J&K] with such unrelenting tedium that the international community no longer takes its ramblings seriously. However, in absence of any legally tenable or diplomatically acceptable basis to buttress it’s contrived Kashmir narrative, Islamabad has no other option but to follow Joseph Goebbels’s postulate that “If you tell a lie big enough and keep repeating it, people will eventually come to believe it,” and hope it will work.

In 2019, New Delhi abrogated Articles 370 and 35A of the Indian Constitution which granted the erstwhile state of Jammu and Kashmir a special autonomous status within the Indian Union. However, rather than seeking advice from legal experts on this development, Pakistani Prime Minister Imran Khan immediately determined that this move was illegal. In his wisdom, by abrogating Article 370, the Government of India [GoI] had “gone against their Constitution, they have gone against a verdict of their Supreme Court as well as against that of Jammu and Kashmir High Court.”
However, what the impetuous cricketer-turned-politician didn’t realise is that on the issue of Article 370 abrogation, the GoI had done its homework well. Being a “temporary provision” with respect to J&K in Part XXI (Temporary, Transitional and Special Provisions) of the Constitution, Article 370 was revoked through the process prescribed in the Indian Constitution. Similarly, since Article 35A had been inserted in the Constitution (Application to Jammu and Kashmir) Order, 1954, under Article 370, once this Article was abrogated, Article 35A obviously became null and void.
Furthermore, since neither India’s Supreme Court nor the J&K High Court has ever issued any verdict against Article 370 abrogation, Khan’s assertions were completely unfounded. Even if misinformed, he would have known that in democracies, legislative decisions automatically countermand any judicial ruling on the issue. However, things didn’t end here as Khan caused further embarrassment, saying that by abrogating Article 370, India had “gone against 17 UN Security Council resolutions. They have gone against [the] UN General Assembly resolution. They have gone against [the] Shimla agreement.”

How can anyone consider a democratically elected government of a sovereign nation amending its own as an act violative of UN resolutions defies logical explanation. However, with Pakistan army chief Gen Qamar Javed Bajwa joining the fray by declaring that “The Pakistan Army firmly stands by Kashmiris in their just-fight till the very end. We are prepared and shall go to any extent to fulfil our obligations,” Islamabad had no choice but to go-ahead and defend its unsound inferences in a desperate bid to save face as well as pacify the domestic audience.
Expectedly, Islamabad’s much-hyped diplomatic offensive drew a blank both from UNSC as well as the international community. Not only this, by clarifying that the UN Secretary-General “also recalls the 1972 Agreement on bilateral relations between India and Pakistan, also known as the Shimla Agreement, which states that the final status of Jammu and Kashmir is to be settled by peaceful means” the spokesperson to UN Secretary-General demolished Khan’s contention that Article 370 abrogation violated the Shimla Agreement. Moreover, by refusing to comment on Pakistan’s letter seeking this world body’s intervention on Article 370 abrogation, UNSC President Joanna Wronecka clearly indicated the UN body’s disinclination to entertain Islamabad’s unreasonable request.
Nevertheless, the politically green Khan supported by his headstrong army chief Gen Bajwa decided to brazen it out, and when UNSC refused to consider Pakistan’s request for a special meeting on Article 370 abrogation, to save face, Islamabad requisitioned assistance from its “all weather friend” China. While Beijing was able to set up a meeting, what actually followed was an embarrassing charade. UNSC made it clear that it would be an informal gathering, which would not be Article 370 abrogation specific but a general discussion on Kashmir. Furthermore, minutes of the meeting wouldn’t be recorded, no decisions would be taken or directions issued, and no press statement or communique would be issued on its conclusion. To add salt to injury, this meeting was held under the rather unflattering “any other business” category.

It was obvious beforehand that nothing would come out of this meeting. So much so that on the eve of the UNSC meet, Pakistani Foreign Minister’s forewarned his countrymen and Kashmir’s pro-Pakistan lobby by saying that “People in the Security Council aren’t standing with flowers,” and adding that “Let the people of Pakistan and Kashmir be aware that nobody out there [at UNSC] is waiting for you, nor awaiting your invite.” So, while Islamabad may try to portray this “any other business” meeting as a big diplomatic success, but by telling Pakistanis that they should “not live in a fool’s paradise,” Qureshi has clearly conceded that taking Article 370 abrogation to UNSC was a self-inflicted injury and an unqualified blunder on Islamabad’s part.

Having failed to get the Article 370 abrogation case resolved at UNSC, Islamabad changed track and sought to compare the temporary restrictions placed as a precautionary measure in J&K for maintenance of law and order as the Nazi pogrom against Jews. Taking this theme forward, Qureshi announced that “An in-principle decision has been taken to take the issue of Kashmir to the International Court of Justice [ICJ].” However, since this didn’t happen, it appears that after the UNSC fiasco Islamabad didn’t want to risk another humongous embarrassment at ICJ. This was a wise decision, because Barrister Khawar Qureshi [who represents Pakistan at ICJ] himself admitted that “it is extremely difficult for Pakistan to take this case to the ICJ.”

Yet, Khan did not give up, and in his 2019 UNGA address, he even went to the extent of equating the UNSC snub on Article 370 abrogation with “appeasement [of Nazi Germany] like that in 1939 in Munich.” He even went on to predict mayhem in J&K by saying, “But what will happen when 8 million Kashmiris come out of a lockdown and face 900,000 troops? I fear there will be a bloodbath.” However, two years have since gone by but the grim prognosis that Khan made from the UN podium hasn’t come to pass. So, Khan would obviously be both upset and embarrassed, as he’s become the butt of jokes- like PPP leader Bilawal Bhutto quipping, “Earlier, Pakistan’s policy on Kashmir was on how we will take Srinagar. Now, under Imran Khan’s government, we have been forced to think on how we will save Muzaffarabad.”

Recently, a London based law firm named Stoke White released a report which claims that “There is strong reason to believe that Indian authorities are conducting war crimes and other violence against civilians in J&K.” This law firm contends that this conclusion is based on more than 2,000 testimonies collected during 2020-2021 While there shouldn’t be no reason to doubt its claim but something seems amiss. Several diplomatic delegations and thousands of foreign tourists have visited Kashmir during this period, so, isn’t it odd that the so called “war crimes” being committed in J&K [as claimed by Stoke White] has curiously escaped everyone else’s notice?

Khalil Dewan who authored this report has been quoted saying “This report is dedicated to the families who have lost loved ones without a trace, and who experience daily threats when trying to attain justice.” Director of international law at Stoke White, Hakan Camuz claims that the application to the UK police was made on behalf of the family of a deceased Pakistani terrorist Zia Mustafa and Kashmiri human rights campaigner Muhammad Ahsan Untoo. However, nowhere has it been mentioned whether this report their thorough evaluation and accurate analysis] was a ‘pro bono’ exercise. Since it involved collecting, analysing, evaluating and interpreting more than 2,000 testimonies, this report would have consumed many-many man-hours.

Stoke White’s official website mentions that it is “committed to securing the best outcome for our clients,” and so, despite the noble sentiments expressed by its senior functionaries, it’s more likely that this law firm was motivated to undertake this project more by pecuniary considerations rather than dictates of human conscience. While one isn’t aware of how much this project would have cost, yet, knowing the exorbitant sums law firms charge for their services, it wouldn’t be incorrect to conclude that the same would have been far beyond the financial means of those on whose behalf this report has been purportedly prepared. Accordingly, it doesn’t require rocket science to discern who Stoke White’s real ‘client’ is in this case. Nor does one have to be a Nostradamus to predict that being patently subjective, this report will not serve the ‘client’ in any way.
So, while the ‘client’ has ended up with a burnt-out pocket, Stoke White is laughing all the way to the bank!