Choosing Between Make for Pakistan and Make for the Global Market 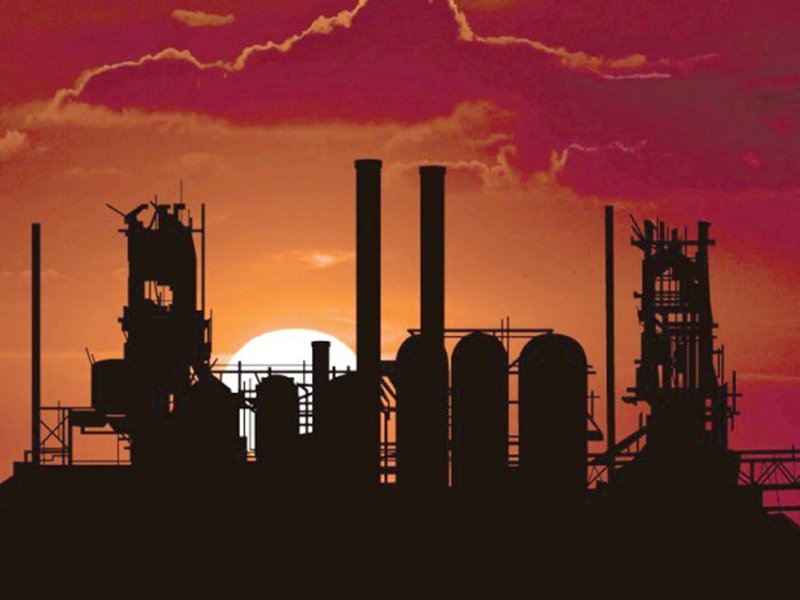 Pakistan is standing at the crossroads to make a strategic choice between ‘make for Pakistan’ (i.e., by implementing import-substitution or protectionist policies) and ‘make for the world market’ (by implementing export-promoting policies). Historically, Pakistan implemented an import-substitution strategy to industrialize the country. Initially, in 1947, this strategy was a correct strategy when Pakistan hardly had any large industrial unit to name.

However, later on, when our natural resource-based labor-intensive industries became competitive in the global markets, there was no reason to keep on protecting them from foreign competition in the domestic market. Although import-substitution policies helped establish a large number of industries in the country, the industries could not withstand the foreign competition because they were continually pampered through rent-seeking and profit-seeking activities. In fact, now the industries’ associations are virtually driving trade and industrial policies in the country.

The world economy is opening up for international trade. Global trade as a percentage of the GDP rose from 41.08% in 1992 to 60.40% in 2019. Until the early 1990s, Pakistan was a fairly open economy, but afterward, it started experiencing a decline in its trade openness. It may be noted that Pakistan’s trade as a percentage of the GDP declined from 32.4% in 1992 to 27.3% in 2019. This is the outcome of Pakistan’s flat export growth, which is lagging behind most of its Asian competitors, especially in textiles and garments.

During this time period, various programs of trade liberalization were announced but never implemented in letter and spirit. The programs were implemented in piecemeal and ad hoc manners. The public sector institutions that were supposed to implement programs were weak and inefficient due to rampant corruption, along with politicians and bureaucrats’ interventions to favor cronies or front persons. Manipulation of policies and policy controls gave rise to corrupt practices. Of late, the government is echoing the slogan in its policies for ‘make for the local Pakistani market’ rather than ‘make for the global market’.

Instead, what Pakistan needs now is more liberalization and effective implementation of the right policy measures that should result in ease-of-doing-business (including trade facilitation) and reduction in the cost-of-doing business. With effective liberalization, political and bureaucratic influences can be curbed, and hence corruption is eradicated.

As noted above, Pakistan has been mainly following the import-substitution strategy by restricting imports to protect local industries. Local industries flourish as long as the government ensures foreign competitors are out of the domestic market. Local industries receive all sorts of financial and other incentives, and the role of government is to ensure that the industries face no risks at all.

But imagine at what cost to the economy: import-substitution policies generally result in inefficient and uncompetitive industries, slow industrial growth, loss of economies-of-scale (in fact, import-substitution results in production fragmentation, as a result, domestic producers never support export-orientation), and loss of employment opportunities that export-orientation can bring for the country, loss of technological progress, rent-seeking activities, smuggling, trade incorrect invoicing all of these impose a heavy burden of protection on the economy and distort industrial growth by promoting inefficient activities.

A number of studies highlighted that the cost of protection to the economy is much higher than its benefits to the economy. In order to camouflage the cost of protection and the deleterious effects of rent-seeking activities that the country has been bearing for too long, now the proponents of import-substitution are using a different nomenclature ‘made in Pakistan’ to give a nationalistic touch to import-substitution activities, but the two are essentially the same.

Objectives of import-substitution are achieved by imposing high tariffs and/or by introducing quotas to shelter producers from foreign competition. Consequently, resources are shifted from efficient and competitive export-oriented firms towards inefficient import-substitution industries by deliberately making them profitable through policy doses.

In other words, while exporting, domestic firms learn from the best international practices to produce and export from their trading partners and foreign competitors. But if local firms only produce for the domestic market then they lose all the dynamic benefits of the global market. It needs to be highlighted here that if we only wish to expand exports while restricting our imports, as is currently practiced, then others will also close their doors for our exports resulting in a zero-sum game.

Pakistan always attracted foreign direct investment for import-substitution industries but never succeeded in attracting export-oriented industries. In fact, foreign investment has flowed into those industries that are extremely protected through tariffs and quotas. The classic case is the automobile industry, where foreign investors benefited enormously while hardly any benefit was given to the country in the form of transfer of technology, know-how or management practices, and lower product prices, etc. The automobile industry does not earn any foreign exchange but takes away most of its domestic earnings in foreign exchange, thus pressurizing foreign exchange reserves and hence the exchange rate.

Making for the Global Market: Some Strategic Directions

An export-oriented strategy is the need of the hour. This will give constructive signals not only to local exporters but also to the global markets indicating that our policies will be for export promotion and not at the cost of imports from trading partner countries. To trading partners, this will ensure that now onwards our trade openness index will clearly show a consistent upward trend. Local export firms will feel assured that anti-export bias in policies will be completely eliminated.

Pakistan needs to expand its exports not only in the traditional export markets but also by finding new markets. The government needs to negotiate free trade agreements with them, especially in those markets that, at this stage, do not follow stringent labor laws, technical barriers to trade, and intellectual property laws. With import restrictions, intermediate inputs and raw materials are not available to export-oriented firms at competitive prices, which is hurting their competitive strength. Therefore, while rationalizing the tariff structure, the needs of export-oriented industries, especially SMEs, for raw materials and intermediate inputs imports must be given the top priority.

Free trade policies along with efficient global supply and value chains enable a country to reap the benefits of specialization and take advantage of economies-of-scale. Pakistan has a living example of sports goods and surgical goods clusters in the city of Sialkot, where firms are progressing without much assistance from the government. The efficient ecosystem that is developed in the city through sheer private efforts is quite different from other parts of the country, where productive and efficient firms are comfortably competing with large international players. This model needs to be emulated by other industries in Pakistan.

In CPEC, SEZs attract Chinese investment in labor-intensive export-oriented industries. We need to capitalize on this lifetime opportunity offered by China by taking the right decisions without wasting any more time, otherwise, this opportunity will vanish forever. Rising cost-of-doing-business, red-tapism, and bureaucratic hurdles have forced many Pakistani firms to fly their capital to other countries like Bangladesh, both legally and illegally.

These countries offer better infrastructure, inexpensive land & warehousing facilities, cheaper labor and utilities, a business-friendly environment, and attractive tax incentives than Pakistan. This poses a pertinent question; why can’t we create such an ecosystem in Pakistan to bring our capital back home? How can we effectively implement the strategic directions? The government could establish an Export Committee (comprised of ministries, chambers of commerce, large and SMEs export firms, and academics) regularly chaired by the Prime Minister.

The Committee should review the progress, ways to remove bottlenecks, and preparing a strategy to penetrate export markets. This will give a positive signal to all stakeholders that the government is extremely serious in taking policy decisions and their fast implementation for ‘Make for World Markets’.