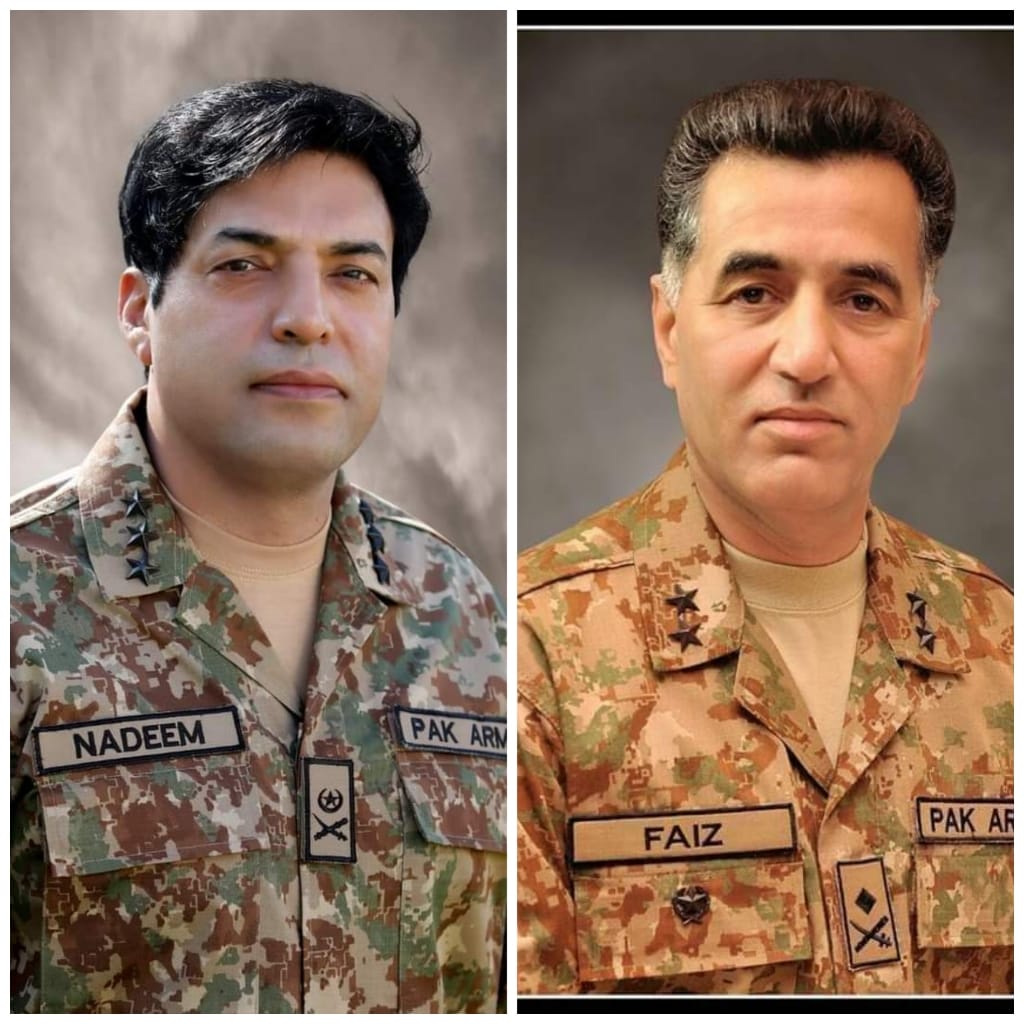 Lt-Gen Nadeem Ahmed Anjum, the Corps Commander, Karachi, was appointed as the Director General of the Inter-Services Intelligence (ISI) on Wednesday, the most coveted slot within the Military hierarchy after the army chief.

But the most significant appointment was the change of command at the ISI headquarters, often referred to as Abpara. The appointment of the DG ISI was approved by Prime Minister Imran Khan and the military’s media wing confirmed the move in an official handout.

The outgoing DG ISI Gen Faiz was posted as Corps Commander, Peshawar. He remained head of the ISI for 27 months and oversaw the US exit from Afghanistan and was involved in behind-the-scenes talks aimed at seeking a rapprochement between Pakistan and India.

Previously he served as DG Counter-Intelligence within the ISI, a key position that looks after the internal security.

The reshuffle and appointment of DG ISI was due since Gen Faiz hasn’t yet commanded a corps, a prerequisite for being eligible for the slot of the army chief. He will be among the four senior-most generals in November 2022, when the incumbent army chief’s extended tenure ends.

The incoming DG ISI, as per the ISPR, was commissioned in the Light Anti-Tank Battalion of the Punjab Regiment. He has diversified experience of command, staff and instructional assignments.

He is a graduate of the Combined Arms Centre, UK; Staff College, Quetta, Advance Staff Course, UK, the NDU, Islamabad, the APCSS, USA and the Royal College of Defence Studies, UK. He holds a Master’s degree from the King’s College, London and the NDU Islamabad.

General has vast experience of command in conventional as well as sub conventional threat environment. It added that he had been on command on both the western border and the LOC besides long service in Balochistan.

He has been an instructor at the PMA, Staff College and the NDU. He has been commandant of the Staff College, Quetta. He has also been chief of staff of 5 Corps. His last assignment was Commander 5 Corps, Sindh.

The ISI is a premier Intelligence agency of Pakistan tasked to deal with internal and external threats. Theoretically, its head reports to the prime minister.

The incoming ISI chief will have his hands full in dealing with multiple challenges particularly the Afghan situation and tensions with India.

Also, Maj-Gen Muhammad Asim Malik has been promoted as lieutenant general and appointed as the Adjutant General of the Pakistan Army, according to the ISPR.