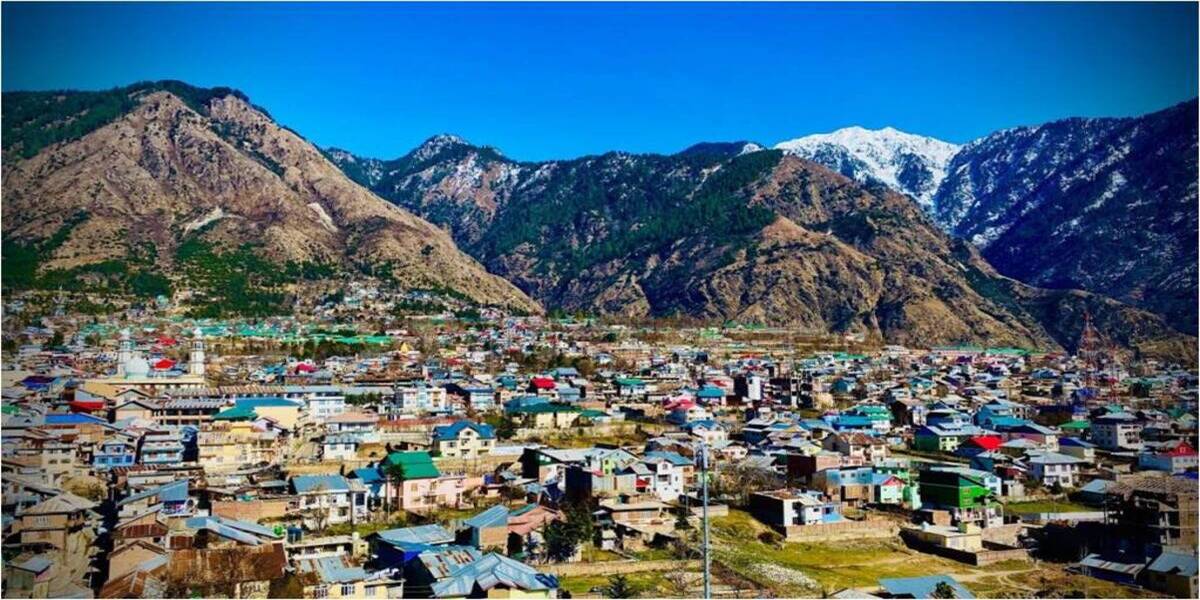 Kishtwar was an independent hilly state during the medieval period. Maharaja Gulab Singh, the Dogra ruler annexed it in 1821 AD. Kishtwar was carved out from the erstwhile district Doda during the year 2007-08 when the chief minister of J&K G.N Azad had taken a historic decision in July 2006 for the creation of this new mountainous district. It has the unique distinction of being the biggest district of the UT of Jammu and Kashmir in area. The area of Kishtwar district is 7737sq.km.Location: The plateau of Kishtwar is 5300 feet above Sea level. It lies between 75-25° East longitude and 34-10° North latitude. Distance from Jammu-234km.Distance from Kashmir-280km.The entire district is full of mountains, forest and hills. Hindus, Muslims, Sikhs and Buddhists all reside here with amity and brotherhood. So Kishtwar represents a true picture of secularism of India. District Kishtwar has its boundaries touching the valleys of Himachal in the south – east and Doda on south – west. It also shares the boundaries with Anantnag district. The population of the Kishtwar as per the 2011 census is 230,696 of which male and female are 120,165 and 110,531 respectively making it one of the least populous districts of J&K UT. People of Kishtwar are so nice, humble and helpful. Kishtwar is home to people of diverse ethnic origin, ranging from Kashmiris, Paharis, Gujjar, Gaddi and Buddhists. People speak languages of kashmiri or kashur, urdu, kishtwari, hindi, batli, paddri, phari, and gojjri.

Exploring the hidden beauty of Kishtwar: Kishtwar is full of hidden charm, wonderful sites and spots, health resorts, tourist locations, famous historical and religious places, shrines and monuments. Some major valleys and tourist spots of Kishtwar are Sinthan top, Mughalmaidan, Saffron valley, Padder (Sapphire mines), Machail, Kishtwar National Park, Dachhan, Marwah and Warwan valley. These are very beautiful places to visit, one can easily fall in love with the natural beauty of Kishtwar. Some of the beautiful spots and shrines are given below:

Chowgan: In the center of the Kishtwar. There is a big play ground/ grazing field known as Chowgan. Its area is about 520 Kanals or 165 Acres. It is surrounded by Chinard, Deodar and different kinds of trees. It is the main attractive place in the Kishtwar district. On its North there is a big temple called Gori Shanker Mandir and in its south there is a Shrine (Ziyarat) namely Asrar-Ud-DinBagdadi. Its ancient name is Goverdhansar which was a beautiful lake in the olden days, but with natural crisis all of its water flow down after which it was used for playing and grazing field. This ground is now developed in a modern ground with electric lights and different types of flowers all around it.

Qila Top: 1.5Km from Main Bus stand, Near the Shrine of Shah Farid ud Din (RA) is Qila Top on a hillock where a Fort and Palace exited during the rule of the Raja’s of Kishtwar. As the Sikhs took possession of Kishtwar, it was razed to ground, with the passage of time the Palace and fort became non-existence excepting the Throne made of Stone.

Saffron fields (Pochall): A place of attraction for the tourists are the saffron fields of Kishtwar located mainly in Pochhal, Hatta, Bera-Bhatta, Matta and Berwar villages nearby Kishtwar town. Saffron flowers are in full blossom in the months of October and November every year, so this time is the best for visit to Saffron fields. The view of purple-colored Saffron flowers, spreads like a blanket over the fields. The fragrance scattered by this blossom in the atmosphere gives a heavenly touch to the environment. Early In the morning before sun rises women folk, men and children in their colorful attires go to the saffron fields for plucking flowers.

Mughalmaidan: About 24 km from kishtwar is Mughalmaidan, a beautiful scenic spot on the bank of Chatroo River. The place is being developed as tourist spot. Chatroo River is known for rearing ‘Trout’ fish. Therefore, the fisheries Department of Jammu and Kashmir had established a ‘Fish-Hatchery’ here and constructed some buildings, Fish trade, if promoted, will raise the economic standard of the people. During summer people visit there to enjoy the mesmerizing beauty and take bath in the river as counter to extreme of hot weather.

Sinthan Top: From Chingam onwards, we find an ascending road amidst zigzag road and forest cover area. After that we find a beautiful spot which is known as Sinthan maidan, 60 kms away from Kishtwar. The alpine pastures of this place have matchless natural beauty. The cool and salubrious climate of the place has a refreshing effect on the tourists. 24 kilometers ahead of Sinthan Maidan is the Sinthan Top. Here we find unending slopes and plain meadows on the foot of the Sinthan-Top. The place is ideal for games like Para-gliding, horse riding, rock climbing and winter games like skating, ice-hockey etc. Kishtwar National Park is a beautiful place, located in the Kishtwar district of UT of Jammu and Kashmir. It was majorly founded to protect the Snow Leopards that are now slowly vanishing from the nature. This Park is situated at a distance of 40 kms from the town of the Kishtwar.

Shrine of Shah Asrar ud Din (RA): 02 Km from Main Bus Stand on the South Eastern corner of Chowgan Stands the Scarred and Famous Shrine of Shrine of Shah Asrar ud Din (RA). About him it is said that he was a born Saint (Wali) and began to talk soon after his birth. He performed miracles to the astonishment of all. He began foretelling the future, making the Walls to Walk and bringing the Dead back to life. On 25th Kartik (Bikrimi) the 03 days Annual Urs is celebrated and Thousands of devotees visit the Shrine for seeking blessing of great Saint.