Kashmir’s Wantrag, a Pashtun village, is like a little slice of Afghanistan 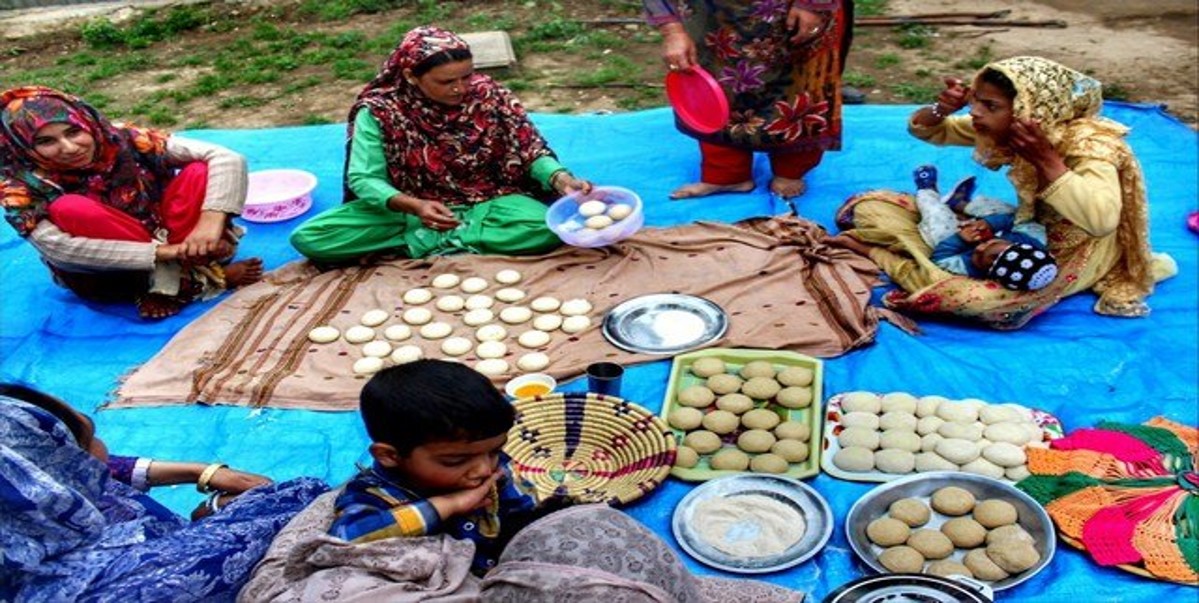 About 70 kilometres south of Jammu and Kashmir summer capital Srinagar, Wantrag, a Pashtun village, is home to hundreds of Afghan families resisting cultural assimilation with the rest of Kashmir.

An outsider finds himself at odds to talk to anyone there. Most of the residents speak Pashto. “The community still follows the Jirga system, a traditional assembly of society’s members that makes social decisions by consensus keeping the Pashtunwali (the Pashtun code of conduct) in high regard,” said Basheer Ahmed Pakhtoon, a Jirga head and a tribal leader.

While many of these families say they took shelter in this village well before Partition, roots of Afghans in the region date back even before the 16th Century when the Mughals, whose first conqueror of India, Babur, came from Ferghana (today in Uzbekistan).

It is highly likely that nobility or people from the tribes of Mughal rulers after Babur – who ruled Kabul before defeating Ibrahim Lodhi and taking over Delhi – settled in this village.

It is pertinent to mention that later Mughal rulers, again the descendants of Timur and Mongols from Central Asia who visited Kashmir, had engaged in exhaustive developmental work here. Larger tribes and armies of these rulers found shelter in Kashmir. Be it Jahangir or Dara Shikoh (Aurangzeb’s brother), many have visited and lived in Kashmir at a stretch.

While this might substantiate the arrival of many Afghans into Kashmir, a larger chunk only arrived in the immediate aftermath of Partition as traders.

Back to Wantrag, most of these Pakhtuns have not studied beyond the primary level. Women in their mid-40s said that earlier distance of schools from their rural setting was the main cause of female illiteracy. “Women were seen as the bearers of the family’s repute. The more they were timid, the more the family took pride in them,” Sara, who studies nursing, added.

She said that the building of schools in villages facilitated education for the rural women who were never really comfortable in an urban setting.

“Parents feared their daughters might fall in love with boys and bring their families a bad name. Things are changing now,” Sara said.

Almost all the families have relatives on the other side of the border. Shahbaz, who runs a phone repairing shop in the village, has DVDs of Pashto movies lined up on his shelves. He said the internet has provided a pathway home. Facebook has reconnected them. “When some relative of us wants to see us from Peshawar, he video calls us. This has been a game-changer in our lives,” Shahbaz said.

Outside his shop, huddled youths watching Pahstun songs on Youtube. The internet makes them feel at home while away.

“Whenever anyone wants to visit us here, all he needs to do is search the name of my shop on Google Maps. I have marked it there, it directs any of our relatives visiting us directly to Wantrag,” Shahbaz said.

He added that relatives bring gifts from Afghanistan and Pakistan.

One of Shahbaz’s friends even claims to have the sword of Mahmud Ghaznavi, which he says was given to him by his great-grandfather who brought it with him before the Partition.

Ghaznavi was an invader from Afghanistan who has raided Delhi multiple times in the 11th Century.

Meanwhile, Pakhtuns have a different style of greeting their guests. No Arabian hugs or handshakes. They just place both of their hands over their heart and nod slightly. Even their marriages are endogamous. Marriages mostly take place within the community, like marriages with cousins. First cousins are highly preferred.

The most common practice is that of an “exchange marriage” between paternal kin in which a sister or daughter is given and one simultaneously is taken. Pakhtuns prefer to be married at a young age and that too within the clan.

Kabuli Palaw, the national food of Afghanistan, is their favourite dish and is usually cooked during marriages. Meanwhile, the famous Kashmiri Waazwan has also made its entry into the menu now.

With inter-community marriages also taking place, Pakhtuns fear the erosion of their race in Kashmir. They think they are losing their culture.

“Earlier our marriages were endogamous, but today some of our girls are marrying into Kashmiri homes. We can’t do anything nor our Jirga community can resist this. Earlier, Kashmiri girls would marry into our tribe and acquire the Pashtunwali tradition. They would learn to speak our Pashto language even acquire our attire which is not the case now,” Ahmed added.

At Wantrag, the community also complained of under-representation. They said the only sop they’ve gotten from the government is an hour-long slot on Radio Kashmir, once a week, to display their culture. No other efforts to bring them at par with other caste minority groups are being undertaken, they complain. Also, none of the 300 Pakhtun families in these villages has a member serving in the government, barring one gazetted officer.

Most of the adult population has not studied beyond the primary level.

It was in 1954 that over a lakh Pakhtuns living in Jammu and Kashmir, without any nationality, became Indian subjects. The Indian Express reported on its front page on 24 July, 1954 that batches of them received certificates to this effect from then Kashmir prime minister Bakshi Gulam Mohammed.

“For now, we are trying to save this culture by encouraging inter clan marriages, but it is only a matter of time that our very cultural existence might be erased,” Shahmir Pakhtoon, a local, added.

Shahmir said even their children, who study the government prescribed syllabus, have started giving the larger social culture more value than their own culture.

“There is not even a single chapter on our history in the textbooks,” a local schoolteacher, wishing not to be named, said.The teacher added that for a language to survive, it needs descendants who will hold on to it, however, the absence of the same from the school curriculum has hampered its spread and it is bound to end completely.

“Not one among the newer generations is able to write or read Pashto well. They can read and write in English, Urdu and even Kashmiri because it is taught in their schools, but not Pashto,” said a local who teaches at a private school outside the village.

The local has demanded inclusion of the Pashto language as a subject in the curriculum of a few select schools, at least in Wantrag.