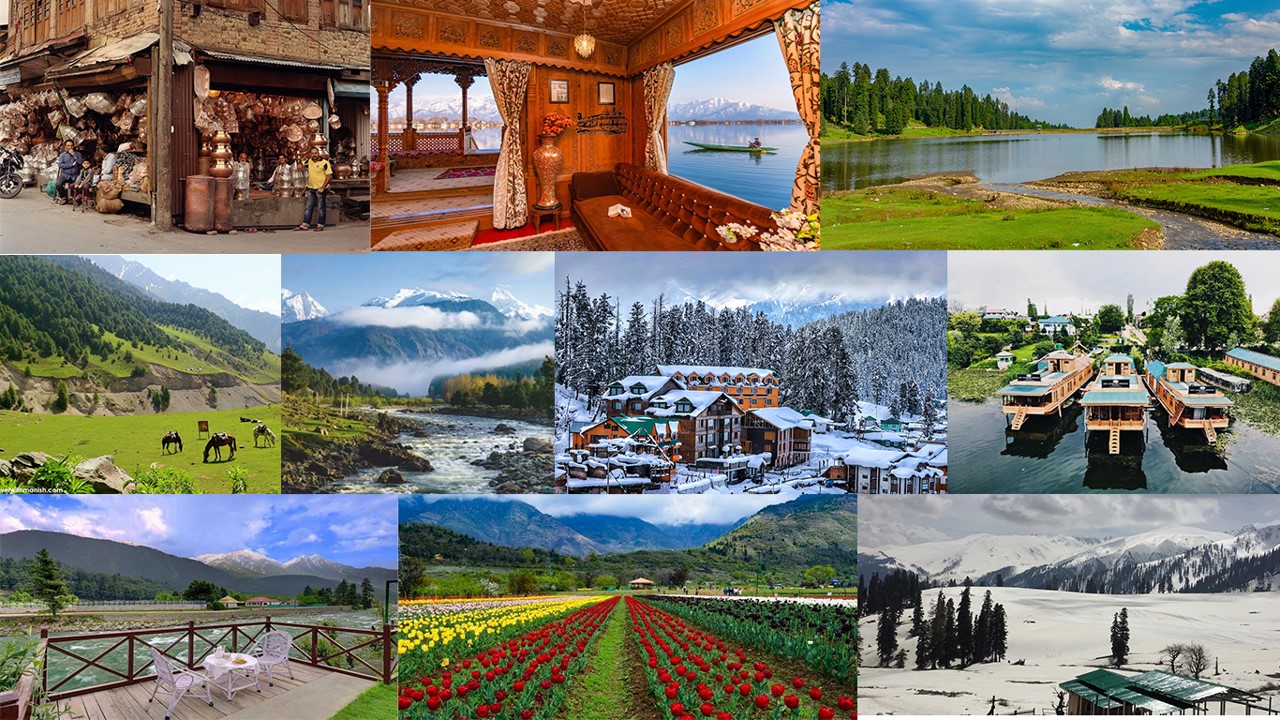 Prime land in Pahalgam, Gulmarg, and Sonmarg was leased out decades ago by the state to hoteliers and other tourism players to boost tourism and the local economy. It is indeed a matter of pride to see Kashmir’s tourism industry flourishing. Kashmir now has appropriate infrastructure available for a diverse range of tourist, including high-end tourism. As per the statistics of 2018, Kashmir has 1300 rooms available for high-end tourism alone. There are well-provided five-star and seven-star hotels. After 2018, the number of high-end rooms would have seen an increase since more hotels and more hospitality chains have come up.

This is a positive development for Kashmir and strengthens the local economy. Private players are earning handsome profits. Enquiries reveal that in the high-end segment, room rent in some hotels is as high as Rs 1 lakh to Rs 2.5 lakh. This is indicative that Kashmir can match the best in the hospitality sector. It is also important to look at whether the state is economically benefitting from the prosperous hospitality sector. While the private stakeholders in the hospitality industry are thriving, the state is not gaining in revenue from tourism hotspots like Gulmarg, Pahalgam and Sonmarg. Why is the government losing out on resources and revenue generation at Kashmir’s popular tourist places? A major reason is because the hotels and other players in the hospitality industry are not paying any lease money to the state for occupying this prime commercial land.

The salary bills of the Government of Jammu and Kashmir UT are bigger than the salary bills of some big states in India. Government revenue from the tourism hotspots would have been higher if the lease rates for the prime properties here had been revised. But enquiries reveal that even though the lease for some properties expired decades ago, the needful has not been done. This is leading to a major loss of revenue to the state exchequer. If the lease rates had been revised in time keeping in mind the immense tourism traffic in these areas, the government would have added to its kitty. It would have enabled the government to initiate additional development work in these areas and boost a self-reliant economy.

At Gulmarg, Sonmarg, Pahalgam and other tourist spots, lease rates have not been revised for decades. At many properties, the lease expired 20 to 30 years ago. It is astounding that for the most exclusive commercial properties, hotels and the like, not even a single penny is being charged as lease rent because the lease expired and it was not renewed. The lease amount was fixed decades ago, when the price index was very low. With zero revision of these figures, the government continues to get extremely low rent or no rent for these lavish properties built on prime state land. The state is the only loss-making player in this thriving industry. Since no remedial action has been taken, the state is yet to correct the loss.

Let us examine the rent that is given to the state in Pahalgam, Gulmarg and Sonmarg for for prime commercial land taken on lease. On average, the rent per kanal is Rs 600 per year. That means the hotel operator is paying Rs 50 per kanal per month. Now look at the revenue earned by the leading hotels in Kashmir. The rent charge may vary from Rs 15,000 a night to Rs 2.5 lakh a night. This implies that a single day’s revenue from a hotel with 30 rooms runs into lakhs of rupees. But the government is getting only Re 1 per day as rent for the premium commercial space. In Gulmarg, approximately 462 Kanals and 45 marlas have been leased out for 57 hotels and huts. From all this prime property, the government gets only Rs 23,100 as rent.

The icing on the cake is that for the last 10-12 years, even this low amount that was fixed as lease has not been paid to the government. This is because the lease period is now over. For Pahalgam, the lease was signed in 1930. It was not refreshed and has expired. So the private players occupying this space are not paying any rent at all. Similarly for Gulmarg, 90 per cent leases were signed in 1978 for 40 years. They expired in 2018. Sources reveal that the lease for more than 100 properties has expired. For years together, the issue was addressed neither by the political lords nor by the bureaucracy. Those whose lease period is over for the last 10-12 years are not even paying the little amount of rent. The expired lease is proving to be sonai pe suhaga for them.
Why weren’t the leases and rent renewed?

There were no efforts by the previous governments or corrupt officers to sort out the leased land issues because of their nexus with the affluent hoteliers. No efforts were made to increase the lease amount or renew the expired leases. Most officers associated with these tourist hotspots were busy in building their personal fortunes, resulting in mismanagement and loss of revenue to state.

All Pass The Buck

Masarat Hashim, Chief Executive Officer (CEO), Pahalgam
I don’t know about the lease for the commercial property. This is looked at by the Revenue Department. Please contact them. Additional Deputy Commissioner Ghulam Hassan Sheikh
I don’t know anything about the leased lands. Talk to SDM Pahalgam. He knows the present status. We are two ADCs in Anantnag. I don’t look at revenue matters. I only deal with non-revenue matters.

This office has no record that government land has been leased out, so there is no question of getting rent from anybody. The one who gives land on lease decides the rent. Since I have been here, no land has been given on lease to anyone. So I don’t have any information regarding this. Apparently the leases here are very old. Perhaps they were given decades ago. I can’t comment. You can approach other offices. I can provide you with today’s information. This office was established in 2014. There is no record as such of any land being leased out from Pahalgam, and no information is available in this office. We don’t take any rent from any person. We are not connected in any way with leasing out the land and making any agreement.