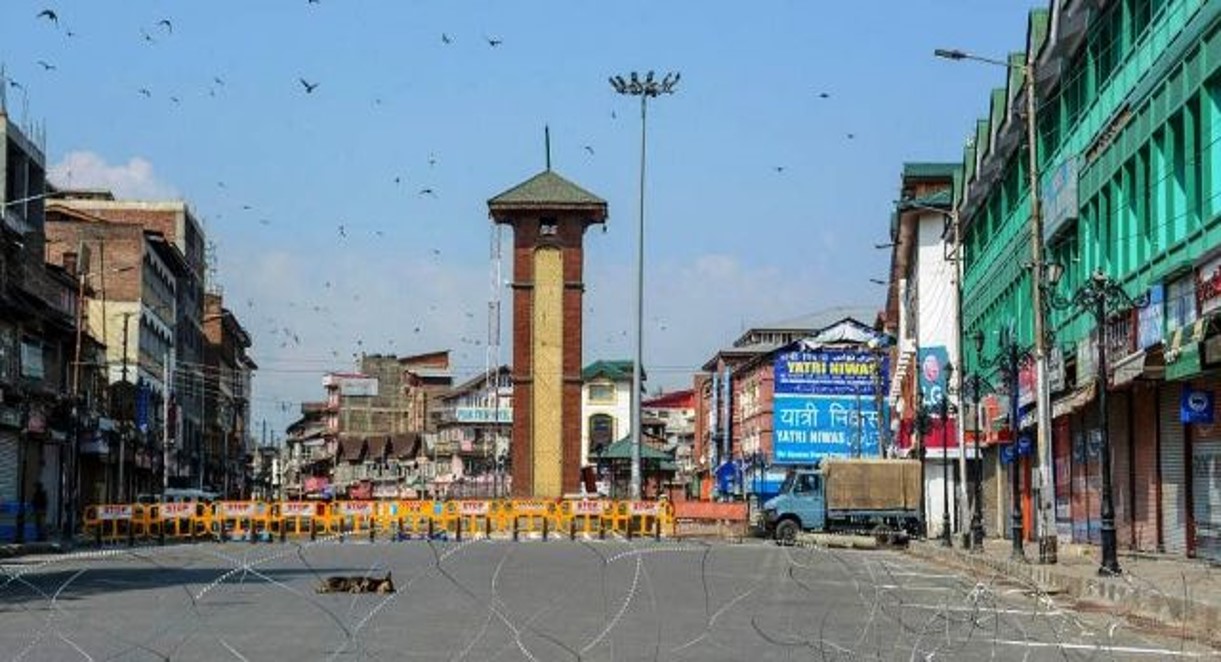 The constitutional changes brought about in the status of Jammu and Kashmir in August, 2019, led to talk of widespread agitations against the changes that never happened. A few months down the line, in the beginning of the year 2020, so-called “experts” were hired by vested interests to present an adverse economic impact on the region due to the restrictions imposed. By mid-2020, the Government of India had removed all restrictions.

During the last one year or so, core sectors of the economy of J&K have witnessed an unprecedented upswing. With top line internet access in place and a marked decrease in disruption of normal life as well as in terrorist incidents, economic parameters in areas like tourism, horticulture, fruit production, animal husbandry, productions of shawls, carpets and handicraft etc have witnessed tremendous growth.

The region experienced its share of slowdown due to the Corona pandemic, but the effect was considerably less than that felt in other states of the country and the worldwide parameters. It was so because better management led to a lesser impact of the virus. The Government of India has now launched an ambitious plan to fast track development of the region with infusion of funds and a boost to industry among others aspects.

The situation is vastly different from the economy of terror that had dominated Jammu and Kashmir for many decades when terrorism was at its peak in the region. It is well known that the state witnessed massive flow of illegal funds from foreign shores in those times. Money came directly from Pakistan across the LOC through the infiltrating terrorists; funds also came from narco-terrorism; illegal sale of arms, counterfeit (Fake) currency and through international Islamic charities. Internally, funds were being collected through Zakat (compulsory contribution) and other forms of forcible collection including extortion and robberies etc.

Funds were also brought in through a number of front organisations of which M/s Iqbal and Kohinoor Dythene Pesticide, Kashmir Medical Trust, Jhelum Valley Medical College, Islamic Welfare Society, Iqbal Memorial Trust, etc. were the most well known. The method popularly called Hawala is referred to as Hundi in Kashmir used to be very well organised. During times of peak terrorism it functioned as a parallel economy.

The money came mainly from Pakistan which in turn was receiving massive amounts from international Islamic charity organisations which were fronts created to keep “Jihad” alive in Kashmir. Funds used to go to charities created by terrorist organisations in Pakistan like the Al Rasheed Trust based in Karachi that is run by Maulana Masood Azhar, the notorious boss of the terrorist outfit Jaish-e-Mohammad. Another so-called charity , Markaz-ul-Dawa-Ishad, run by the Lashkar-e-Toiba openly receives money from “international charities” and also demands donation for its “Jihad Fund”. Syed Sallah-ud-Din, the Kashmiri boss of the United Jihad Council (UJC) has always remained flush with funds from international charities.

In India, the so-called leaders of the All Party Hurriyat Conference (APHC) were the beneficiaries of this largesse. It was utilised firstly to fill their own pockets and then to finance disruptive activities like Hartals (strikes), Bandhs (lock outs) and stone pelting. Financing of the huge Over Ground Workers (OGW) was also the responsibility of the APHC as was meeting demands of funds by various terrorist organisations. It is estimated that Rs. 400/500 crore is spent annually by Pakistan to sustain terror in Jammu and Kashmir from which a share is given to each and every organisation operating there.

The Hurriyat leaders have faced charges of corruption in the management of these funds to the extent of selling seats in medical colleges in Pakistan for money. Each such seat went for Rs.10/15 Lakhs. It also gave them an opportunity to send their close relatives for studies of medicine.

In the last few years, most of the separatist leaders have been under scrutiny of the National Investigation Agency (NIA) for terror funding. Many like Yasin Malik, Asiya Andrabi, Shabir Shah, Masrat Alam have been arrested while others like Marwaiz Umer Farooq and Syed Geelani were questioned. They have been confronted with evidence of their investment in many properties and commercial ventures, mostly Benaami (on names of others).

The investigation process received a boost by the arrest of one Zahoor Watali in August 2017; he was the kingpin for Hawala transactions of the separatists. On October, 24, 2017 Syed Shahid Yusuf, the son of Syed Sallah-ud-Din was arrested by the NIA. Altaf Ahmed Shah (also known as Altaf Fantoosh), the son-in-law of Syed Ali Shah Geelani was also arrested. Crucial electronic and documentary evidence is now available to establish the pattern of raising, collection, transfer and use of funds for terrorist and separatist activities.

Even more exasperating is the support being given to such anti-national activities by certain elements of the Indian media, so-called intelligentsia and left liberals. They have their own sources of funding, mainly think tanks functioning in western countries and foreign shores also supported indirectly by Pakistan and other Islamic entities. They were largely responsible in providing both support and protection to the separatists in their nefarious activities.

It is to the credit of the present Government in the centre as well as the state level that it has through NIA and other means closed the conduits of funding, especially Hawala/Hundi to a great extent. The economy of terror in Kashmir has been choked substantially. This has, along with the success achieved by security forces in counter terrorists operations, played a major role in bringing down the proliferation of terror in the region. The circumstances signify that the “ideology of separatism” always had financial gains as the prime motivation for dirty, self-serving politics aimed at gaining and retaining power at all cost.