Ray of hope rekindles in Kashmir! 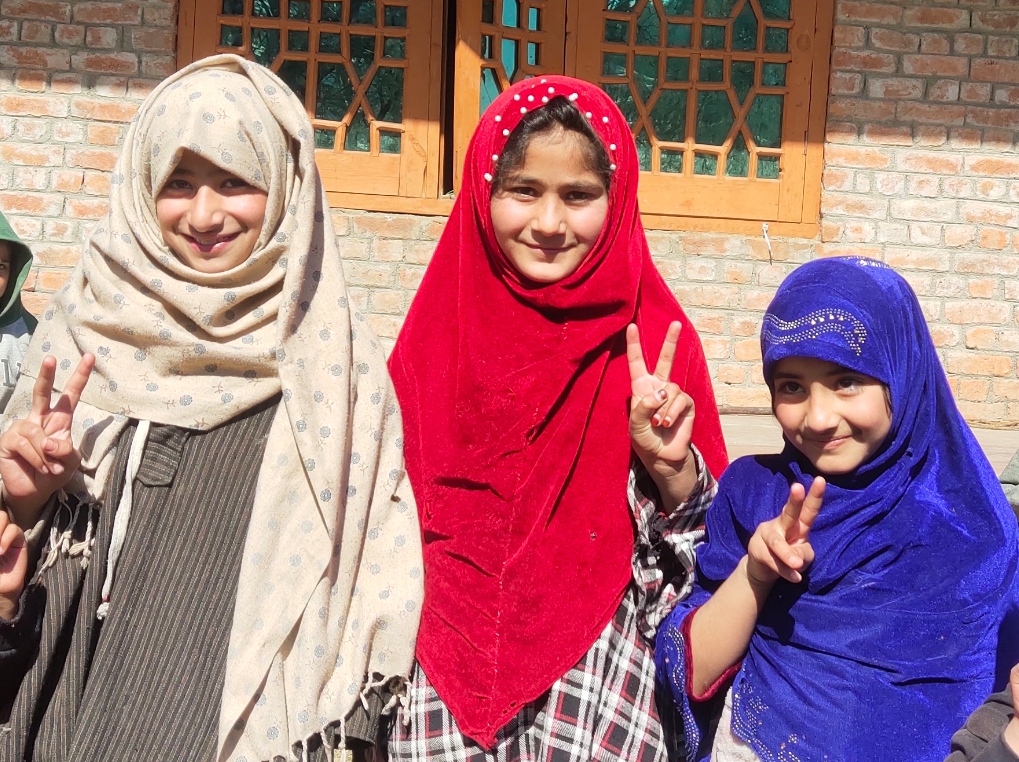 The unrelenting “nationalist” has not forgiven Mahatma for having uttered these words in the darkest days of 1947 when, comparatively, peace prevailed in Kashmir, whereas thousands of men/women perished elsewhere in the communal frenzy; ignited by partition of the sub continent.

Even after his death, long ago, Gandhi continues to draw flak from the so called nationalist for these observations which he made on the role of Kashmiri Muslims played in ensuring physical and material safety of the minorities living in Kashmir.

We know it well that Gandhi ji, as per habit, must be taking these vile barbs of the hyper nationalist with a smile. For sure, today, witnessing how the situation is unfolding in Kashmir, his smile must have become broader with a joyous sense of vindication.

When Amarnath yatra is on, whole Valley reverberates with the Bhum Bhum Bhole Jaikara.

A devout of one faith raises it and the one of other listens it with appropriate reverence – with no sign of annoyance or offence. The pilgrims returning after the Darshan narrate heartwarming tales of cooperation, brotherhood, and assistance rendered by the Muslims in Kashmir.

Over 40,000 people have visited the Amarnath cave shrine in Jammu and Kashmir since the pilgrimage began earlier this month.

Instrumental in the running of the annual pilgrimage is the role that the local Kashmiri Muslims have played. Hundreds of locals put up stalls at the yatra base camps at Baltal and Pahalgam.

Besides being a business provider for the locals, the Amarnath Yatra also showcases the bonding between Kashmiris and the pilgrims.

Tariq Ahmad looks forward to the Amarnath Yatra all year. He sells Kashmiri shawls and phirans (traditional Kashmiri outfit) to the yatris at Baltal, but more than business, Mr Ahmad says serving the pilgrims gives him a sense of satisfaction.

“We wait for the Amarnath Yatra for the whole year, we want that the yatra to progress peacefully – our livelihood is dependent on it,” said Mr Ahmad.

These tales come out shining in the gloomy atmosphere prevailing in the mainland. One must add here that there is nothing special about it: Muslims have been doing so since ages and will continue to do so for coming centuries.

But when the diabolical bigots, across societies, have made name of Lord Mahadev a source of friction, in the mainland Muslims in Kashmir, in contrast, have by their conduct brought forth His intrinsic value of a unifier – an innocent ( Bholla ) Benefactor for all.

The ongoing Amarnath Yatra does, undoubtedly, offer some hope in these dark times that all is not lost. Thus redeeming Mahatma at the time when his name and policy of religious tolerance and inclusivity are anathema to many in India.

In the country a culture seems to have developed where people from the communities are encouraged to make senseless statements against one another.

What compounds the unfortunate situation and allows these senseless remarks find a fertile ground is the fact that mutual respect for the communities is still wanting.

The process of ‘othering’ which started many years ago is climaxing now. Evil politics has affected our everything – from culture to education, social behaviour and the institutional integrity.

On a slight pretext, open calls for murder and celebration of violence have become order of the day. With one finding faith of the other offensive, country is sinking deeper into the dark pit of hate with situation becoming grim and disturbing everyday.

One can clearly see that the developing quagmire in the mainland has roots in the overpowering bigotry. What helps it to grow is the acquiescing inaction of those who are in position to control it.

We may see end to it only if the state follows rule of law and adherence to the constitution which in turn will ensure that a secular fabric of the country remains intact. More than that, people at large have to take a call. Returning yatris could help in the endeavor.

The manner in which local Muslims population is providing essential support system to the Amarnath pilgrimage, we get a hope that apart from sending a positive message to the countrymen, reconciliation of sorts is possible between Hindus and Muslims, in Kashmir.

Probably, sensing the mood some well meaning persons of both the communities have started to interact with one another.

Such interactions have commenced under the aegis of Kashmir Policy and Strategy Group headed by Senior Supreme Court Advocate, Ashok Bhan. Many amongst the Kashmiri Muslim civil society led by former Chief Secretary, Mohamed Shafi Pandit, have extended a helping hand to the initiative. Thus far, couple of meetings have been held that give hope: the effort must carry on, uninterruptedly.

All said, fingers have to be crossed. Many complexities surround Kashmir and the Kashmiris, so much that what one can say authoritatively about them today, opposite of the same rings equally authoritative the next day.