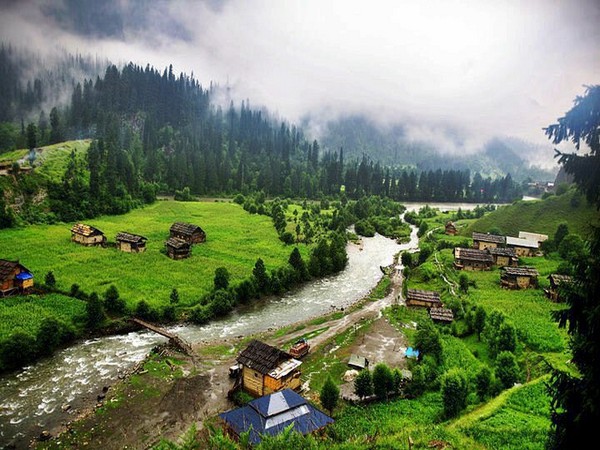 Naya Kashmir is a story of prosperity and triumph, however, the region was put through a lot of destruction before achieving this status.
It all began on 22nd October 1947 which is a day that is a reminder of Pakistan’s treachery, the first struggle in Kashmir which was so devastating that even after 72 years people of Kashmir recollect those days of horror as the Black Day. The scale of horror and destruction was unimaginable.

On the night of October 21-22 1947, Pakistan invaded erstwhile Riyasat of Jammu and Kashmir ostensibly in the garb of the tribal raid and subsequently was able to illegally occupy what is known as Pak Occupied Jammu Kashmir (PoJK). 6,000 trans-Indus tribal militia were let loose like wild dogs by the Pakistani Army compelling the Maharaja of Kashmir Hari Singh to sign the instrument of accession paving the way for the intervention of the Indian Army which successfully repelled the attack and saved Kashmir.
The conspiracy hatched by Pakistan was later exposed by their own Maj Gen (Retd) Akbar Khan in his book ‘Raiders in Kashmir’.

The first India-Pakistan war had formally begun that day, the book stated adding that in the garb of the tribal raid, Pakistan was able to illegally occupy what is known as Pak-Occupied Jammu Kashmir (PoJK).
Unfortunately, Pakistan still follows the same tactic of doublespeak to misguide the international community on Kashmir.

This dark memory is etched in every Kashmiri’s heart and mind, as several helpless people were hunted down and mercilessly killed in their homes and on the streets in the light of the day, and then publicly hung on electricity poles and trees as a meal for the scavengers and as a warning for the Kafir.
Creating a proxy war in the region, spilling Kashmiri blood – Hindus and Muslims, and priding on this
debauchery in the name of religion has been their goal, Pakistan aimed to annihilate Kashmir’s inclusive
culture and doctrine.

Pakistan was birthed by a handful of Muslim elites who wished to create a separate state where their writ can run large and could be run as per their whims and fancy. Even today the feudal structure of Pakistan remains intact, where the army and a few elite families continue to run the country where her future looks grim. This attitude of the Pak establishment first estranged the Bengali Muslims and led to the formation of Bangladesh, and is now creating discontent among the religious and ethnically marginalized sections of Pakistan.

Palpable tension exists among Balochis, Pashtuns, Sindhis, and PoJK. The voices of the oppressed have been suppressed for so long, that people no longer fight for fair treatment but for complete independence from Pakistan. The country has the blood of its own Muslim brothers on its hands. They have championed silencing heterodox sects such as Ahmadis and Shi’ites. Sectarian violence in Pakistan is embarking on a more dangerous journey, bringing down the already conditioned economy of the country.

Extremist Sunni groups enjoy support from military and political leadership. The barbaric bombing of the Shia Mosque in Peshawar during Friday prayers earlier this year which killed at least 60 people and injured 200 is proof of their violent temperament. From 2001 to August 2022, this violence claimed the lives of over 5,000 Shia Muslims.

Leveraging its favourable geo-strategic location and the then prevailing cold war rivalry between USA and
USSR, Pakistan ate with both hands and collected the support of the West, and pushed its anti-India narrative on the Kashmir issue. They alleged India of carrying out human rights violations on Kashmiris driving the need to resolve the matter under the UN Charter.

When the Soviets withdrew from Afghanistan in the mid-eighties and the American charities dried up, Pakistan cast its evil eye on Kashmir.
Pak’s nefarious establishment found a friend in Hurriyat Conference which was led by Kashmiri leaders like Mirwaiz Maulvi Farooq, SAS Geelani, Abdul Gani Bhatt, Abdul Gani Lone, etc who hijacked Kashmir Separatist movement. They claimed to represent Kashmiris including the substantial population of Pahadis, Gujjars, and Bakarwals who were absolutely against the separatist politics of Hurriyat. For more than 30 years these leaders kept Kashmiris in dark and brewed venom against India in their minds.

Fast forward to today when the reality of this “freedom movement” has hit home, Kashmir has turned a new page. And the biggest and most recent evidence is the overwhelming outcome of Home Minister Amit Shah’s public rally in Baramulla where he announced reservation to the Pahadi population of Jammu and Kashmir.

The Pahadi community has been a great support to the Indian Army in fighting Pakistan-sponsored crossborder terrorism.Kashmir has recovered from a time when the future seemed bleak and life meaningless. Today Kashmiris are on the path of peace and development along with the rest of India. Abrogation of Articles 370 and 35A has rejuvenated marginalized sections of J&K and given the power and rights back to people.

1.62 crore tourists visited Jammu and Kashmir in 2022, the highest number in 75 years of independence, and testimony of the success of the Government of India’s efforts to bring the region into the mainstream and restore normalcy in the state. The forthcoming elections that Home Minister has assured will be held in 2023 will further take the state to higher reaches.