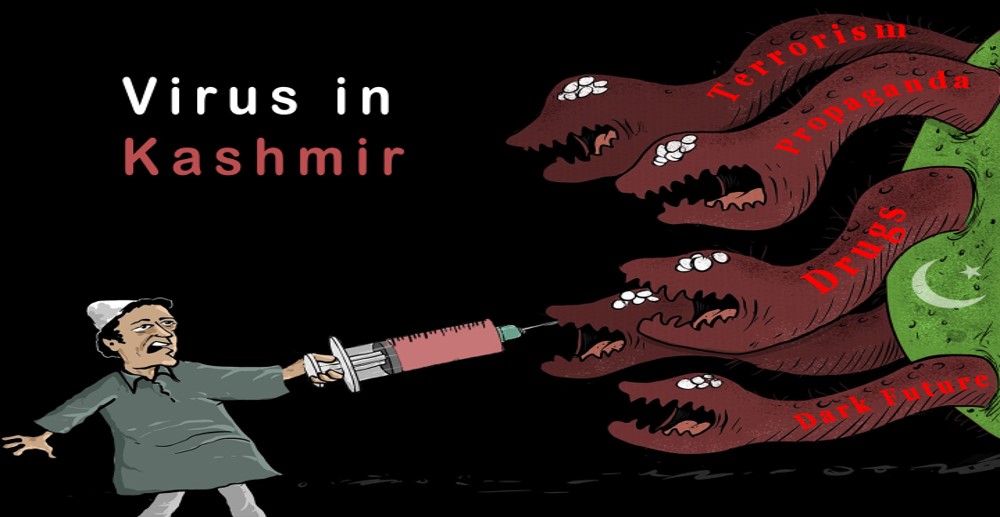 The so-called Kashmir Solidarity Day observed each year on February 5 was the brain child of the Emir of Jamaat-e-Islami Pakistan, late Qazi Hussain Ahmad. In 1990, when the Pakistan genocide of Kashmiri Pandits was being carried out in the Valley of Kashmir, hypocritical Kashmir Solidarity rallies were being held in Pakistan as well as in Pakistan-occupied Jammu and Kashmir and Gilgit-Baltistan (PoJK, PoGB).

On January 28 this year, just a week before the so-called Kashmir Solidarity Day was to be observed, the commissioner called a meeting at his office in Gilgit city. It saw heavy attendance of civil service heads, such as the deputy commissioner, the assistant deputy commissioner, head of the police department and other senior directors and sub-division officers (SDOs) of government departments.

The commissioner ordered them to bring two banners each for the February 5 rally in Gilgit city, inscribed with anti-India slogans. He also asked them to make sure that each department gathers all their employees and gets them to attend the rally. The direct and open involvement of local administration in organising anti-India public rallies in the guise of Kashmir solidarity in the direct contradiction to the recently launched, so called National security policy.

The Gilgit pattern is not only being replicated all over Pakistan-occupied Gilgit-Baltistan but also Pakistan occupied Kashmir and Pakistan. The prime minister of Pakistan-occupied Kashmir has been heavily criticised by the Commander of 10 Corps for his failure in conducting an impressionable protest all over PoJK on the occasion of India’s 73rd Republic Day on January 26.

All over Pakistan-occupied Kashmir less than a hundred people (mostly policemen dressed in white clothes and some women borrowed from low-paid jobs) could be mustered up and in London less than 40 people turned up for the protest (most of whom were carrying yellow Khalistan flags). One wonders how shameless the Pakistani establishment is to even talk about ‘solidarity’ with the people living in the Indian Union Territory of Jammu and Kashmir when people in PoJK and PoGB, living under the occupation of Pakistan military establishment since October 22, 1947, live in abject poverty and denial of basic human rights.

For three consecutive years, PoJK/PoGB have been facing severe shortage of wheat, leading to starvation in several pockets across the occupied territories, ex-service men have not received a single paisa in pensions, employees have not received salaries for a year now, there is load shedding of up to 20 hours in capital city of Gilgit and Skardu and 18 hours across PoJK, scarcity of water after our rivers were diverted to make water available for hydropower projects built by Chinese companies that generate electricity for consumption in Islamabad and Punjab, lack of classrooms in primary and middle schools in PoJK, and hospitals running without MRI, CT Scan, Doppler, ECG machines and lack of specialist doctors including gynecologists, broken road with no safety walls and last but not least, 2 million out of a population of 4 million forced into exile to earn a meagre living for families back home. My question is: who needs solidarity?

At this crucial juncture in our history when the reunification of PoJK and PoGB with Jammu and Kashmir and Ladakh respectively seems more than just writing on the wall and we are faced with the worst kind of humanitarian crisis in the occupied territories, it is us, people living under the illegal occupation of Pakistan, who need a show of solidarity from the world. In the face of the everyday plight of the people of PoJK and PoGB, Pakistani state-sponsored Kashmir Solidarity Day is nothing but a cruel joke.