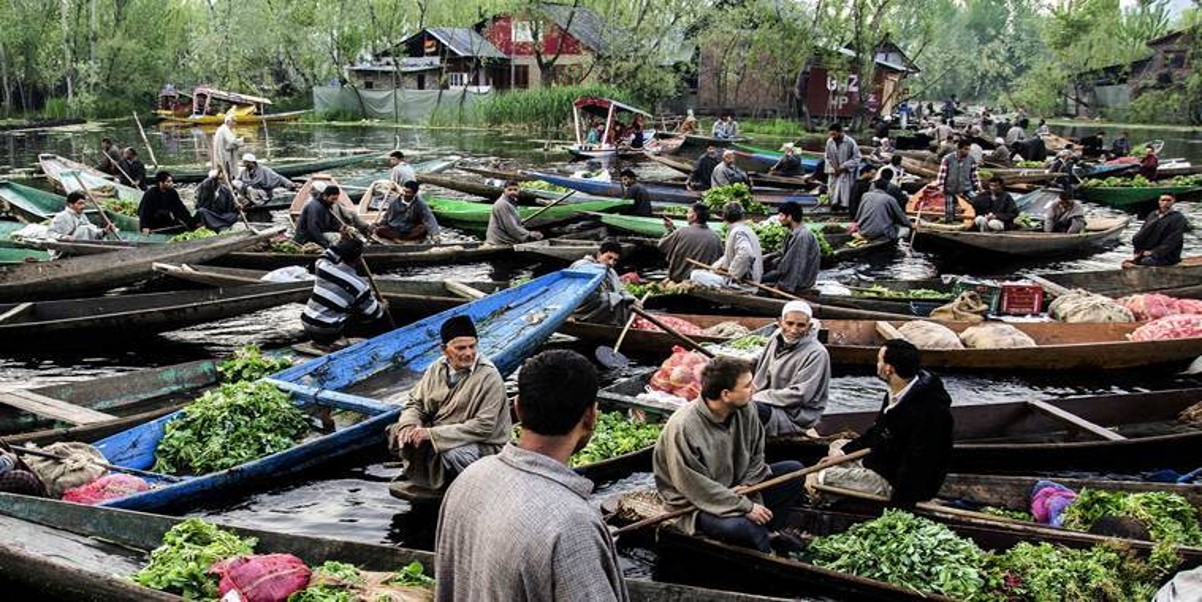 The economy of Kashmir receives the contributions from various sectors, although they are few in number. Unfortunately, it has gone through a violent conflict for over 3 decades now, its geography is unfavorable and politics even more convoluted. Since Kashmir’s economy is export-driven and import-dependent, the ongoing turmoil disrupted the supply chain and had a negative influence on whatever economic activity was present, with politics and political discourse taking centre stage.

While earlier lockdowns and hartals could impact the economy only to a small extent because of them being localized in nature, the lockdown imposed in the wake of the removal of special status and later due to pandemic had a severe and irreversible impact on the economy of Kashmir valley. In earlier lockdowns, household production activities like handicrafts and horticulture would continue to some extent. The goods produced could be transported out of Kashmir to the rest of the country and outside. However, the lockdown imposed post-August 5 was the strictest the region had witnessed in decades While the production activity continued, the value of produced goods could not be realised in the market. A halt could have been seen in the economic activities of the region, back lashing its working sector.

The major contribution to the region’s economy comes from exports, a substantial part of that comes from agriculture and allied activities, which are partially taxed. So, it doesn’t have a robust tax base and results in dependence on the Centre for funds. The argument that the region’s economy is dependent on the Centre, however, has to be understood in context. The erstwhile state was given the Special Category State status because the region is situated in mountainous and difficult terrain and strategically situated along the borders of neighbouring countries. In the larger political economy perspective, there is a fostered dependence, which over the years has become a part of the system. As a result, the regional government was not obliged to raise resources to fund itself. This could be to keep the regional government in control.

Jammu and Kashmir have a population of roughly 1.25 crore people. Following are the five major sectors contributing to the region’s economy: agriculture and horticulture, tourism, handicrafts, industries and government jobs. About 65 to 70 per cent of Kashmir’s population is supported by agriculture and horticulture. Although the service sector contributes around 50% to the Union Territory’s GDP, this sector employs a significant proportion of the population. The second sector is tourism, which varies but on average employs about a million people. The third is handicrafts, or the artisanal sector, which employs around 1 million people. The handicraft sector plays an important role in the state’s economic structure, and its high-quality craftsmanship, appealing designs, and functional utility have earned it international renown. Fourth is the industry sector, which is in its early stages of development. About 5 lakh people are employed by the government. Apples and shawls were two goods that helped the economy withstand the militancy. Below is a detailed account of the major sectors.

There is a constant need of peace and tranquility to perpetuate the economic activities. Once these start taking tool, many many menaces could meet the end with an active involvement of the idle youth into market sector and many more. More feeling of responsibilities shall end the feeling of aloofness which in turn has a potential to extract the energy into the sections in which society needs them, family needs them. One more tip could be a marriage of the miscreants.