KASHMIR ON PATH OF PEACE AND PROSPERITY    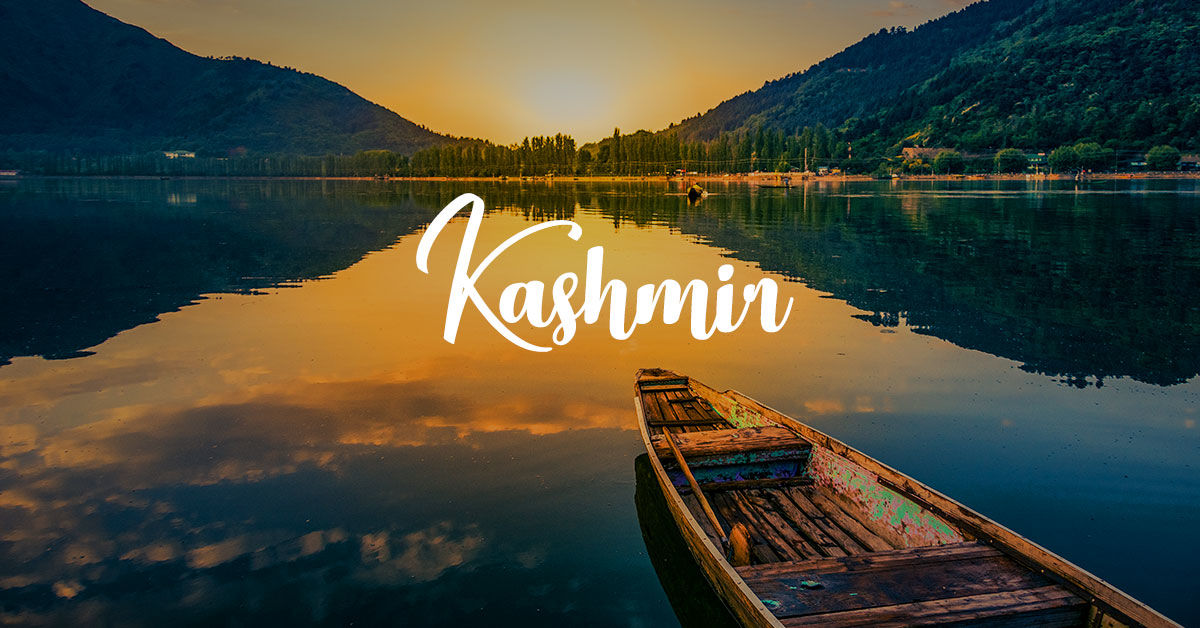 The center government decided to abrogate article 370 and 35 A to integrate the state of J&K with the rest of country on 05th Aug 2019 with the commitment of giving the long pending dues in the form of overall upliftment of people of the state. With the vision of Naya Jammu and Kashmir, in the Union Territory one can see the energy in the common people for the upliftment in all spheres of growth, for a better future for their children and grandchildren.

After witnessing decades of violence, the Union Territory of Jammu and Kashmir is now witnessing tremendous changes in economic activities post abrogation of Article 370. After Article 370 was repealed, Jammu and Kashmir became subject to 890 central laws, while 250 unfair state legislation were eliminated. Additional 130 state legislation have changed. The elimination of certain hurdles has led to a conducive business atmosphere. Due to the country`s strong leadership and increased stability in the region, foreign businesses are considering investment opportunities here. The Lulu Group, Apollo, EMAAR, and Jindal are among the few commercial organizations that have investments in Jammu and Kashmir.

The government is fully aware that investments play a crucial role in economic development because they lead to the accumulation of public wealth as well as advancements in science and technology. As a result, a framework for increasing the region`s manufacturing viability and economic growth is established. Jammu and Kashmir government established a five-person committee on June 23 to communicate with the Minister of External Affairs regarding the G20 meetings.

During the last three years, one thing that stands out is the handling, the curse of stone-pelting and frequent shutdowns in Kashmir. It’s after almost three decades that schools are functioning without being forced to shut due to hartal calls by separatist groups. Schools in Kashmir have opened since March this year after remaining shut for nearly three years due to long curfews, the security situation and Covid-19 restrictions. One can move around the town and countryside in Kashmir without fear of being caught in stone-pelting. The mob violence had made every place unsafe. Even mosques were not spared. Srinagar’s historic Jamia Masjid was turned into a weekly theatre of stone-pelting. So much so a police officer was lynched to death in the mosque premises on a sacred night of the Islamic calendar. When there is stability in the region, there will be peace and progress.

Pakistan army and the separatist leaders who were earning with this jehad factory are having a hard time now with the policies of present Indian government. Pakistan tried to hype the fake narrative of injustice taking place against Muslims in Kashmir through various social media platforms.  But in reality, it is executing this same fake narrative of injustice in Gilgit Baltistan. Instead of the fact that Shias of Gilgit Baltistan are a part of Muslim community, they are consistently persecuted by the Sunnis of mainland Pakistan. Musharraf Government used Pathan tribesmen of NWFP and Afghanistan along with its army to suffocate and ultimately silence the protests of Shias. They played the savage dance in the region of Gilgit; the houses of Shias were set on fire; their crops were destroyed; their women were raped; numberless Shias were kidnapped and butchered. Separatists of Kashmir, dreaming either to merge with Pakistan or to make a separate nation, should wake up because their fate will be no different from the Shias of Gilgit.

Nor the Separatists in Kashmir should forget the ugly game of suppression played by Pakistani army in Baluchistan. Pakistani army has been accused for executing genocide in Baluchistan. Whosoever tried to open their mouth in protest was tortured to death. Chief Minister of Baluchistan, Akhtar Mengal, is a stark example. He was imprisoned and was denied the basic human rights. With the increase in the activities of ISI in Baluchistan, there is also an increase in the disappearance of Balochs. Many Baloch student activists, journalists and sympathizers were arrested and gunned down openly. Hamid Mir, a journalist, was gunned by an ISI agent for hosting a program in the region. Sabeen Mahmud, a human right activist, tried to throw light upon the poignant conditions of Baloch; is another glaring example of open assassination. The reckless kidnapping and butchering of Baloch has converted this region into a land of mass graves. Killing and inflicting torture upon Baloch was not sufficient for the Pakistani government; they also exploited the region which is rich in oil and mining. In spite of the ample benefits derived from Baluchistan’s oil and mining, Baluchistan remained the most backward state of Pakistan. So, if the Separatists in Kashmir are so desperate to join Pakistan, then, they should start training themselves to bear repression mutely because the “Freedom of Speech and Expression” that they take for granted in India, does not exist in Pakistan. It is also advised to the Separatists not to forget the kind of inhumane treatment given to the minorities of Pakistan. Moreso, one can very well comprehend the situation in PoK when one compare PoK with Indian Kashmir and now, its high time for the people who do not want the betterment of people of Kashmir will become the dust of history.

Today, the things are different and India government has the will to take things head on and now peace and prosperity in the Kashmir is the top agenda of present govt which will not leave any stone unturned for it. Kashmir is well on its way to become a model state with investments, infrastructure, tourism, social welfare and agriculture showing unprecedented growth in past three years after being freed from Article 370.