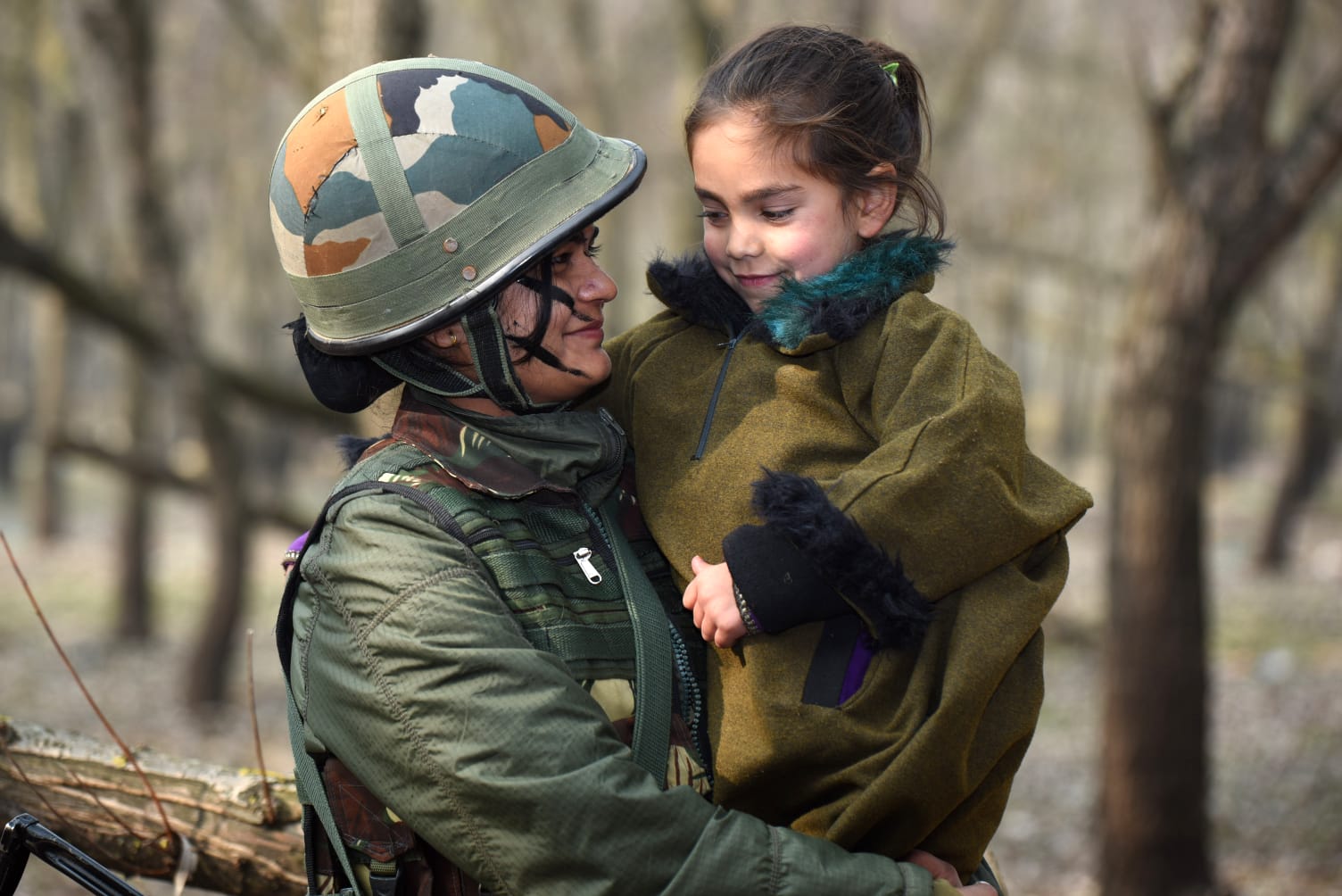 This is what Amir Khusro said soulfully about Kashmir– “If there is heaven on earth, it is here, it is here, it is here.” So enamored was the mighty Mughal with Kashmir that he is said to have visited it eight times during his reign. And this is so because of its beautiful valleys, lakes and Kashmiriyat.

The Dal and Nagin lakes with the beautiful houseboats mesmerizes people around the globe. It is difficult to overlook the ‘Floating Market’ and ‘Floating Garden’- all in the middle of Dal Lake. Then, there are two Mughal-era gardens that are set off by the lake and mountains. Shalimar, or an ‘Abode of Love’, built by Jahangir in 1619, is shaded by Chinar trees and has stone pavilions and gardens. Unfortunately, the garden is in sad shape. Nonetheless, Nisha1 with its flowerbeds, trees, fountains and water foaming down carved chutes, is dramatic. Its 12 terraces, representing the signs of the Zodiac, descend gradually and almost seem to merge into lake. It was built by Noorjehan’s brother Asif Khan in 1636.

Historically, Kashmir exemplifies unity in diversity with the co-existence of Shankaracharya temple, holy shrine of Amarnath and the Hazratbal shrine. Besides all these reasons, Kashmir metaphors as Paradise because of its vast stretches of flowery meadows called margs. Gulmarg, Sonamarg and Khillanmarg are few popular ones.

The term Kashmiriyat signifies the centuries old” indigenous secularism of the land of Jammu and Kashmir. Emerged in the 16’” century the term is categorized a religious and cultural harmony, patriotism and pride that the resident of Kashmir possesses for their land. Even after so many years the resident of Kashmir have kept this spirit of togetherness alive owing to its lineage of togetherness and brotherhood.

Ever since the land of Kashmir has been Witnessing socio- political and cultural transformations from time to time, kashmiriyat therefore is believed to be an expression of solidarity, resilience and patriotism regardless of the religious or cultural differences that its citizens may have. The blending of ideas and values of two major communities that reside in the territory that are Kashmiri Pandits and Muslims is the reason why Kashmiri stand out and exemplifies the term communal harmony.

It is quite common to see Kashmiri Pandits and Muslims not just living together harmoniously but also being a part of important occasions of each other both happy and sad. Strongly influenced by the principles of Kashmiri Shaivism, Buddhism and Sufism, Kashmiriyat is a long-standing conviction that all religions are equal and every religion will lead to the same divine goals.

Kashmir has been wrecked by the insurgency since 1989 and has been a breeding ground of separatist ambitions. The roots of insurgency are tied to a dispute over local autonomy. With some insurgent groups in Kashmir support complete independence, whereas others seek accession to Pakistan. Moral and diplomatic support to the activist is provided by the Inter -Services Intelligence.

At present there are over 12 different parties to the civil conflict leading to violence and terrorism. This terrorism has led to a large number of causalities including many civilians. According to official figures released in Jammu and Kashmir assembly, there were 3400 disappearances and 47000 people dead. Since the 2008 protests and 2010 unrest, the turmoil has taken a new dimension when people, particularly youngsters of the Kashmir valley have started pelting stones on security forces to express their aggression and protest for the loss of freedom.

Such an intricate development has led to a complex situation with multiple parties claiming their stakes. And tough decisions became the need of hour.

According to South Asia Terrorism Portal, 232 terrorists were gunned down in J&K in the year 2020 and around 140 civilian deaths. This data clearly signifies that a large number of terrorists are operating in the valley trying to make a footprint for themselves in this valley. Similarly, to counter this disease of violence over 700000 Indian soldiers are stationed in the valley

Use of social media platforms by anti-national elements to instigate hatred among the people of Kashmir and spread fake news has forced the government to take strong measures and place a denial on certain facilities such as mobile internet services. This was. necessary! o prevent any unfortunate incident in the valley and for a complete integration of Jammu and Kashmir into the Indian Union.

Post abrogation of Article 370 and 35-A, a curfew was imposed to prevent any mishap in the valley along with revoking certain communication services for a brief period. This attempt to mainstream the population of Jammu and Kashmir led to indispensable measures. Home her, gradually over a period of time in a systematic manner these were softened leading to long term solution.

From a myopic viewpoint, all that is said above may seem to be an attempt at besieging this heaven but in reality, the situation is quite contrary, all these are measures to uphold the integrity of the nation.

Nonetheless, this Paradise is reviving itself gradually by the collective effort of the security forces and peace-loving population of Jammu and Kashmir whose one and only concern is peaceful and co-existential growth displaying the true spirit of Kashmiriyat. Although the situation may seem grim and dark but this heaven will again restore its peace and serenity before long.

“Kashmir is delicate reminder of the fact that poetry not always need pages and words. When the pages are torn and ink is faded, the living poetry can be felt through heartbeats and emotions.”