Kabul, Kashmir and the return of realpolitik 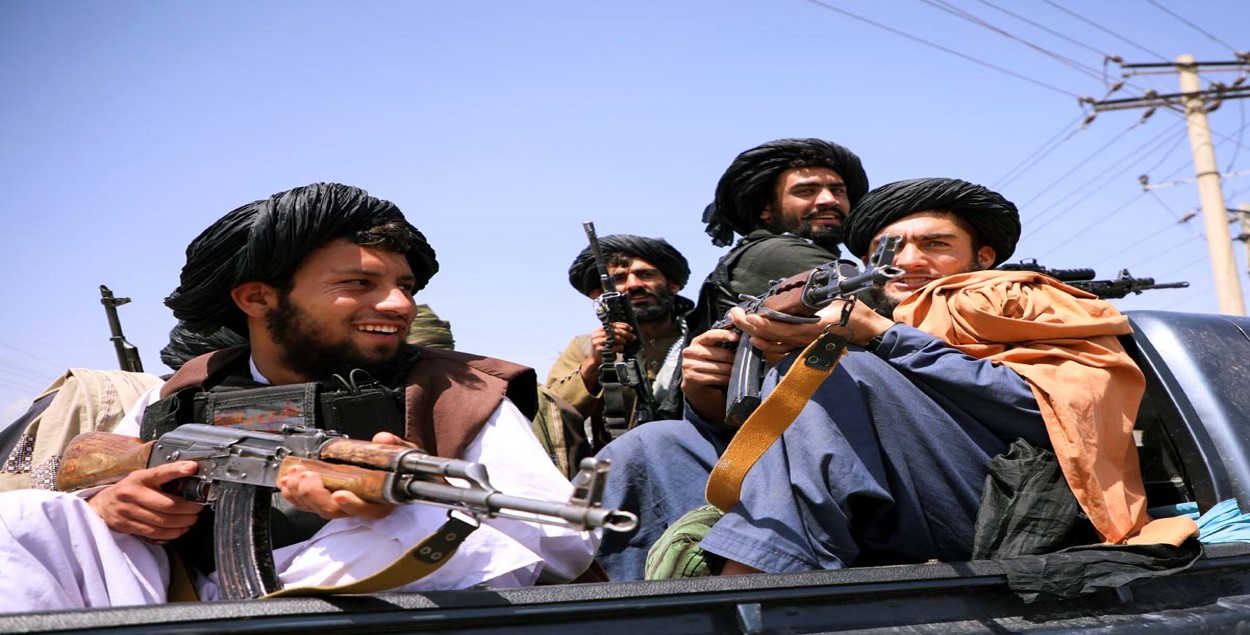 While the return of the Taliban to Kabul may have ended the internecine warfare within Afghanistan, the geopolitical contestation to own the spoils of Taliban’s victory has just begun. In a rather unfriendly neighborhood, New Delhi’s attempts at forming a regional consensus to stabilize Afghanistan, albeit wise and timely, will only achieve limited success thanks to the China-Pakistan coalition and its interests at play in and over Afghanistan. What is worse, India’s advances to court the Taliban and attempts to evolve a regional consensus on Afghanistan might deteriorate India-Pakistan relations and pose challenges for India in Kashmir.

While the recently-held Delhi Regional Security Dialogue on Afghanistan on November 10, 2021 was an important initiative to help Afghanistan stabilise, the sober reality is that the two countries that are key to stabilising Afghanistan — China and Pakistan — decided to stay away from it. Russia or the Central Asian states have neither the ability nor the desire to pursue a role in Afghanistan autonomous from the larger Chinese or Pakistani designs there. Iran has limited interests in Afghanistan and is unlikely to go against the Chinese plan for the region, especially in the broader context of being under United States sanctions.

While China seems to be approaching the Taliban-led Afghanistan in a cautiously slow manner, it is clearly poised to be in the driving seat of the regional, if not global, engagement with the region in the months ahead. It is a matter of time before Beijing recognises the Taliban as the legitimate government of Afghanistan, and it is likely to coordinate its recognition along with that of Russia and Pakistan. China’s long-term vision for Afghanistan revolves around the Belt and Road Initiative (BRI) project of which Afghanistan has been a part since May 2016. The China-Pakistan Economic Corridor (CPEC) is also viewed as a key component within the larger Chinese BRI project and Afghanistan could eventually become part of CPEC if and when the Taliban regime stabilises itself in the country. For China, there is a lot riding on the Taliban.

Even as Pakistan recognises the challenge to itself from an unstable Afghanistan, its current Afghan strategy reeks of a triumphalist attitude. While it lobbies the international community to help prevent Afghanistan slide into further turmoil, it is determined to keep India as far away from Kabul as possible even though the Taliban would like India to continue the engagement and offer development assistance. For Pakistan, Afghanistan is the mother of all zero sum games.

To aid or not to aid

The international community is faced with a dilemma in Afghanistan when it comes to deciding to help the country get back on its feet. Taliban and Pakistan refer to the U.S.-led coalition as ‘colonisers’ who just vacated the Afghan territory; and in the same breath, they seek assistance from those very ‘former colonisers’. Second, if the U.S. and the West indeed send aid to Afghanistan, it may or may not reach the people. And yet, if they do not help, Afghans will suffer untold miseries. But perhaps what might bother the West the most is that if they stabilise the country, they would still be called former colonisers, and Pakistan and China will benefit out of it geopolitically, making it, in that sense, a thankless job for the West. So the question before the western leaders is how to offer structured incentives to the Taliban, and when.

India now faces a new dilemma in Afghanistan — the first one was to decide whether to engage the Taliban or not. The successive governments in Afghanistan, including the current Taliban regime, have sought relations with India which has upset Pakistan. Pakistan has always been deeply suspicious of growing India-Afghanistan relations no matter who was/is in charge in Kabul. India’s current dilemma is also along the same lines. The Taliban want India to engage and help the country stabilise, but Pakistan resents that. Not too long ago, the Pakistani National Security Adviser had lashed out against India for (India) reaching out to the Taliban delegation in Doha. And now, Pakistan refused to attend the regional security meeting on Afghanistan called by India. These instances indicate that Pakistan would not like India to either develop close relations with the Taliban or be a part of any regional set up to stabilise the country. More so, it is likely that the more India gets close to the Taliban, the more the Pakistani side will increase the heat (read ‘attacks’) in Jammu and Kashmir. By maintaining ties with the Taliban and convening the regional security meeting in New Delhi, India has indicated that this is an acceptable risk.

Let me explain this dilemma a bit more. Very crudely put, if the Taliban regime is stabilised in Kabul without India’s assistance to the country, the more it is likely to do Pakistan’s bidding vis-à-vis India. On the other hand, the more India helps the Taliban-led Afghanistan, the more Pakistan will up the ante in Kashmir. This is a catch-22 situation that India finds itself in. And yet, India has little choice but to engage the Taliban.

The earlier Pakistani willingness to be conciliatory towards India on Kashmir before and in the run-up to the Taliban takeover of Kabul in August 2021 seems to have disappeared for now. This is at least partly due to the Pakistani triumphalism about the Taliban takeover of Afghanistan. The bilateral backchannel conversations in late 2020 and early 2021 had reportedly discussed the reduction of violence in Kashmir in general and a political understanding with regard to Kashmir. The February ceasefire agreement between India and Pakistan and the subsequent reduction in violence in Kashmir (i.e., infiltration of terrorists from the Pakistani side to Kashmir, terror attacks in Kashmir and ceasefire violations on the Line of Control) were a direct result of the backchannel understanding between the two sides. This understanding held until August when the Taliban takeover happened. Since then, violence data show that the backchannel understanding is withering away with violence in Jammu and Kashmir (J&K) spiking along all three indicators albeit gradually. More so, sentiments from across the border also indicate that the earlier Pakistani stand that it would accept the Indian decision to withdraw the special status to Kashmir (in lieu of New Delhi restoring Statehood to Kashmir and allowing political activity in the State) has now changed. It now demands that India fully reverts to the pre-August 5, 2019 position on Kashmir. In other words, the Pakistani conciliatory approach on Kashmir lasted only till the Taliban takeover of Kabul. At best, this is a post-facto change in the Pakistani strategy, and at worst, Pakistan was stringing India along.

The appointment of Sardar Masood Khan, former Pakistan occupied Kashmir President, as Pakistan’s Ambassador to the U.S. is perhaps yet another indication of the centrality of Kashmir in Pakistan’s foreign policy in the wake of the Taliban takeover of Kabul.

If this analysis is accurate, then we are likely to see more war of words and violence in the context of J&K. This will mean that any possibility of India-Pakistan cooperation in Afghanistan would be very hard to achieve. Beijing will play along; so will Iran and the Central Asian countries, for the most part. For New Delhi then, the options are to coordinate its Afghan policy with Moscow, Washington and the various western capitals while steadfastly engaging the Taliban.