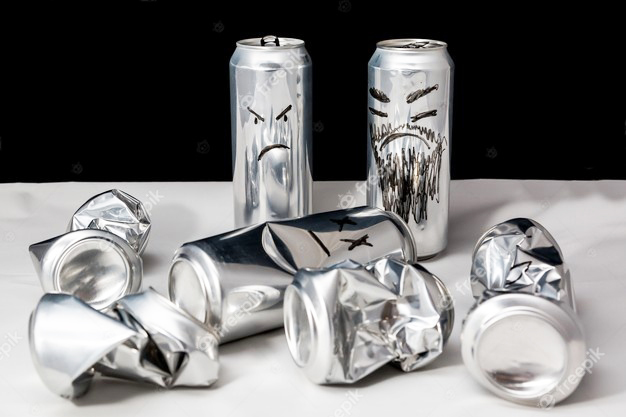 I was there in this plush cafe, waiting for my girlfriend to arrive. We had not been able to meet for over a month, thanks to the frequent Hartal and Chalo calls given by the JRL (Joint Resistance Leadership).

l’m a little afraid to exhibit my name in the media. More than a little afraid. You know why? Cause l could very well be dubbed as mukhbir. Like the way many were dubbed and then murdered in the recent and far past, for simply speaking the truth. Truth!

So let me use a nom de guerre to interact with you folks. Let me call myself Subu. Saves all of us the hassle. lntriguingly, Mom also calls me Subu, as if she knew that one day l would use the name as a veil.

And here she arrives, donning a red kurta pyjama, or was it maroon? Ya, maroon. l immediately started to tiff about her being late and l having to wait for far too long. Anyways, a man can never win a tiff from his muse. We ordered her favorite pasta and my favorite chicken nuggets. We ate and talked, talked and ate, chuckling all the way. Though l was good with my studies and toiled hard for my masters degree, that didn’t stop me from being naive and lousy concurrently. As Thomas Gray puts it, Ignorance is bliss. Duh! Albeit my GF, unlike me, would hardly let any stimulus in our immediate ecology go by without noticing it – critically noticing it.

“There’s a guy on the table behind you. He has been incessantly staring at you and trying hard to listen to our conversation,” said Subaira. Wondering who is Subaira? It’s the nom de guerre l have assigned to my girlfriend for the same reasons l have given one to myself. To ensure her well being and to keep her away from harm’s way. “No! No! No! Don’t turn back to look for him. He will come to know that you are aware of his presence,” continued Subaira. Aww!

While we exited the cafe, l nonchalantly caught a glimpse of the guy. Young man he was, suave and cool. Wearing blue jeans and white tee. Rugged hair but well-kept beard. Sipping cappuccino. Scrolling his iphone 11. With a black and white Apple Watch 6 clung over his left wrist. l noted him in detail. How could l have not? This bloke was overhearing mine and Subaira’s lovey-dovey conversations! l was not letting him go sans a scrutiny.

Our Efforts To Revive The Debating Culture Of Kashmir

A couple of months later, we wanted to start the debating culture in Kashmir, like the way they debate in cafes in metropolises. Like in Delhi, Mumbai and Bengaluru. ln our Kashmir, the spaces have been choked since the tumultous 90s.

Many of our intellectuals have been silenced to death for uttering plain truth. For standing up for truth! Remember, the mild mannered Shujaat Bukhari? How he was killed in broad day light and in cold blood? What was he killed for? For daring to resolve the K-conflict. For writing and speaking that the majority in Kashmir want peace and not this hoisted conflict. We decided to break out. Debate issues confronting us – the youth – threadbare and candidly. In a no holds barred modus operandi. This called for meticulous planning and execution. We took our sweet time in doing so. We wanted to do it right. We wanted to revive the debating culture, right! We wanted arguments and counterarguments, but never the trolling. Let’s agree to disagree was the spirit we wanted for our debates.

Debates At Our Favourite Cafe

What better cafe to start debating than the cafe where Subaira and I would date often. This sprawling plush cafe, ambient and extravagant enough to host more than a 100 debators. So Subaira, I and many of our pals met at the cafe. Drawing the plan. Contemplating as to what exactly should we debate on.

“Patriarchy! Patriarchy! Our first debate should be on patriarchy,” shouted one of our feminist pals. Subaira immediately latched upon the idea. How could she not, for here lay an opportunity to grab hold of chauvinist me. She thinks of me as a chauvinist and often taunts me so, covertly and overtly. Done! Patriarchy it was we were going to debate. Nayeema Ahmad Majhoor, the famous radio broadcaster, then the Chairperson of State Commission for Women, gleefully agreed to join the debate.

The D-Day arrived. We debated fiercely but mannerfully and in an accommodating environ. We streamed the debate live on FB and Insta. It went viral. We were appreciated by eminent Kashmiris and the common masses alike. Needless to say, trolls pesked us too. We were gung-ho at our feat. We never expected our first debate to be such a humungous hit. To’e Celebration To’e Banta Tha Na! So Subaira, I, and some of our pals were potato couching at the cafe, which by now we had turned into Sada Adda of sorts. Surprise! Surprise! There on the adjacent table sat the suave and cool-looking guy who was trailing me at the café. The one who was scrolling through iPhone 11 and sporting the black and white Apple Watch 6. Turns out he had been tracking us and had been enquiring about our whereabouts.

This time I turned at him and passed an over-friendly smile. Literally telling him – Bhai Tere Ko Kya Mangta Hai? He opened up ala a gluttonous fat kid, ready to puke things out.

The Offer To Toe The Jehadi Line

“Asalam-U-Alaikum Bhai. l have been following you on FB and I’m in awe of your writing. Allah has given you such flair and flamboyance,” he said to me. And introduced himself as Khan. A generic name.

He continued. “Wouldn’t it be wonderful if you make use of your flair and flamboyance to please Allah?” l couldn’t make much sense out of his utterances. We exchanged phone numbers nevertheless. For the next three months or so, he kept calling me on and off. lnitially we talked about cricket, Sadat Hasan Manto, Jaun Elia, John Keats, lmran Khan et cetera. And then he touched the raw nerve of K-conflict. He began speaking about how Kashmir was occupied and oppressed. How Pakistan is our blood brother. How Turkey was a significant ally in our Jehad. How Ghazwa-e-Hind was a prophecy and inevitability. l was stunned! l literally couldn’t believe my ears! This suave looking and iphone 11 scrolling guy was actually a Pak/Turkey stooge. He was roaming amidst us casually and predating upon our young and bright, indoctrinating them with fanaticism and zealotry!

Still not knowing how to react at such a brazen and bizarre offer, l confided in love. I confided in Subaira. Like love often does, she comforted me gave me strength and courage. We decided to report the predator (read: Pak/Turkey stooge) to the police chief. We gave the complaint in writing to the police to nip the evil in the bud.

K-Conflict is an artificial conflict, primarily initiated by ISI – the Pakistan deep state, with active aid and connivance of brother nations like Turkey and now Afghanistan. This artificial conflict has transformed into a dreaded Frankenstein’s Monster. Subaira and I pray and hope that our children do not have to endure and experience what we have endured and experienced hitherto.

May this toxic fog clear. May we be able to see clearly as to who is our friend. And who is our foe. Ameen