J&K story is no longer cast in despair 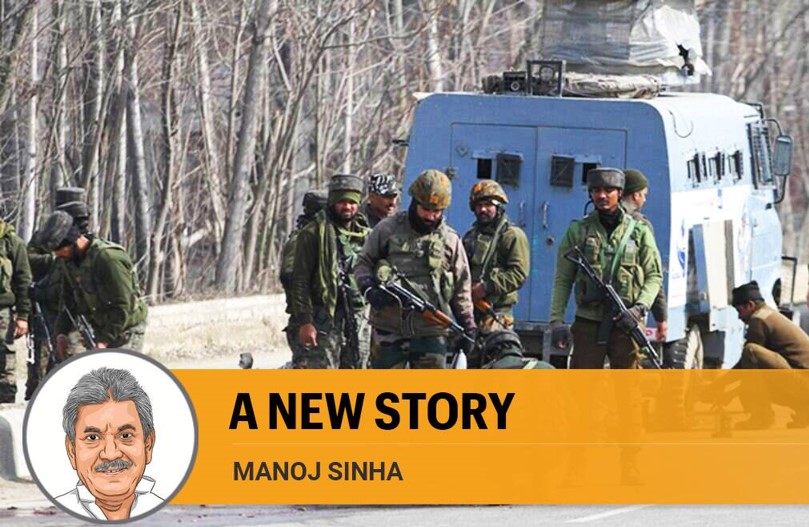 “Nothing more widely distinguishes man from man than energy of will.” In 1830, in one of her essays, Margaret Fuller, American journalist and women’s rights advocate, called for imagination, perseverance and confidence to build a bright future. The Union Territory of Jammu and Kashmir’s resolve for people-centric growth too hinges on a pragmatic imagination, perseverance and confidence.

The pandemic inflicted immense harm on humans. The resilience of the people of Jammu and Kashmir, however, has helped us in government to bounce back. J&K’s story is no longer cast in despair and despondency. The UT’s milestones and achievements are adding up to the mood of the country celebrating Azadi Ka Amrut Mahotsav. It shows that J&K is not just steadily adopting the principles of good governance but also bringing a seismic shift in addressing the concerns of the most vulnerable sections of society.

The numbers reflect the reality on the ground. We have managed to reverse the trend of the past seven decades by pushing targets for economic growth and employment. Alongside is the exponential augmentation in infrastructure. The growth in the business sector was also at unimagined speed, and within seven months, J&K was able to clock Rs 45,000 crore worth of investment proposals from various industries.

The first-ever real estate summit brought 39 MoUs worth Rs 18,300 crore. Our aim is very clear — build an industrial base for the economy and strengthen local enterprises and social stability. We have completed 21,943 projects in the last year alone — an unparalleled feat in the history of Jammu and Kashmir. Under Prime Minister Narendra Modi’s guidance, the Centre is building robust infrastructure for the Union Territory. Twenty-one mega projects under Prime Minister’s Development Package (PMDP) have been completed and nine more are likely to be completed by the end of the current financial year; power generation capacity is set to be doubled in the next five years, and road and tunnel projects worth Rs 1 lakh crore are being implemented. Eleven thousand vacant government posts were filled with complete transparency and on merit — another record in Jammu and Kashmir’s history. J&K is on a mission to renovate, reinvent and take a quantum leap from being a de-industrialised region to one of the fastest-growing areas in the country.

Fulfilling aspirations and needs is not a favour to citizens. It is the duty of the administration to ensure public services are delivered within a reasonable time frame and grievances are redressed to the satisfaction of the people. In J&K, however, governance has in the past existed for a privileged few.

The majority of the population was at sea due to the lack of inclusive policies. People were denied basic rights to even see their land records because of massive encroachment, illegal transfer of land and distress sale. We have started a campaign, called “Aapki Zameen Aapki Nigrani”, in every village to ensure all landholders are able to access their land records. It is aimed at empowering people through the removal of encroachment and illegal entries.

One of the key principles of good governance is openness and transparency. I believe people should have access to all the information regarding development projects and 100 per cent open bidding of work must be mandatory to enable transparency in the system. The entire information is now available at the click of a button. BEAMS-EMPOWERMENT, a simple process of accessing online details of all ongoing works in an area, has been made available to inform and solicit people’s participation in the overall development process and for offering corruption-free and clean governance.

With an extraordinary policy framework and stated outcomes, we are making a collective effort that will change the destiny of the UT. We have also taken several important steps to decentralise powers with the sole objective of accelerating people-centric policies, whether it is about infrastructural development or agriculture reforms, village-level entrepreneurial programmes or creating opportunities for rural women.

I believe participatory policymaking is a search for social equity. That’s why funds, functions and functionaries have been developed to strengthen and stabilise grass root institutions. More than 4 lakh women have been federated into 52,000 self-help groups to provide them employment and dignity. We have taken the historical step to empower Scheduled Tribes by implementing the Forest Rights Act that was earlier denied to them. Similarly, a large number of communities (like Mahajan, Khatri) who were earlier barred from owning agricultural land have now been permitted to buy and claim a title. Small and marginal farmers earlier barred from the high-density plantation of fruits have been given the rights of cultivation.

There were no institutional arrangements to rectify the mistakes of the past. The J&K administration, however, is determined to deliver justice to all. It launched the Kashmir migrant portal to return the immovable assets to rightful owners, who were forced to flee in the aftermath of the spread of terrorism in the Valley. It has enabled a large number of people to register complaints about distress sales, encroachment or other grievances regarding property.

The UT has to de-hyphenate itself from certain legacies. We want to assure people that violence and subversion attempts will be dealt with firmly. The ecosystem of terrorists and their sympathisers’ will be completely uprooted.

Nevertheless, we have been relentlessly working to scale up infrastructure — be it of power, roads or warehousing. Several schemes for people living in border areas have been started so that these villages can catch up with the better-off towns in a short period. It is this collective effort that has contributed to the unprecedented increase in tourist influx last year.

Under the guidance of the PM, we have been able to transform the healthcare sector and Jammu and Kashmir is today a role model for managing global pandemics. The health crisis, however, is still not over and I urge everyone to follow Covid protocols and help the administration. I am hopeful the New Year will bring hope and a new dawn in everyone’s lives.

An unfortunate incident took place at Shri Mata Vaishno Devi Shrine in the night leading to the New Year. We are heartbroken but we stand
by the families in grief. I can assure people that prompt action would be taken on the basis of an inquiry.