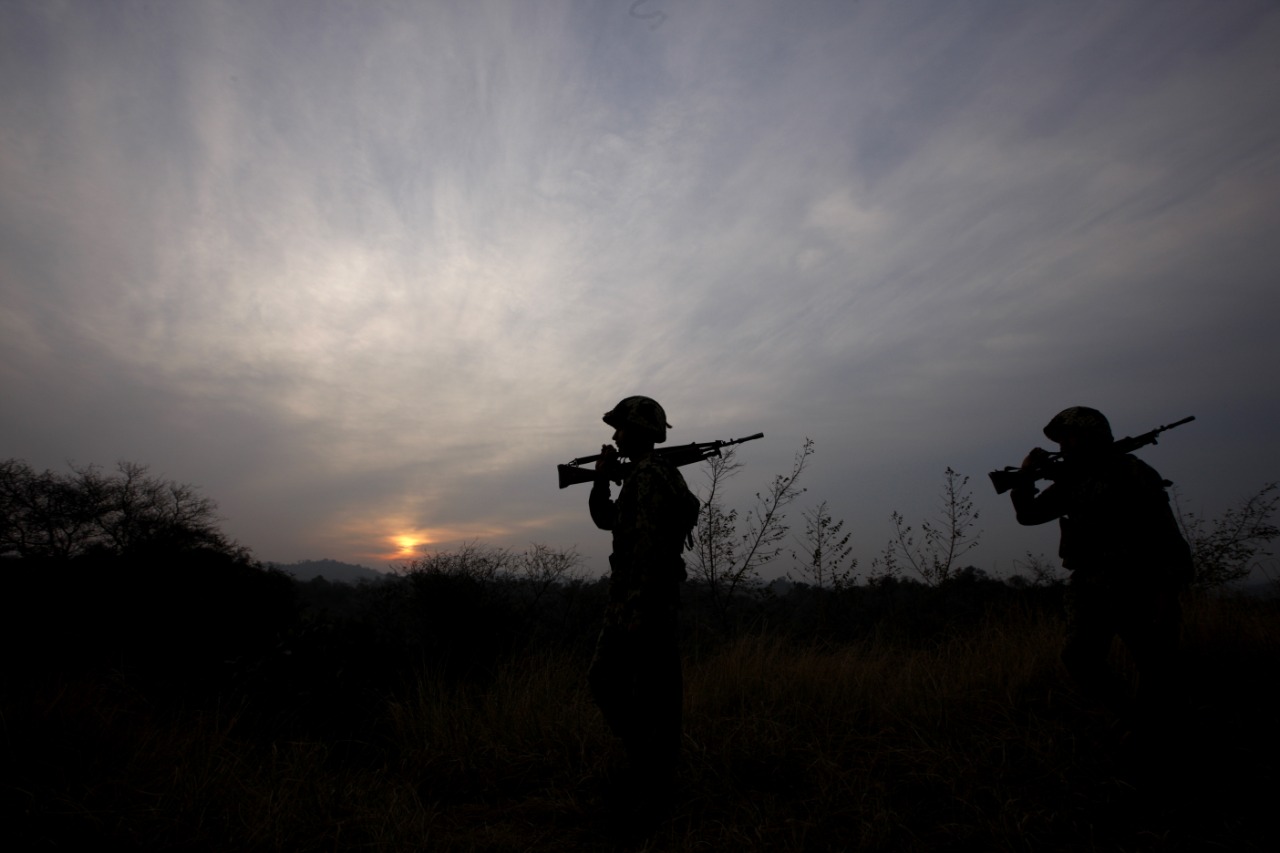 Alert troops on Sunday 19 Sep 2021, foiled a major infiltration bid in Uri sector in North Kashmir district of Baramulla.The troops guarding Line of Control (LoC) noticed a group of militants entering into this side from POK at Angoori post in Uri sector in the wee hours under the cover of darkness.

Mobile internet and phone services were suspended on Monday in the border town of Uri in J&K’s Baramulla district following a counter-infiltration operation going on there for the last 24 hours.

No fresh contact was established with militants and a massive search operation continued for the third consecutive day on Tuesday in the woods along Line of Control (LoC) in the north Kashmir district.

According to government sources in Delhi, a group of around six infiltrators managed to sneak in from Pakistan. A soldier was injured in firing during the infiltration attempt, they said.

The search operation near the LoC has entered its fourth day as the army is yet to call off searches as there has been no trace of infiltrators on Wednesday.

The “infiltration attempt” came around the fifth anniversary of the Uri attack that was carried out by Jaish-e-Muhammad militant outfit. In the attack 18 army personnel were killed and at least 17 were injured. The attack is seen as the deadliest on the security establishment along LoC in recent years.

For the past few months, the twin border districts of Rajouri and Poonch  in Jammu division along LoC also witnessed increased militant activities as many as nine militants were killed while three “operatives” were arrested.

In 2019, to thwart any infiltration along LoC by armed militants, security agencies had identified over 20 entry routes along the LoC in Jammu and Kashmir and have put in place multi-tier security but the infiltration attempts have not stopped.

In 2019, 219 infiltration attempts, with forty percent success with 141 successful infiltrations. In 2020, up to July the 47 attempts were made to infiltrate across LoC.

The guard can’t be lowered as we don’t know when things can turn volatile. Armed Forces are on constant vigil.

Also, September and October months are always crucial vis-a-vis infiltration attempts as passes and ridges generally used for the infiltration close due to heavy snowfall.