J&K: Fear of resurrection of terror through Taliban is unfounded 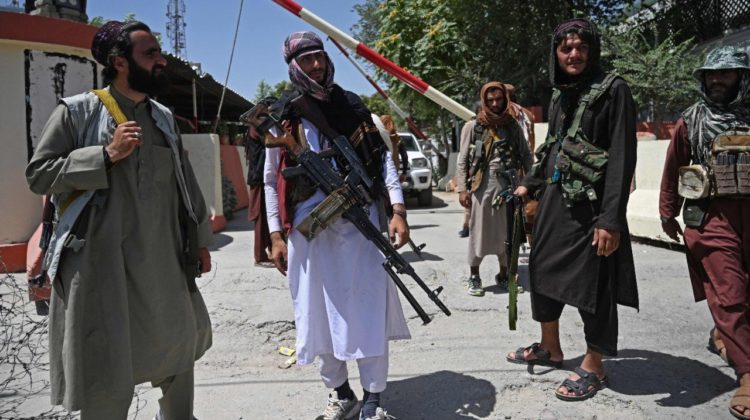 The Kashmir Valley has witnessed enhanced activity in the security domain over the last two weeks. Security Forces (SF) have achieved considerable operational success against terrorists. A major operation by the SF in Thanamandi, District Rajouri on 19 August, led to the killing of two terrorists. Sadly, a Junior Commissioned Officer (JCO) of the army, Subedar Ram Singh, also lost his life. He received a fatal gunshot wound from the holed up terrorists while leading the search operation in a heavily vegetated area. It is reported that the search party managed to bring down two of the terrorists. Subedar Ram Singh had been with the Rashtriya Rifles for about two and a half years and was due to retire in February, 2022. He was an iconic soldier who had also been a Drill Instructor in officers training academies.

On 23 August, the Jammu and Kashmir Police had a major success by neutralisations of two top commanders of the terror outfit, The Resistance Force (TRF). The terrorists were responsible for several killings and also motivated the youth to join the terror ranks. The more important of the two was Mohammad Abbas Sheikh, the chief of the TRF.

The TRF is an off-shoot of the diabolic terror organisation Lashkar-e-Taiba (LeT). The idea of creating TRF was conceived and implemented post the August 2019, reorganisation of Jammu and Kashmir and abrogation of Article 370. It was the outcome of a Catch 22 situation for Pakistan, wherein, it could not hold back terrorist and disruptive activity in Kashmir and yet it could not carry it out through known terrorist organisations due to intense pressure from FATF and other international bodies.

Pakistan wanted to make TRF more acceptable in the western world as an indigenous front of the Kashmiri people. Hence, for the first time and very cleverly, it chose for it a non-Islamic name. TRF further attempted to gain political legitimacy by issuing statements on political matters along with the terrorist activity.

On 24 August, a day after the big strike by the security forces against top militants of the TRF, three more terrorists were gunned down by SF in an encounter in Village Seer, District Sopore, after a heavy exchange of fire; a lot of war like stores were seized from the encounter site.

On 26 August, reports emerged about the arrest of two terrorists belonging to the Hizbul Mujahideen (HM) from District Kisthwar, south of the Pir Panjal mountain range. They were identified as Ashfaq Qayoom Tak and Tousif Giri and were said to be providing information with regard to the SF to senior terrorists for planning terrorist strikes. On their disclosure, a hideout was busted; the recovered cache included one 9 mm pistol with a magazine and 20 rounds, one grenade, one AK 47 magazine, two wireless sets and letterheads of HM, Doda division.

It is quite apparent from the foregoing incidents that the terrorist set up in Jammu and Kashmir has not relented from its nefarious activity despite the considerable reduction of its strength, wherewithal and strike capability. It is, in fact, attempting to extend its operation in areas south of the Pir Panjal mountain range and especially so in Doda, Rajouri and Kishtwar regions. The terrorist leadership knows that in earlier times these areas have remained hot-beds of terrorism and they feel that a revival is possible on the premise that the security forces would have lessened their guard over time.

The arms cache unearthed in Kisthwar where there only one pistol and an AK-47 magazine without the Rifle were unearthed is indicative of the lack of wherewithal to accomplish what the terror masters want from their depleted cadre in the region.

Terrorists are also active in the Kashmir Valley despite their reduced strength and strike capacity. The strongest presence is of the TRF cadre which has now witnessed a severe setback due to the operation mentioned above.

What is of significance, however, is that the TRF as well as organisations like the HM are keeping themselves afloat and operationally viable despite the pressure of the SF. There is a distinct possibility that the operational terrorist cadre in the Union Territory has been motivated with information from Pakistan of large scale availability of resources from the Taliban. It may be looking for methodologies to facilitate infiltration at a large scale from both sides of the Pir Panjal Range. This may well be the reason behind the enhanced activity in Doda, Rajouri and Kishtwar.

However, another derivative of the incidents that have taken place recently is the absolute control of the situation by the SF. They have a very strong and well coordinated intelligence grid in place which has literally clipped the wings of the terrorist activity. The moment a group even raises its head the SF come to know and they operate with lightning speed. It is very difficult for the terrorist cadre in the region to maintain its presence, what to speak of assisting in the infiltration process.

There is, however, a need to correctly judge the determination of the enemy. He will leave no opportunity to strike and will not relent from his evil plan till the last of its assets in the region are not neutralised. Even then he will remain on the lookout to rebuild. There is, as such, no room for complacency; the pressure, in fact, needs to be increased till it becomes unbearable and then sustained at a level where no leverage to recoup is allowed.