J&K experience to be mesmerising for G-20 delegates: CS 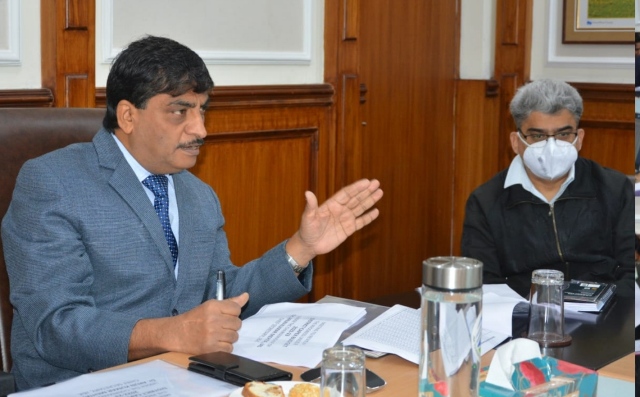 Chief Secretary Dr Arun Kumar Mehta on Friday observed that Jammu & Kashmir is going to be the best location for hosting the G-20 Summit events, saying the visiting delegates would have mesmerising experiences which they would cherish for long. Dr Mehta made these remarks while speaking during deliberations held with the delegation regarding the conduct of its meetings here in the Union Territory.

Dr Mehta said J&K has a breathtaking environment and the climate is also highly conducive for holding such events. He mentioned that the infrastructure has also been upgraded to a large extent during the past few years and is up to mark for holding prestigious international events like that of the G-20 Summit.

He said the situation here has improved a lot and it is worth noting that for the last one and a half years not a single strike has been observed in the UT. “The crime rate in the UT is very low. The tourist flow has been all-time high this year witnessing a record footfall of 1.62 crore visitors since January 2022, the highest in 75 years of Independence,” he said.

The Chief Secretary ensured the delegation that best possible arrangements would be put in place and the delegates would find an opportunity to watch the rich cultural diversity of J&K. He also took stock of other arrangements like hotel accommodation, protocol, city sprucing, holding of cultural events, transport, internet connectivity, medical facilities, and arrangements at airports, training of staff and other branding strategies.